This Sunday was the city’s Pop-Up MANGo event to demo and solicit input for possible neighborhood greenway proposals in the Michigan Ave. corridor of the Pico Neighborhood. It was well attended throughout the 11-3 event, by supporters, by detractors of certain ideas under consideration, and locals wanting to check out the ideas and give input. In my time as an observer of Santa Monica and regional planning efforts in other neighboring cities, I have never seen such a thorough effort (including prior workshops and meeting) to get feedback for a potential street reconfiguration, and now also demonstrate the possibilities on-site. The food trucks, live music, kids art booth and Italian ice were also nice touches to draw in more people than typical city policy wonks and local activists of various stripes. 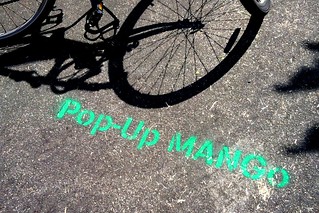 I heard an effort was made to demo neighborhood roundabouts in Culver City not so long ago, but that apparently the temp treatment was exceedingly ugly, did not demonstrate the potential for additional plantings, and phone numbers were put up to call into the city for feedback, rather than onsite face to face dialogue. That apparently didn’t go over so well. But I heard a lot of people delighted about the roundabout demonstrated at Pop-Up MANGo (of course some critics too), which was a pleasant surprise for me because I often hear so much push back to the idea when talking about them in the abstract to anyone who isn’t already an advocate for traffic calming.

The temporary roundabout demoed near chicanes very noticeably slowed car traffic going through (minus a couple of drivers I saw who were determined to turn through at speed anyways), and the diverter shown at 11th redirecting through car traffic westbound, visibly dropped Michigan Ave. car trip volume, especially in that 11th to Lincoln section often used to cut through for the freeway.

We’ll continue to follow the progression of this planning process, and I have some deeper thoughts about this event, and the reactions pro & con on various aspects of what has been pitched, and the process itself, but for now, here are some of my pictures from Pop-Up MANGo. It was a fun day, a great way to engage beyond the typical meeting process, and innovative for the public planning process in the region, with no precedents I’m aware of. But do let me know if you are aware of other SoCal cities that have done something like this, because I’d be interested to know. 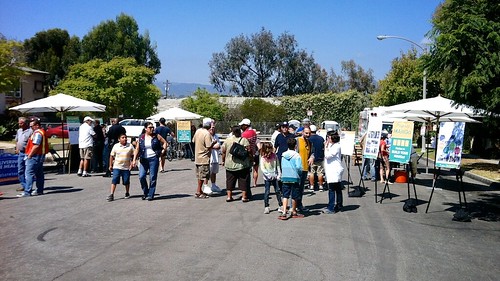 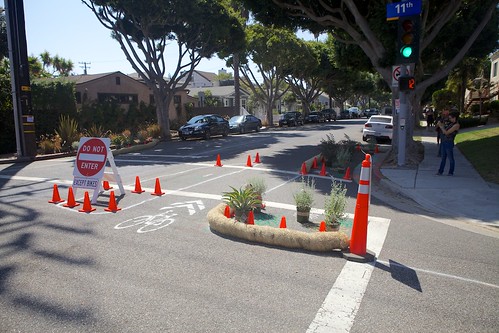 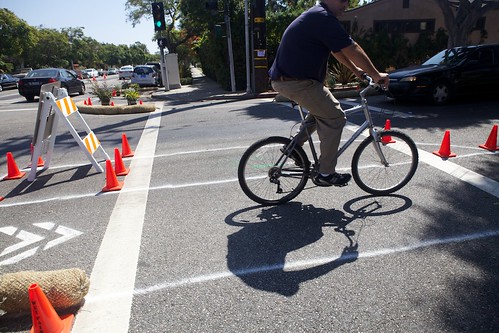 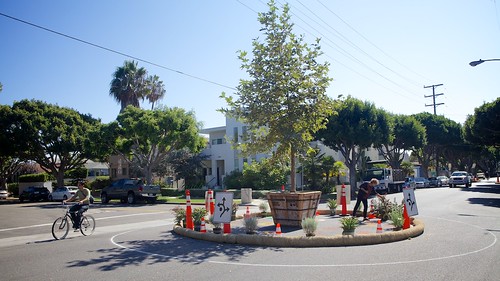 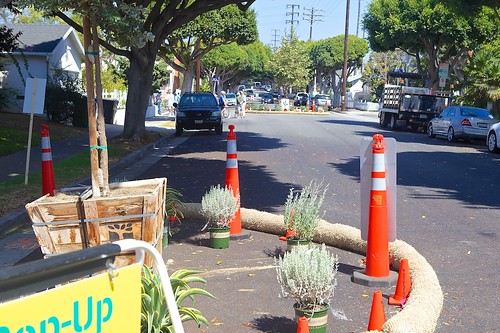 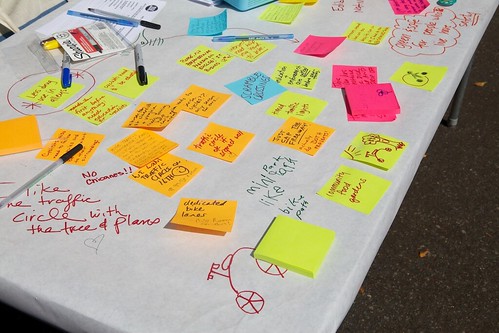 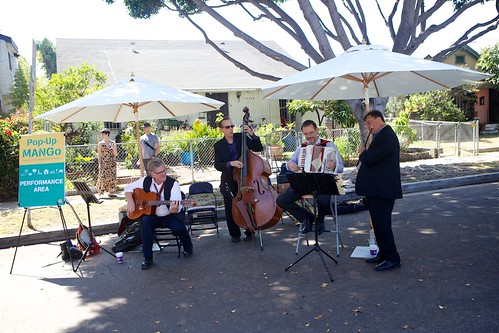 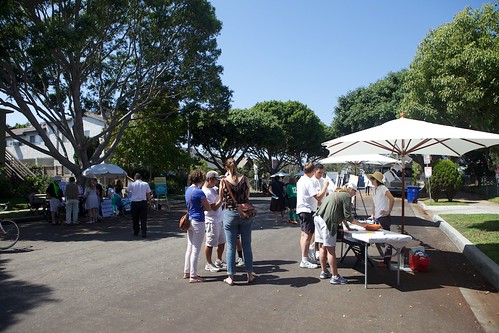 Pedicabs Have Been Operating In Santa Monica, World Did Not End,...