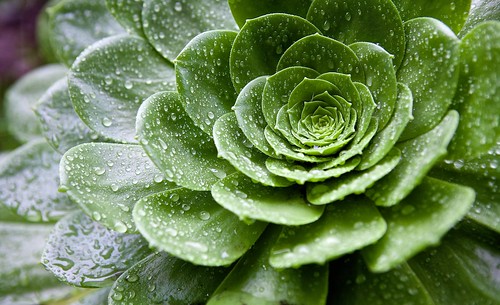 With the state of California experiencing it’s driest year in record keeping, water, which has always been one of the central defining feature of California politics, is back in the foreground. It may be raining heavily right now, but our deficit relative to usual conditions is much to great to be made up by this storm. I’ve heard proposed mitigation measures to reduce state water use that run a broad range from the simple gesture of turning off the faucet while brushing one’s teeth, all the way to draconian calls to limit or reduce the state’s human population (by what means or whom exactly never seems clearly articulated).

On the supply side we have state and national conservatives who don’t care in the slightest if maximizing California water transfers would condemn other species of life to extinction, techno solutionists hawking costly air moisture vacuum contraptions, and groundwater being overdrawn in our agricultural regions as we speak.

Before fretting too much over toothbrush rinsing (why that always seems to be one of the things called I don’t know), it is important to have a sense of scale for relative water uses. First and foremost, most of the water used in California supports our state’s extensive agricultural needs, vital both to the state itself and to the supply of many varieties of vegetables and fruits throughout the U.S. That heavy tilt to agricultural use is no justification for waste in urban uses , and in the Southern California, residential water use is substantial. Agriculture is not something that can turn on a dime, but in the pursuit of long term sustainability, food choices; what to grow, where, how it’s done and what we eat, can make a bigger difference than many of the usual things that come up when talking water conservations.

There are a good number of sensible things, neither ineffectual, ridiculous, extreme, that we could be doing to conserve water in the urban context that as far as I can tell, aren’t really happening on a sufficient scale. It makes no sense to me that in the driest year on record, there are still sidewalks being watered down (which I report on GoRequest), barely utilized lawns being kept green, among many other obvious signs of imprudent water usage. Before we even begin to consider the extremes, why don’t get some basics right first?

Landscaping looms large in the urban water use context, with a substantial amount of water being used outdoors. I know for some the suggestion is some ghastly unspeakable horror, but I think it’s time to ditch the culture of short blade grass, and in the short term, just let it brown. We’re not at the point of emergency, but advisory in regards to water management, but we don’t know if the drought will end next year or not, and farmers are taking hits to business operations while we’re still irrigating large swaths of grass. There are a wide variety of gorgeous plants and landscaping treatments that can thrive on minimal water, and are attuned to our long dry periods and capturing the rain when it hits.

At a UCLA lecture this week , Gil Borboa, the Water Resources Manger for the city of Santa Monica,  highlighted the city’s water plan, and our progress toward the city goal of 100% locally sourced water by 2020, a goal he sounded confident we could achieve or come very close. He went over some of the local conservation opportunities necessary to ensure reductions in use even under expected modest population growth under LUCE guided development. I knew landscaping is a big deal, but also one more remote to my personal experience living without a yard of my own. One of the big items he pointed to that I was less aware of was that upgrading coin-op washing machines to more efficient models was among the largest potential savings in the city. Which also raises the issue of limits to personal behavioral shifts.

For example at my apartment building I do not own the washing machine, and do not see a metered bill related to water use, and there is not any particularly strong incentive for the building owner to change the machine. In some buildings coin-op washers and driers are leased through an outside third party as well, further complicating the picture. Without stronger incentives to switch, inefficient machines are likely to remain, and there isn’t a lot that tenants can do on their own about it.

On water, as in many other environmental issues of concern, there is a tension between calls for personal behavioral change, and system change. Derrick Jensen’s 2009 essay in Orion Magazine, Forget Shorter Showers, articulates a strong case for the greater importance of system and structural changes. I tend to agree with the caveat that I don’t see the approaches as mutually exclusive. Without meaningful effort within our lives as advocates for change, few others will take our calls for broader system reforms seriously, or write it off as hypocrisy. It’s easy for calls to change to be perceived as detached elitism that wants all those other people to change.

At times in my transportation writing and speaking, I take stances which deeply challenge the primacy of automobiles in our society. Were it not for my living without owning a car, and riding and taking public transit to get around, I don’t imagine it carrying the same weight. Many people look for the cues to put those speaking difficult truths into a box of hypocrites they can tune out. That doesn’t mean we must be saintly or perfect, no one can keep that up all the time or exclusively, and within certain structures or systems, it can be near impossible to avoid the use of those aspects of the system we seek to change. Where the calls for personal lifestyle change falls flat, is when it becomes a kind of “good enough”, I did my part by buying X “green” product, or doing Y, so that’s it. That tendency is what Jensen calls out so strongly in his essay.

Right now, local municipal water rates are such that you can refill a water bottle about 3,000 times for a dollar according to Borboa. Whether by pricing, other forms of regulation on usage, or some of both, California must place a greater value on our precious water resources to ensure sustainability. In addition to wasting less, there are also sources we could capture that we let wash away. As I write this, fresh water is rushing out of our Los Angeles region flood channel system into the sea, but there is a lot more we could be doing to capture rainfall (Santa Monica offers rebates on rain barrels), or allowing more of it to recharge aquifers. Runoff connects transportation to water, as our over reliance on spatially inefficient private cars and broad coverage of impermeable surfaces undermines the retention of water in the ground, one of many interconnections in the various sustainability challenges we face.

William Mulholland famously opened the Los Angeles Aqueduct with the line “There it is. Take it!” However a lesser known William Mulholland quote was relayed to the crowd at the L.A. Aqueduct centennial last November, by his great grand-daughter Christina Mulholland: “Enjoy the water. Never waste it.” It is on that latter note that we must approach water in 21st Century Southern California.

Gruber: The Pipes, the Pipes, Are Calling: “Maintain Us!”