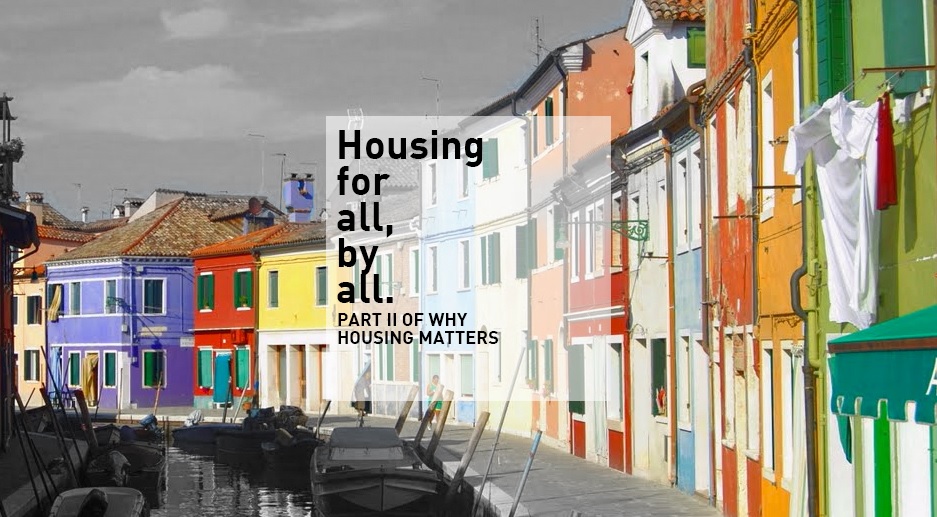 Editor’s note: This is part two of a seven-part series written by by Steven Chaparro for Longbeachize, also a publication of Southern California Streets Initiative and Santa Monica Next’s sister site. The series explores, in depth, the importance of housing in general and in Long Beach in particular. For part one, click here. – Jason

You may not know it but this firecracker of a woman has probably affected how you live, work, and play more than anyone. Jacobs (1916-2006) was an urban writer and advocate who evangelized a new, community-based approach to city-making for over four decades. Her game-changing perspectives included cities as ecosystems, the benefits of mixed-use development, a bottom-up approach to community planning, and a case for higher density.

“Cities have the capability of providing something for everybody, only because, and only when, they are created by everybody.”

― Jane Jacobs, The Death and Life of Great American Cities

When I first enrolled at the USC School of Architecture, her 1961 manifesto, The Death and Life of Great American Cities, was one of the first books we were required to read. Her book became arguably the most influential American observation about how cities worked and failed, inspiring generations of urban planners and activists. Unfortunately, I didn’t really grasp the impact of her ideology until later in my career.

In retrospect, those readings embedded an ethos which has informed my approach to city-making and even my career and living decisions. It is through her famously laudable perspective that I approach and present the question at hand: why does housing matter in Long Beach?

Let’s first set the context of our housing conversation: Long Beach, whose housing history is as diverse as expansive as its population is today.

Long Beach is in a strategic location which benefits significantly from strong employment and educational institutions. The City’s economy is expanding and shifting from manufacturing industries to an information-based economy. To facilitate this transition, new housing opportunities are needed to accommodate this newly emerging workforce yet without ignoring affordable housing.

Housing matters because the economy matters.

Long Beach has a high diverse resident population. Such diversity manifests itself with significant housing implications, as housing needs and preferences commonly vary by age of residents, household type, and cultural practice, among other factors.

With over 176,000 existing housing units, Long Beach offers a diverse range of housing units from single-family homes to high-density condo and apartment buildings, both old and new. While future housing growth will continue to be a priority, the City will also be active in preserving and creating affordable housing opportunities for its residents.

In the last 10 years, the City’s economy has improved although unevenly. Residents in some areas suffer overcrowding and overpayment. Certain neighborhoods have a high percentage of older housing units which require a focus on neighborhood preservation and improvement.

With all the vibrancy that comes with diversity, its corresponding challenges must not go unnoticed or unaddressed.

Over the next decade, Long Beach will face challenges such as ensuring the quality and affordability of housing stock, ensuring that suitable housing is available to all persons of all economic segments, directing investment to lower income areas, assisting individuals and families with special housing needs, and meeting the needs of a diversifying community.

So, how to do we plan to meet these challenges? The 2013-2021 Long Beach Housing Element sets forth policies and programs to address these needs.

Adopted on January 7, 2014, The Housing Element is one of twelve chapters that form the Long Beach General Plan. The General Plan is currently being updated as part of Long Beach 2030 whereby land use, mobility, urban design, historic preservation, and sustainable components are being written. This Housing Element builds on the other General Plan chapters and the policies and programs set forth remain consistent with the goals, policies, and objectives of the entire General Plan.

In June of 2000, the City adopted the Long Beach 2010 Strategic Plan. Its vision is that “Long Beach will be a community of neighborhoods focused on youth and education, with safety and economic opportunity for all, and a responsive, accountable government, in a healthy, green environment.” The goals and policies and objectives of the Strategic Plan are incorporated into the Housing Element by reference.

In 2012, the City updated its five-year Consolidated Plan for the use of specific annual funding by the City. As part of that process, the City conducted an extensive public participation process to solicit input on housing needs and ideas for programs and activities to be funded over the next five years.

Throughout this engagement, there were two major recurring themes that emerged: the need for economic and community development. There was a call for investments in job creation/retention and business assistance. Additionally, the need for foundational assistance and investment was expressed for affordable housing and neighborhood improvements.

A Housing and Community Development Needs Survey was initiated and received 325 responses. Among the top needs identified, many were housing related such as affordable rental housing, homeless shelters, and housing for victims of domestic violence, seniors, disabled, substance abuse.

While it would be easy to focus on the new housing needs of emerging knowledge-based workforce, it is clear that a comprehensive plan is needed. The Housing Element is meant to be such a plan.

The Housing Element covers an eight-year period from 2013 through 2021. It is a zoning document which identifies policies, programs, and objectives which focus on the following objectives: (1) conserving and improving existing affordable housing, (2) providing adequate sites for new housing, (3) assisting in the development of affordable housing, (4) removing governmental constraints to housing development, and (5) promoting equal housing opportunities for Long Beach’s population.

To prepare the Housing Element, the city compiled data from a variety of sources: demographic and lending pattern data, housing market information, and consultation with public and private agencies.

It was also important that this strategy be formed as a result of a collaborative effort between city officials and members of the community. Public participation was solicited through various meetings in the community, at Planning Commission hearings, City Council session, and numerous consultations with stakeholders including individuals, organizations and agencies.

Now, it is imperative that we understand one thing about this document; it’s just a plan.

If we were to ask Jane Jacobs why housing matters, I am confident she would say, “…because people matter.”

So, here’s the doggie bag of action that I want us all to take. Yes, let’s talk about it, but more importantly, let’s do something about it.

What do you say? What will you do?