Hey folks! We wanted to say a hearty thank you to those who came out to Santa Monica’s Next Round happy hour, with Consensus Inc., on Friday and L.A. Streetsblog/Santa Monica Next’s first ever play date on Saturday at Tongva Park.

On Friday, about 30 people turned out to Santa Monica’s Next round happy hour at Wokcano in Downtown Santa Monica to celebrate the coming weekend and talk about what we hope for our city’s future. If you missed it, sign up to be notified of the next one at santamonicanation.nationbuilder.com 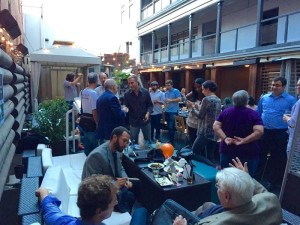 Among those who came were City Council candidates Frank Gruber and Nick Boles. Santa Monica City Councilmember Pam O’Connor, who is running for reelection, swung by, as did a few other notable local leaders.

We had plenty of fresh, young faces, too. We even got some new voters registered in time for the upcoming election.

At the event, we asked people to write down some of their hopes for Santa Monica’s future and place them in a jar.

Here are some of their responses: 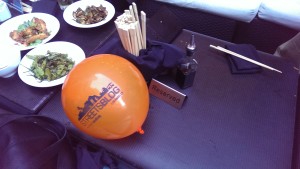 More options for public transport that don’t include being stuck in traffic.

Let Santa Monica grow for the “next” generation! 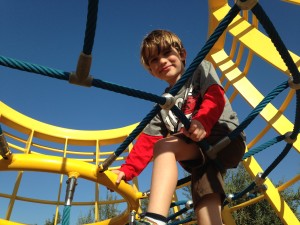 On Saturday, we headed to Tongva Park for a L.A. Streetsblog/Santa Monica Next’s first ever family play date. We had Frisbees, balloons, but mostly, we had fun.

As an alternative to our usual programming, which often includes happy hours, we thought we should start hosting some kid-friendly events.

Santa Monica City Councilmember Terry O’Day stopped by with his kids, as did Santa Monica College Trustee Andrew Walzer and his family.

We also got a surprise visit from Santa Monica School Boardmember and candidate for State Senate, Ben Allen.

This weekend won’t be the last time, so stay tuned for the next play date.