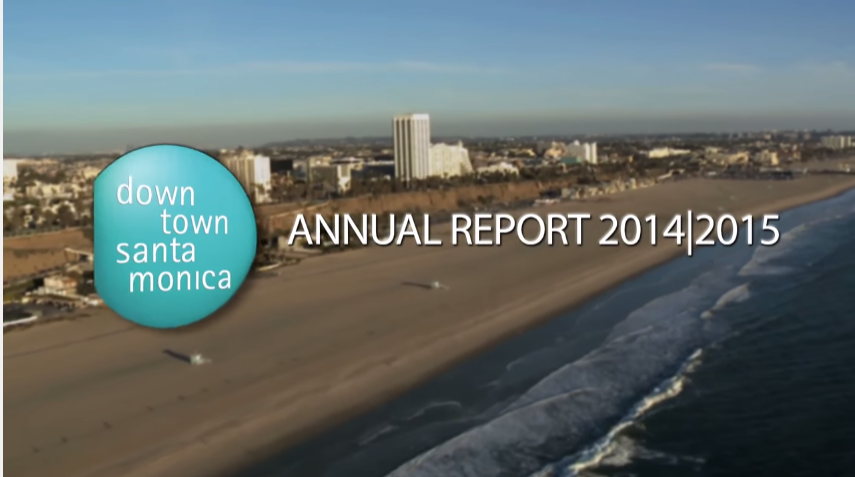 At its annual meeting Thursday morning, Downtown Santa Monica, Inc. — the nonprofit that oversees the city’s thriving core — celebrated the district’s growth and continued success as a world-renowned destination while welcoming coming changes.

At the morning gathering in the Fairmont Miramar Hotel, residents, business leaders, and elected officials heard from Downtown Santa Monica, Inc. and city officials about the current state of the city’s “living room,” which draws more than 20 million visitors from around the city, the region, the country, and the world, each year.

“People don’t just come here to shop; they come here to study the secrets of Santa Monica’s success,” he said, adding that three decades of public-private investment in Santa Monica’s “civic and cultural heart” has turned the Downtown into an iconic and internationally-recognized destination.

“By any measure, Downtown Santa Monica is a roaring success,” he said.

While the Downtown is less than four percent of Santa Monica’s eight-square-miles, it accounts for more than 33 percent of the city’s sale-tax revenue, money which goes directly to pay for better schools, parks, streets, and public safety, DTSM, Inc. CEO Kathleen Rawson said Thursday.

That’s in addition to the money generated for the city from the taxes levied on the the Downtown’s eight hotels, she said. The city’s hotel tax alone accounts for 14 percent of Santa Monica’s half-billion dollar budget.

Downtown Santa Monica is “proud to be such a substantial contributor to improving the quality of life” for residents, Rawson said.

Additionally, Downtown Santa Monica is home to more than 4,000 of the city’s residents, with the median rent for the area falling around $1,500 a month. That number is lower than some might expect because, Rawson said, much of the city’s affordable and senior housing is located Downtown.

Though the median rent is surprisingly low, it is still up nearly 13 percent from the 2014 median rent. It’s no coincidence that rents are skyrocketting, since the city-wide residential occupancy rate of 94 percent (according to Cole) illustrates the wild imbalance between the artificially low housing supply and the high demand to live in Santa Monica.

More than half of the city’s pending future residential projects are proposed for Downtown. Currently, there are 1,436 new units pending or approved Downtown, according to DTSM, Inc.’s annual report [PDF]. About five times more people work in Downtown than live there, Rawson said.

At the same time, he said the future of Downtown should be “a better Downtown, not just a bigger Downtown.” He singled out street events like the Farmer’s Market and other cultural institutions like the public library, the Santa Monica Museum, and the Winterlit Ice Rink as the sort of cultural resources Downtown needs more of to “debunk the myth that locals don’t go there anymore because it’s too crowded” and to improve the neighborhoods for the “thousands of people who have chosen Downtown Santa Monica as a place to live.”

“The soul of Downtown is what will bring people back year after year,” he said.

And then there is the Expo light rail, expected to start passenger service in less than a year, bringing rail transit back to Santa Monica for the first time in more than six decades.

Expo is “the biggest thing to happen to Santa Monica” since the I-10 freeway opened in 1965, Cole told the crowd Thursday, emphasizing that creating a convenient, safe, and interconnected transit network — like Breeze Bike-share and Big Blue Bus’ Expo integration plan — as an alternative to single-occupancy vehicles is “the long run solution to our traffic challenges.”

Get A Peek at the Downtown Santa Monica of 2030