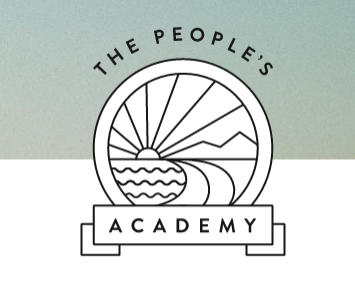 On her first day at the Santa Monica People’s Academy, Sabrina Fields had an eye-opening experience.

The native of the bayside city decided to take the six-week course, offered by the city manager’s office to help residents better understand the workings of city hall, to reacquaint herself with her hometown after being away at college.

On her first evening attending, she learned more than she was expecting. The topic discussed that night was affordable housing, an issue that Fields — who works for Community Corporation of Santa Monica, the city’s largest nonprofit developer of affordable housing — is well-acquainted with.

Someone in the class asked, “Why is affordable housing something we should care about?” The city’s director of housing and economic development, Andy Agle, was there, but another student took it upon himself to answer.

The man explained that the city’s affordable housing production program, which requires that 30 percent of all new housing that is built in the city be rented at below market-rate rents to moderate- and low-income households, was, in fact, politically motivated. He said, the only reason the city builds affordable housing is to assure that those currently in power get reelected.

[pullquote align=right]
“You will build great relationships with people. You’ll meet people you never knew would be your friend before you took the course. It’s the meatiest, most personal orientation to your city you could have.”
[/pullquote]Fields was taken aback, since she not only works in the field of affordable housing, she grew up in Mountain View Trailer Park on Stewart Street in Santa Monica and attended school here before going off to college in Seattle and becoming the first in her family to attend a four-year university. She returned to Santa Monica in 2013 after completing grad school at the University of Washington.

Fields said, upon hearing this, she thought, “Wow! That’s what the perception [of affordable housing] is. I knew I couldn’t leave without saying something.”

So, she spoke up and offered a counter perspective to the narrative just espoused by her fellow classmate.

Andrew Nicholas, a 37-year-old transplant from Colorado by way of New York, had to miss class that night, but he heard about the exchange.

“Everyone I know who was there said that it was awesome that you were there,” he told Fields during a recent conversation with Santa Monica Next about their experiences with the People’s Academy.

It was an example of exactly how the People’s Academy, designed as an informal and accessible way to get everyday Santa Monica residents engaged directly with city staff in a hands-on environment, is supposed to work, said Matt Mornick, former assistant to the city manager and the creator of the program.

The People’s Academy is open to people who live and work in Santa Monica and it’s a one-night-a-week commitment for six weeks. All you have to do is apply. For each six-week session of the People’s Academy, 20 participants from a range of backgrounds — age diversity is especially important — are selected. As a result, there’s bound to be some disagreement, but that’s part of the point, said Mornick.

“Sabrina very eloquently and calmly stated that that is not true from her own personal and professional experiences and the whole room’s jaw hit the floor because one person begins the discussion by saying, ‘This is the way reality is’ and you can see people forming their opinion and Sabrina spoke up and said, ‘Actually, this is how reality is,’” Mornick said.

Describing her experience in the People’s Academy, which meets once a week for six weeks when in session, Fields said, “I think ‘eye-opening’ is the best way to put it because I was getting to know more about the people who live and work in the community that I grew up in and also now live and work in.”

It wasn’t always comfortable, either, said Fields. Especially since she was one of the few women of color in the program.

“If I’m being honest, I felt a little bit intimidated sometimes just because there weren’t very many people of color who were part of the group,” she said. “Often times, when I would speak, I’d have this feeling of like, ‘Oh, no! It’s the black girl who’s going to say this, who is super in support of social issues.’”

For that reason, she said she felt her presence at the People’s Academy was especially important. She offered a perspective that might not otherwise have been represented, her exchange with her classmate about affordable housing being an example.

Nicholas, who works for OPCC (formerly, the Ocean Park Community Center), a nonprofit that offers people experiencing homelessness a variety of services, was drawn to the course because of how unique it seemed.

“I was inspired that the city was doing it because I don’t think a lot of cities, or any level of government, invites that kind of participation. It was unusual, at least in my experience,” he said, reflecting on the his response when he first heard about the program.

“It felt like it was designed for a member of the community, not just policy wonks,” he said. “But, the level of access it had was also surprising.”

Each class features some of the city department’s top administrators who come in to help facilitate a conversation about what goes in at city hall around particular issues.

“Every class was very engaging. Even the one I expected to be a bit ‘yawny,’ which is the one we talked about trash. It actually ended up being one of the most meaty. Everything about each class was very practical,” said Nicholas.

For Fields, the day the transportation department came to talk was a stand-out class.

“We had to — hands on — think about how do we structure a street,” she said, describing the project that day. The exercise that day was for the participants, working in groups, design a street. Each group had to accommodate bus, bikes, pedestrians, and cars, but each group was also given one mode to prioritize.

“Never before did I think about driving and bike lanes and bus lanes and how that functions differently in relation to traffic and all these things. Even through that, I learned so much more about community from the people I was sitting at the table with. You have a bike rider, you have someone who rides the bus, and you have a car driver,” Field said. “How do you think about putting a street together in relation to all our modalities of transportation?”

Nicholas agreed that that class changed the way he thinks about cities.

“I will never drive down a street again and not think, ‘how wide is this street?’” he said. “One of the things that is fantastic about the organization of the class is that it’s not a seminar. You aren’t sitting in some rows listening to people tell you stuff. Almost all of the interaction is organic,” Nicholas said.

Mornick said that while learning about the city is an important component of the People’s Academy,  “the real design of the class wasn’t based on you walking away with an understanding of transportation, water usage, the urban grid. That was secondary to the interest in you in exercising how to have a discussion with people you disagree with and come to some kind of consensus. We gave you situations where you had to work together,” he said.

“That’s what democracy is all about: how do you get people from disparate backgrounds, different perspectives, to come together and do something for the greater good, not just for their own self-interest,” he said.

Fields encouraged people thinking about signing up to do so.

“Take the opportunity and the risk. You’ll get fed,” she said. “And also, it’s a great way to engage in city politics without feeling like you have to know Robert’s Rules of Order. You’ll have Honest conversations with people in your community.”

Anyone who takes the class will come away with a lot, said Nicholas.

“You will build great relationships with people. You’ll meet people you never knew would be your friend before you took the course,” he said. “It’s the meatiest, most personal orientation to your city you could have.”

To learn more about the People’s Academy or to sign up, visit academy.smgov.net.