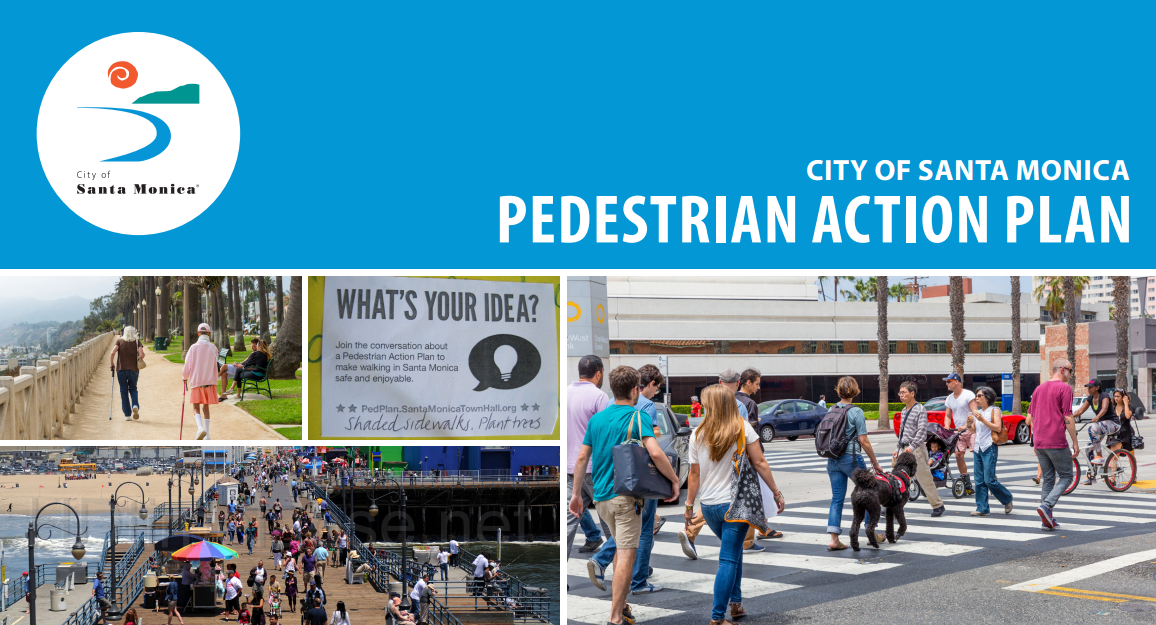 Update: The Santa Monica City Council approved the extension of Breeze Bike Share into Venice and the Pedestrian Action Plan.

At its meeting Tuesday, the Santa Monica City Council will vote on whether to finalize plans for five Breeze Bike Share stations in Venice. The Council will also decide whether to move forward on Santa Monica’s Pedestrian Action Plan, a comprehensive policy document for creating safer streets over the next 15 years.

The Council will vote on whether to move forward with a memorandum of understanding with the city of Los Angeles that would allow CycleHop, the operator of Breeze Bike Share, and Santa Monica to install and operate five stations in Venice. The five stations outside of Santa Monica were included in the initial grant funding Santa Monica got to help launch the bike-share system, according to staff.

“Staff has received numerous requests for stations in the Venice area of Los Angeles, and therefore initiated conversations with Los Angeles City Councilmember Mike Bonin’s office to pursue the expansion of Breeze Bike Share to that district,” according to the staff report.

Since its launch in November, Breeze Bike Share has gained about 9,500 active members, roughly 10 percent of the population of Santa Monica. What’s more, the Venice stations would represent the beginning of the regionalization of the county’s first public bike-share system.

Also at Tuesday’s meeting, the Council will also consider an item that would get the ball rolling on the city’s forthcoming Pedestrian Action Plan, which includes a Vision Zero approach to street planning.

Vision Zero, a road safety concept that holds that all traffic deaths are preventable, began in Sweden and has spread to many United States cities in recent years. Vision Zero strategies aim to end all crash deaths, whether pedestrians, drivers, passengers, or others.

Tuesday’s item calls for the Council to set a public hearing for the plan, at which it will hear testimony and vote on whether to adopt the plan.

The plan itself is more than 100 pages long and offers a mix of strategies to achieve the ambitious goal of a Vision Zero city. Some of those strategies include:

The plan outlines a number of policy goals besides Vision Zero, however. Included among those goals are making walking the first choice for Santa Monicans, creating a “barrier-free” walking network, focusing on equity in access, promoting walkability coordination between city departments, and educating the community about safety and benefits of walking.

The plan also offers some fine-grain details about where people are walking the most and where they are not. Unsurprisingly, Santa Monica’s downtown core, with its housing and jobs density, has a lot of people walking.

“The recommendations in the draft Pedestrian Action Plan are based on detailed spatial analysis of where pedestrian demand is highest, where pedestrian facilities could be improved, and where pedestrian collisions have occurred. This detailed approach was taken to maximize the effectiveness of implementation actions going forward,” according to the staff report.

“The recommended actions take the form of practices that address how the City completes its day-to-day work, programs to encourage people in the community to safely walk more, and specific infrastructure projects to improve Santa Monica’s walking environment,” the report says.