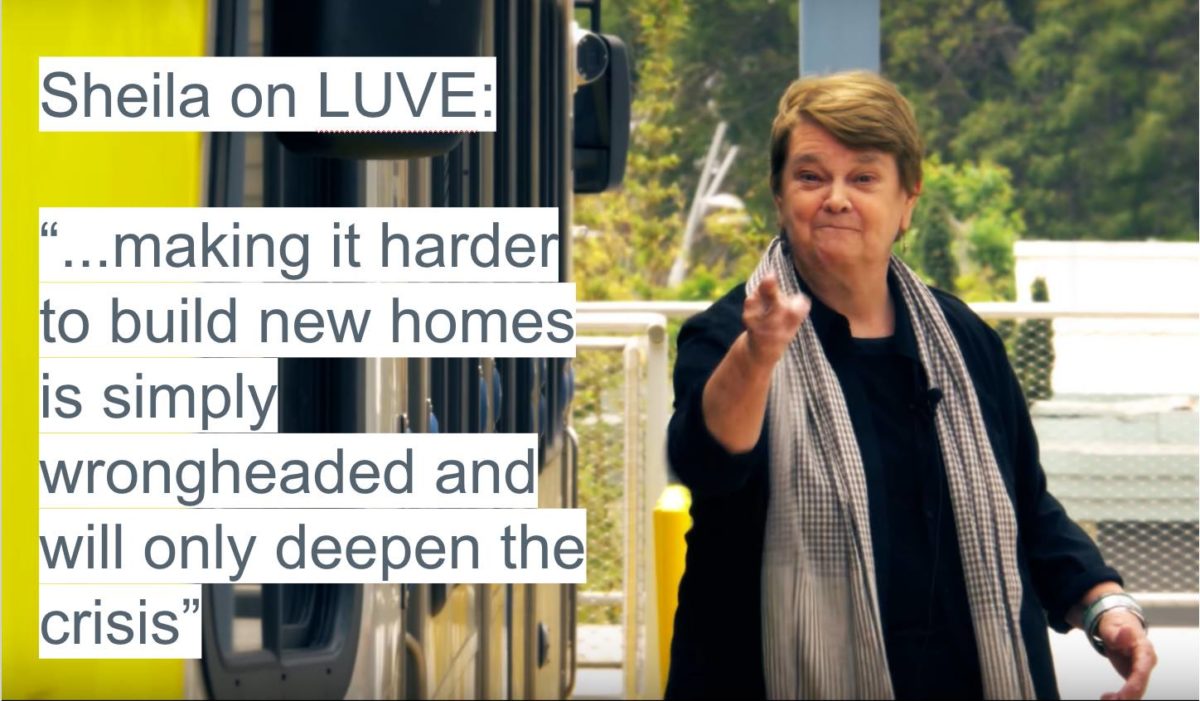 Citing concerns over its impact on housing costs, L.A. County Supervisor for the 3rd District Sheila Kuehl announced her opposition to the Land Use Voter Empowerment (LUVE) initiative Monday.

Kuehl, whose 3rd L.A. County Supervisorial District includes Santa Monica , noted that the initiative, which would require nearly all new construction taller than 32 feet be put to a popular vote, would only worsen the current housing crisis.

“The City of Santa Monica has been a strong leader in progressive housing policies, providing homes for residents at all income levels through its affordable housing production plan and its strong partnerships with nonprofits,” Kuehl said in a statement issued Monday by the Santa Monica Forward Issues Committee, which is opposing the initiative.

“The proposed LUVE initiative, with its indiscriminate and extreme restrictions on all growth in the city, would make it virtually impossible to continue Santa Monica’s commitment to affordable housing and diversity,” she said. “At a time when our region is facing a shortage of housing — especially affordable housing for low- and middle-income people — making it harder to build new homes is simply wrongheaded and will only deepen the crisis.”

Opposition to the initiative has only been growing since Residocracy, the initiative’s sponsor, submitted in May the signatures necessary to qualify it for the November ballot.

And, all seven City Council members have spoken out publicly against the initiative.

“We’re all frustrated by traffic, but once the public is better informed about the Residocracy initiative, I expect support for such an extreme measure to wane,” said Councilmember Kevin McKeown. “I look forward to a robust discussion about the inclusive community we aspire to be, and how we can deal with traffic and quality of life issues without sacrificing our egalitarian and democratic values.”

The initiative has already been opposed by the League of Women Voters of Santa Monica, Clergy and Laity United for Economic Justice (CLUE), and the Southern California Association of Nonprofit Housing (SCANPH).

Residocracy founder and vocal supporter of the initiative, Armen Melkonians, has made no effort to conceal the underlying motivation for the initiative: to prevent new housing from being built.

At a City Council meeting on May 10, 2016, he spoke against a project that included 64 units of affordable housing.

“We don’t need additional housing,” he told the Council at the meeting.

As of this week, Melkonians has officially pulled papers to run for City Council. Four of the seven seats are up, and all four incumbents have announced that they will be running for reelection. Melkonians, who last ran in 2012, finishing 12 in a 15-way race for four seats, likely faces steep odds.

Portions of this story are based on text and research completed by Jason Islas for a previous story on Santa Monica Next.