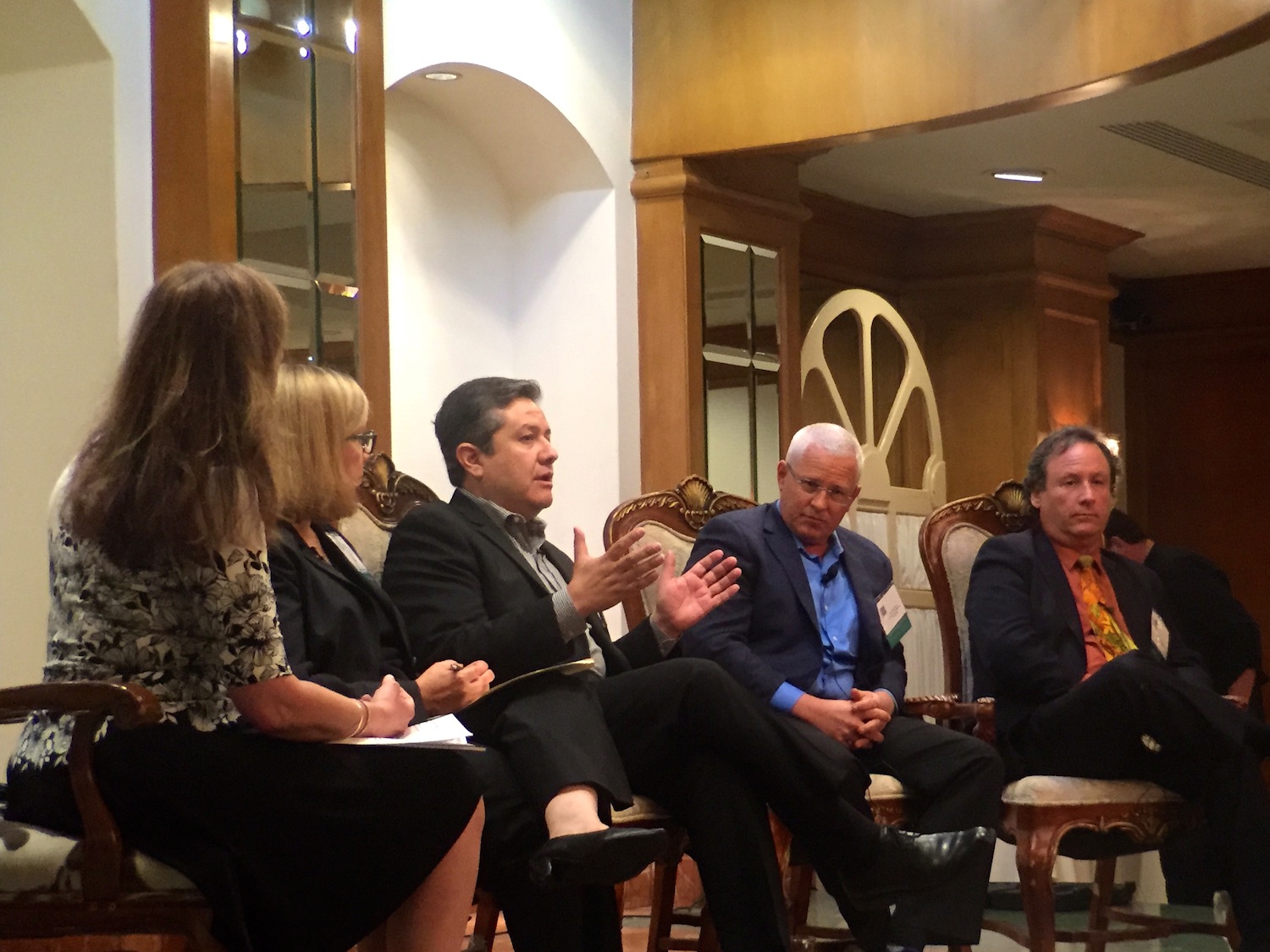 Emotions often run deep when the topic turns to political solutions to the homeless problem in Los Angeles.

That sentiment was very much evident just by the provocatively titled panel discussion on homelessness held Friday morning: “Confronting the Shame of Los Angeles.”

You don’t have to be a political expert to know that the homeless crisis in Los Angeles is very serious, evident from the growing number of encampments cropping up in public spaces throughout the region.  Up to 47,000 people in Los Angeles County are without a permanent place to live, according to the Los Angeles Homeless Services Authority.

Friday’s event came on the heels of the announcement this week that a $1.2 billion bond measure, entitled HHH, would be placed on the city of Los Angeles’s November 8 ballot. Los Angeles Mayor Eric Garcetti said HHH stands for “homeless, housing and hope.”

The bill would help fund the construction of what’s known as permanent supportive housing, which provide residents not only with a place to live but surrounds them with needed support such as mental health services.

Ansell pointed out that building affordable housing is only one part of the answer.

“We need a range of solutions that matches the complexity of the problem,” he said.

Measures such as HHH would help those who are chronically homeless, Ansell said, but this population is a small part of the region’s homeless population.

“Most people who become homeless are not homeless for very long,” he said. For these people, Ansell said, a better solution would be helping them get into existing housing by way of temporary vouchers. Under a voucher program, homeless people are given a short-term rent subsidy while they seek federal assistance and a paying job. Eventually they are expected to pay their own rent when the subsidy ends.

Bonin agreed that more solutions were needed than just building more housing. “There is a gap in the conversation. And that is, ‘What the hell do you do next week? Or in the meantime,’” he said.

“The phrase ‘We can’t build our way out of this’ makes me insane because actually not building is part of what got us into this,” she said.

When asked by Hall how long it takes to build a unit of affordable housing, Santana said it was five years from concept to the end of the process.

“The city realizes that that’s way too long,” he said.  One way the city is looking into reducing that time frame is by using city-owned property as land for affordable housing, which might help cut development time in half.

Santana said that it costs up to $500,000 to build one unit of affordable housing. The costs are high because developers must comply with state and federal wage and environmental regulations that drive up construction costs. Still, he said, affordable housing was a wise use of public money.

“For every Angelino tax dollar that goes toward building permanent supportive housing, we actually leverage three additional dollars from state and federal sources,” he said. “So it’s a smart investment.”

Sewill said that the lack of affordable housing is leading to “extreme housing insecurity” throughout the Los Angeles region. She said a study by the California Community Foundation revealed that 50 percent of renters in Los Angeles County feared becoming homeless in the next year.

Another study found widespread support for political action to solve the homeless crisis, she added. “Sixty percent of Angelinos think it is actually possible to solve homelessness, and 90 percent believe it is possible to make a big dent in it,” she said.

The danger of losing the political will to fight the issue of homelessness is great, according to Bonin.

“If we don’t do this, the number of encampments on the streets and in our parks and under our bridges will continue to grow,” he said.  “Kids will be walking through encampments on their way to school. Parks will be taken over by the homeless. It is happening in neighborhoods now and it will get a lot worse if we don’t do something.”