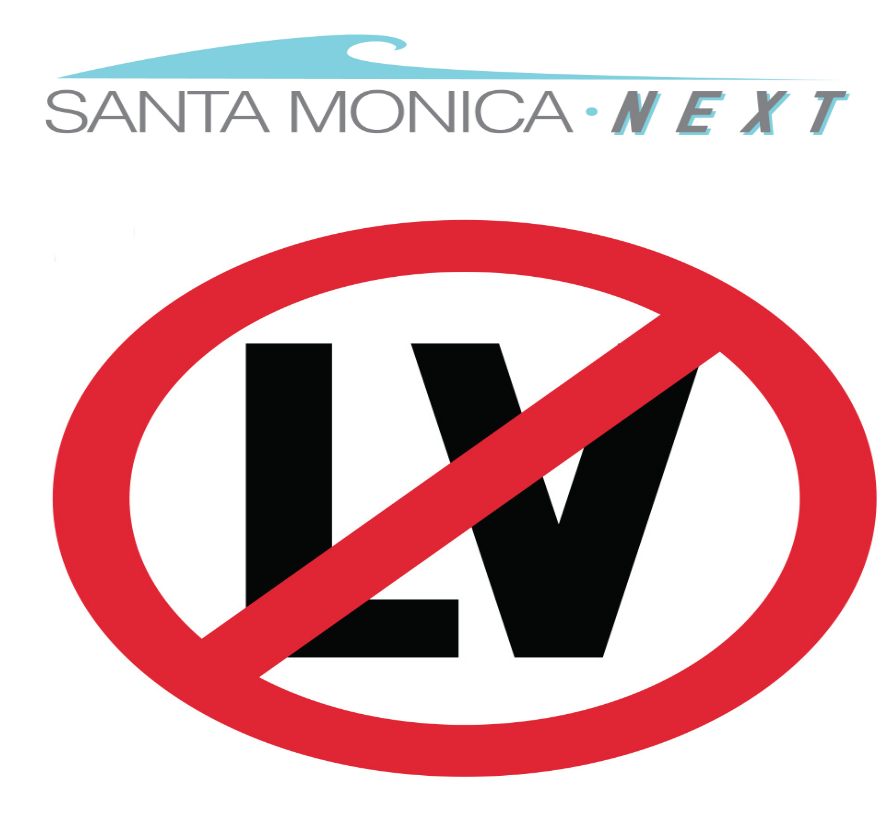 We don’t think it’s a surprise to say that Santa Monica Next encourages a “no” vote on Measure LV. Given that this publication was alone in calling for people to not even sign the petition that put LV on the ballot, we’re pretty sure most people who read Santa Monica Next would assume that we are also encouraging a “no” vote on this extreme ballot measure.

The “Yes on LV” and “No on LV” forces seem locked in a debate over whether or not the ballot measure will “make traffic worse.” Next has always prided itself on being straight with our readers. So we’re going to give it to you straight :

Whether or not the city chooses to increase its housing stock to correct its housing/jobs  imbalance, or whether the supply of housing continues as it currently exists, we are certain of one thing: Santa Monica’s daytime population is triple the census for residents, and therefore, car traffic congestion will continue to get worse. Sorry. That bell has been rung.

So let’s take the traffic argument off the table. No matter how one votes on LV, it won’t really make much of a difference in how long it takes to drive from North of Montana to the Pico Neighborhood, from the airport to Downtown, from home to the doctor’s office.

The debate on LV shouldn’t be about car traffic. It also shouldn’t be focused on the details of the proposal. Currently, there is a hot debate on whether or not LV would require a public vote on reconstruction projects over three stories tall after an earthquake or fire, or a remodeling project in a five story building. The authors claim that is not the case. Others claim it is.

While these concerns are scary — can one imagine the uncertainty and stress if someone had to wait for a city-wide referendum before fixing a house destroyed in a natural disaster — it’s also not what this debate should be about.

We should be debating the future that people want for Santa Monica, and how we will provide options: housing options, transportation options, recreation options and more.

Santa Monica is in the midst of a housing crisis, locally, regionally and across the state. Some argue that Santa Monica doesn’t have a housing crisis as much as it has an affordability crisis. No matter which camp you find yourself, there is no doubt that artificially reducing the housing stock is not a solution.

The solution is to increase the number of housing units in Santa Monica, build out the bike network, and better fund our transit options. As for increasing the public open space, the city should have an opportunity within the next decade to reclaim the airport and open it up as a gigantic park…and that’s assuming the city doesn’t win its lawsuit against the Federal Aviation Administration.

But it’s not enough to just allow more housing and hope for the best, and that’s why the city has a plan to develop in its downtown and its transit corridors. In addition to the recently-opened Expo Line, the city has its own bus system, and connects to the bus-only lanes along Wilshire Boulevard.

There is an ongoing discussion about whether or not there is enough housing growth in Santa Monica. There are three sides. One side says there isn’t and pushes for housing growth across the board. Another says there has already been too much growth and point to the halcyon days of yesteryear as a the ideal of what Santa Monica should be. A third concedes that there isn’t enough growth, but doesn’t really have any solutions.

The debate over Measure LV is a debate among the people who believe Santa Monica can build its way out of an affordability and a housing crisis and the people that don’t believe such a crisis even exists. The third group, those that believe the city needs to grow but isn’t sure how, is the one that will decide the election.

Then, the third group can decide which vision it agrees with, and whether or not our plans can get us there.