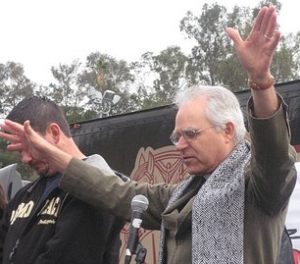 We urge you to vote NO. We take this position because we believe the basic beliefs of our religious traditions oppose LV.

A locally based committee composed of congregants and leaders serving local congregations, CLUE Santa Monica advocates for good jobs as well as dignity and justice in the work place.

We oppose Measure LV because it creates additional barriers to housing, ethnic diversity, and economic justice, while not accomplishing what proponents claim.  Measure LV exacerbates the suffering of those who are most vulnerable, and our diverse religious traditions unequivocally oppose adding burdens upon the poor.

CLUE calls for people from every religious community to walk with – to accompany – low-wage working families in their struggle for economic-justice. We do this because we know that every religion believes in justice.

We oppose Measure LV because it conflicts with our understanding of those struggles. We believe that Measure LV only makes the work of economic-justice more difficult. We believe it puts a further burden on the lives of low-wage working people.

We believe that we will be judged by future generations on how well we treat, not the privileged and the well-off, but those who are hurting, those who are barely making ends meet, those who work and still struggle to survive.

Martin Luther King entitled his last book “Where Do We Go from Here? Chaos or Community. Those of us in the Santa Monica chapter of CLUE think Measure LV represents anger and frustration – a frustration and anger we all share from time to time.

But we believe this measure leads us into further chaos – more confusion and more conflict, and ultimately more frustration and anger.

Dr. King called for a beloved community that embraces the other. He called for a community that makes room for the person without resources, for the family without a home, for low-wage workers who serve us but cannot live among us. Our traditions call us to live and to act out of love.