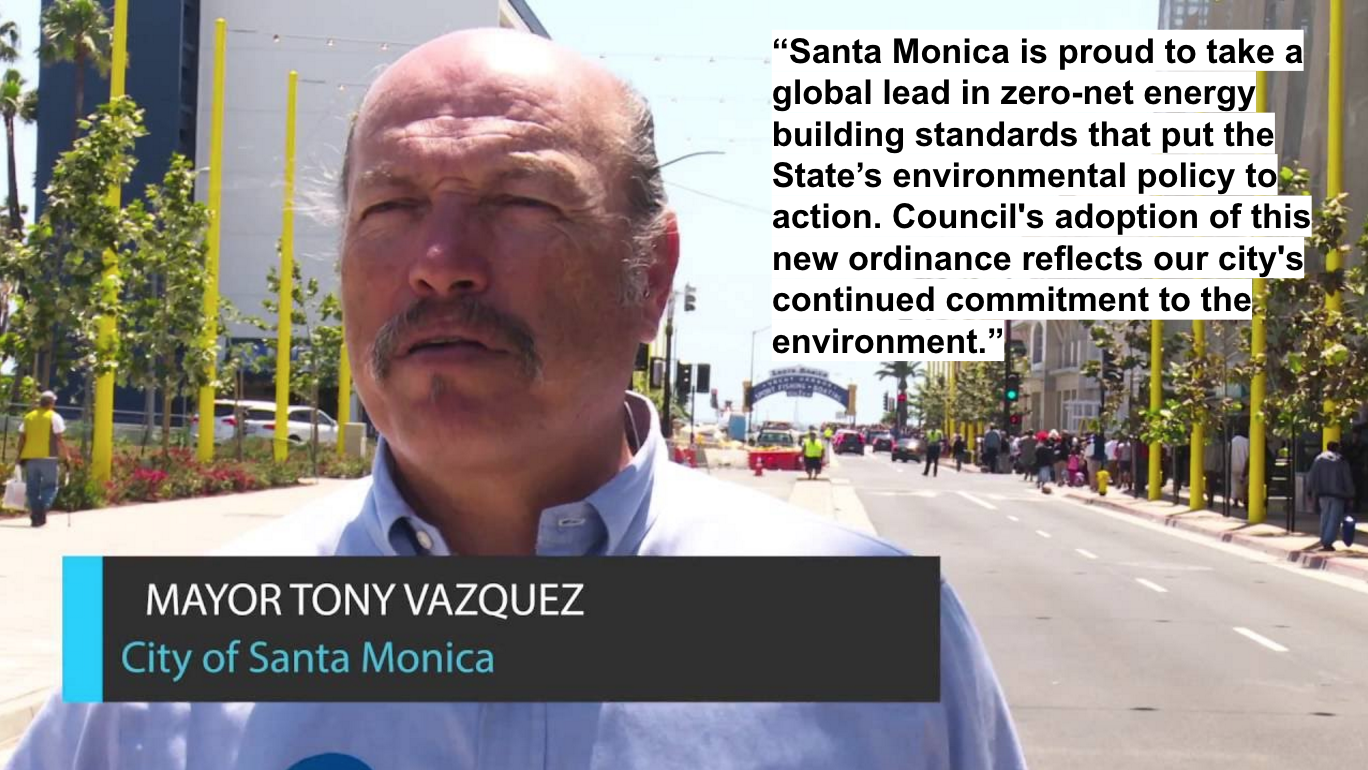 The Santa Monica City Council voted this week to approve an ordinance requiring all new single-family construction in the City of Santa Monica to be zero-net energy (ZNE), the first of its kind in the world. Zero-net energy is a building industry term for projects that generate enough of their own energy from renewable sources to equal what they take from the power utility over the course of a year.

“Santa Monica is proud to take a global lead in zero-net energy building standards that put the State’s environmental policy to action. Council’s adoption of this new ordinance reflects our city’s continued commitment to the environment,” said Mayor Tony Vazquez. “ZNE construction, considered the gold standard for green buildings, is a major component that will help us reach our ambitious goal of carbon neutrality by 2050.”

The ordinance now goes to the California Energy Commission (CEC) for approval, and continues the City’s long history of adopting local requirements, and providing resources to the community, that take a global lead in advancing the transition to high performance, green buildings for all.

“This ordinance makes environmental and economic sense,” said Dean Kubani, Santa Monica’s Chief Sustainability Officer. “With the price of utility power continuing to rise, ZNE homeowners will avoid those escalating costs while benefitting from local renewable power for all of their energy needs.” 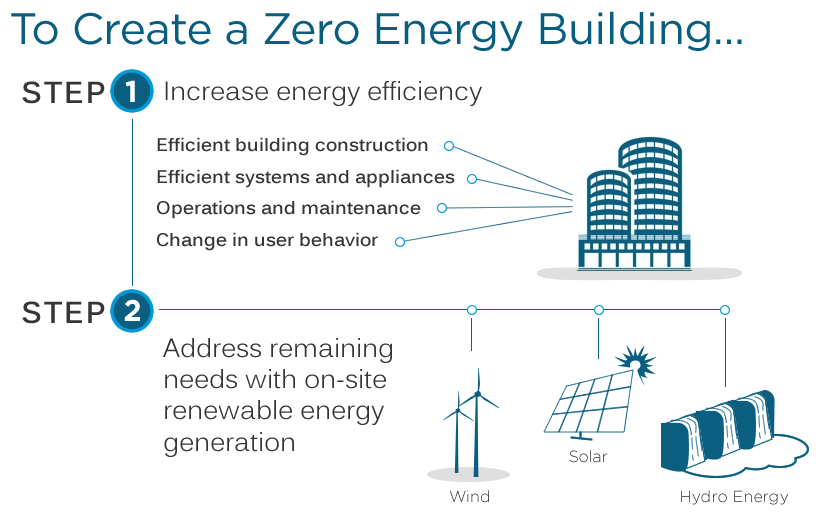 There are various definitions for ZNE buildings but Santa Monica is adopting the definition used in the 2016 California Green Building Standards Code (CALGreen). According to CALGreen, a ZNE building is one where the value of energy produced on-site by renewable energy resources is equal to the value of the energy consumed annually by the building.

With this new ZNE ordinance, Santa Monica is the first city in California to adopt a ZNE ordinance, leading the State to ensure new construction meets the most energy-efficient, cost-effective standards in the industry.

“Santa Monica’s new zero-net energy ordinance is a forward-thinking measure that will help California meet its statewide energy efficiency goals,” said Assemblymember Richard Bloom. “This ordinance reflects the city’s leadership on local policymaking as well as its commitment to doing its part to reduce greenhouse gas emissions and energy consumption.”

The timing of the ordinance capitalizes on state momentum towards ZNE and market trends in the solar industry. With the cost of solar installation continuing to decrease (according to the California Solar Initiative, the Solar Energy Industries Association, and observed recent installations in Santa Monica), Santa Monica residents and developers can combine cost-effective energy efficient design with affordable renewable energy to build ZNE homes. These new homes will contribute to the City’s robust long-range goals for energy and climate mitigation, including releasing zero carbon by 2050.

In addition to ZNE for single family homes, the Santa Monica ordinance also requires non-residential construction be designed to use 10% less energy than required by the 2016 California Energy Code.