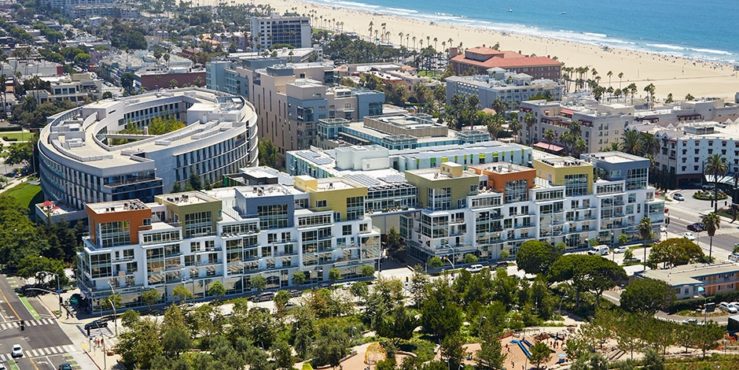 In the first round of Curbed LA’s “Curbed Cup” competition, Santa Monica faces off with Pacoima to see who will advance in the competition to determine Los Angeles’ 2016 Neighborhood of the Year.

The winner of this first faceoff will be determined by Curbed readers who can pick which of the two “neighborhoods” they think deserves to advance to the next round by clicking here. To avoid anyone getting hung up on the the whole neighborhood thing, we should note that Santa Monica, while definitely part of the Los Angeles area, is its own city. Pacoima is, however, an actual neighborhood in the city of Los Angeles. But that’s just a technicality.

The editors over at Curbed LA think Santa Monica deserves a shot at the title of Neighborhood of the Year for myriad reasons. From Curbed LA’s website:

The perfectness of LA’s progressive and bustling beachside city reached new heights this year. It’s stepping up its game to be a good steward of the environment, requiring new single-family homes to meet net-zero energy standards and adding native plants to its beach to help resist rising sea levels. It hosted its first open-streets event and turned its crosswalks into pedestrian-friendly scrambles and art pieces. Its residents rejected a ballot measure that would have curtailed the construction of much-needed housing. New Santa Monica branches of trendy spots such as Bobarrito, Knuckle & Claw, Wexler’s Deli, and Plan Check opened this year, and Proper Hotel announced it’s adding one of its chic outposts at Seventh Street and Wilshire Boulevard in a new development at and around the Santa Monica Professional Building.

But the biggest, most important addition to Santa Monica was the opening of the Expo Line. The city embraced the light rail extension with open arms, building a charming “esplanade” festooned in lights to connect riders with Tongva Park and the pier.

Yup. Santa Monica is doing a bang up job this year. But Pacoima definitely deserves some celebration as well. According to Curbed, the neighborhood in the north San Fernando Valley is undergoing something of a renaissance, including some major improvements to the streets there designed to make them more pedestrian-friendly:

This San Fernando Valley city has come a long way since the 1950s and 60s, when Los Angeles Times writers described it as depressing and filled with residential blight. As Max Podemski, planning director for Pacoima Beautiful told Curbed, the city celebrated some major milestones in 2016, chief among them is the completion of a plan to create more parks and transform streets and alleys, making them inviting for pedestrians and cyclists by adding more lighting, crosswalks, and landscaping.

The National Endowment for the Arts awarded a $100,000 grant for a new arts incubator on Van Nuys Boulevard, a thoroughfare that was recently designated one of the city’s “Great Streets.” It was put on a “road diet” this year, shaving off space for cars to add bike lanes and space for parklets. In that same spirit, Podemski says the community has lined up funding to make its new Bradley Plaza even better with the addition of a “green” alley (with permeable pavers and a system to capture stormwater runoff), connecting residents of San Fernando Garden public housing to Van Nuys Boulevard.