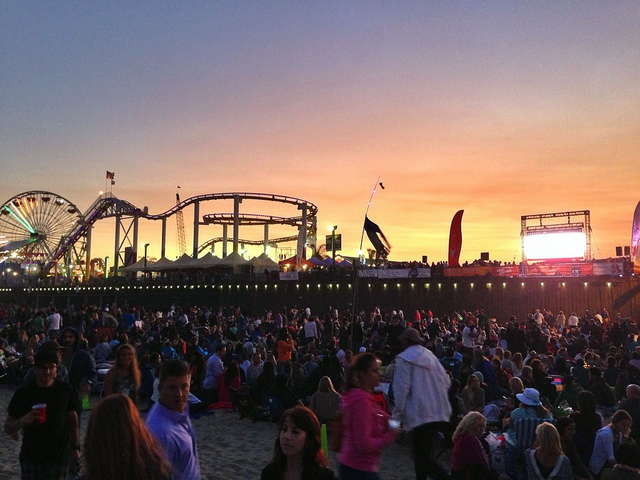 The Santa Monica Pier Corporation Board Wednesday night voted to recommend some big changes to the annual summer concert series that has been a mainstay at the Pier for more than three decades.

The decision to recommend the changes — including shortening the series from 10 to 8 shows and starting the concerts earlier in the summer — came after lengthy discussion by the board about how to rein in the costs of running the event, which have ballooned over the past three years largely due to an increase in City-mandated public safety personnel.

The motion included a provision that if the initial changes didn’t accomplish the goal of lowering security costs this year; the concert series could move to the fall in 2018.

Boardmember Chris Foster made a motion, which failed after it only received two “yes” votes, to keep the concert series as it is until a more accurate picture of how many people are attending can be determined.

“Last year was an anomaly,” he said. Foster argued that the PokemonGo craze, which brought throngs of people to the Pier to play the augmented-reality smartphone game, and the opening of the Expo line contributed to unusually large crowds in the area.

“I don’t feel 2016 is a good year to make any rational decisions on how the concerts are going to move forward,” he said.

Public safety officials have been providing enough personnel for about 30,000 people, which has caused the cost of the concerts to increase significantly, but a recent study presented to the Pier Board said that the number of people attending the concerts is more often closer to 8,000 to 10,000.

From 2013 to 2016, the cost for public safety personnel went up from about $50,000 for the whole series to nearly $1 million. In that same time period, according to a report compiled by the Corporation Executive Director Jay Farrand, attendance has increased by about 25 percent.

Boardmember Abby Arnold, who supported Foster’s original motion, said that ultimately, the City Council will have to decide if the annual concert series is something that is important enough to Santa Monica to continue funding. Still, the Board voted to offer to make good-faith efforts to reduce costs, hence the potential shortening of the series and the earlier start date.

What was not on the table Wednesday night was ending the concerts, a sentiment that was recently publicly expressed by Arts Commissioner Phil Brock in a column for a local newspaper. While Brock has publicly called for cancelling and “reimagining” the series, the Arts Commission itself has not taken a position, as the question has not gone before the Arts Commission.

The Pier Board will continue discussions with the City Manager’s office. Ultimately, the City Council will have to weigh in on whether the concert series, which started 32 years ago to revitalize the Pier after it had been damaged in a series of storms, is something the city wants to keep funding.