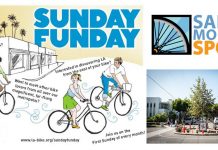 How Engaged Are You, Santa Monica?