The following piece first appeared on The Healthy City Local. 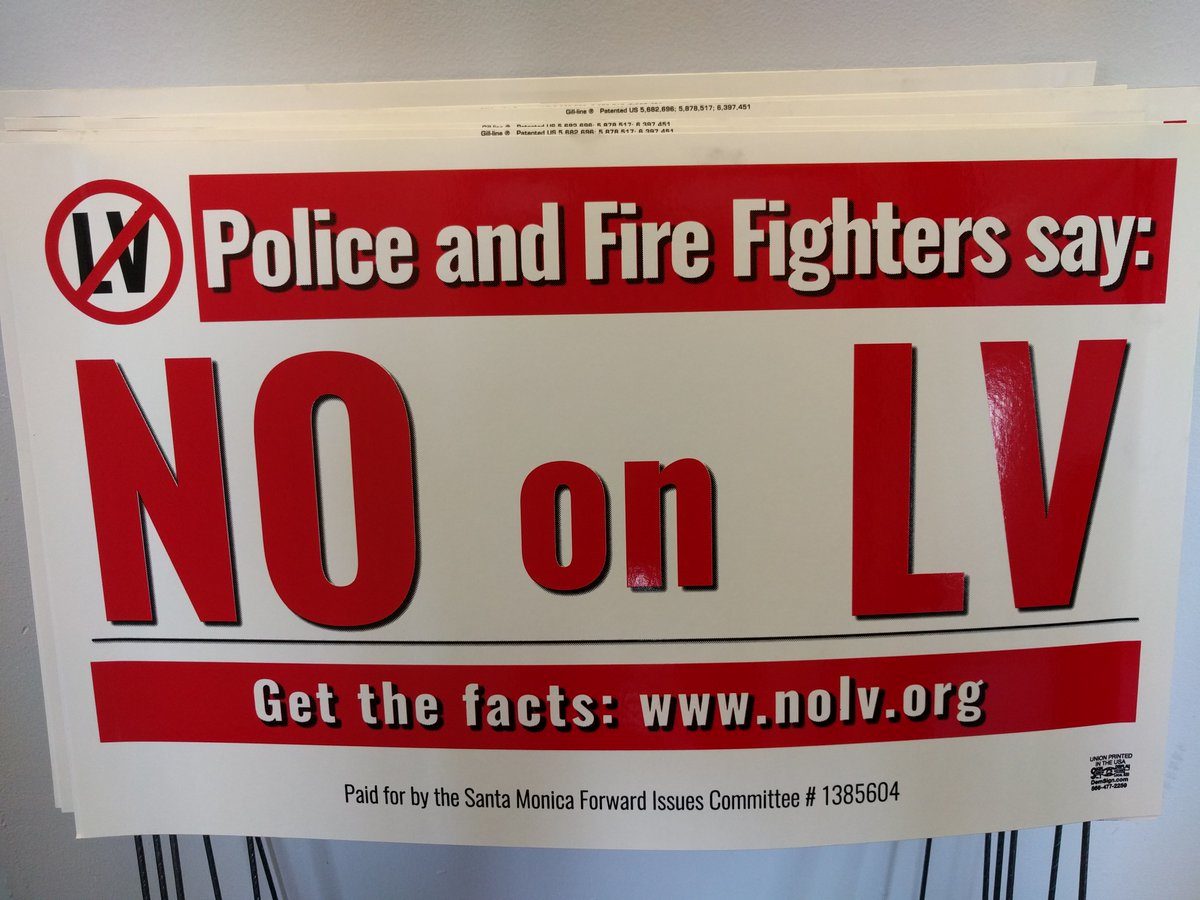 I haven’t written here for a while. It’s easy for a little hiatus to become a long vacation, especially over the holidays, and especially, if you write a column about local news, when national news is all consuming. Yet given a national election where the electorate divided along the spectrum from urban to rural, has it ever been more evident that “all politics is local?”

The numbers? The total number of ballots cast in Santa Monica in November was 51,662. The number of Yes votes for LV was 19,786. Divide the latter by the former and you get 38.3 percent. Yes, I know, only the votes cast for or against a measure count when it comes to victory or defeat, but consider the rhetoric that we’ve heard from the anti-development crowd over the years, about how they are the residents, and about how unhappy the residents are. Given that that’s been their mantra, and that’s why they put LV on the ballot, isn’t it their burden to show that that is true? (If you want to review the numbers yourself, click here to access a PDF of all the Santa Monica November results.)

To repeat: only 38.3 percent of Santa Monica voters supported LV. (By the way, the figures for RIFT in 2008 were about the same.)

About now LV supporters will tell you LV lost because of the money developers spent against it, but go ask the aviation industry whether money wins elections in Santa Monica.

Getting back to the results, there were only two precincts in the city where LV won, but even in those precincts (which are on the eastern edge of the city between Wilshire and Montana) the Yes vote was less than 50 percent of the total number of ballots cast.

What about self-appointed neighborhood associations that supported LV? They didn’t reflect their residents. Two of the most anti-LV neighborhoods were North of Montana, the home of historically anti-development NOMA and the base for the Santa Monica Coalition for a Livable City (SMCLC), and the neighborhood between Wilshire and Montana west of 20th Street, the home of the WilMont Neighborhood Coalition. LV lost also in Sunset Park.

But the LV numbers tell only half the story. Any measure will get a certain number of votes just for being on the ballot, particularly one that promises to solve traffic congestion. Thirty-eight percent of Santa Monica voters voted for LV, but how many are truly up in arms about development?

We received an answer to that question in November, courtesy of Residocracy’s founder, spec-mansion developer Armen Melkonians. Melkonians ran for City Council on a hard anti-development platform. In past elections most serious candidates running on an anti-development platform (and all of them who have won election) have run with the endorsement of Santa Monicans for Renters Rights (SMRR). Melkonians, however, was an anti-development candidate who ran a strong campaign without a SMRR endorsement. Not only that, but (future write-in candidate) Phil Brock cleared the decks for Melkonians by not filing papers to run for council, and SMRR left an open seat by not endorsing incumbent Terry O’Day.

How did Melkonians do? He received 12,603 votes. Divide that number by 51,662, the total number of voters, and Melkonians’ tally was 24.4 percent. Meaning that not even a quarter of Santa Monica voters were angry enough about development to pay attention to local politics and then vote for the candidate who channeled that anger.

That doesn’t mean government shouldn’t continue to regulate development. Government regulates lots of businesses and industries. But we shouldn’t let the most extreme “vocal critics” set the agenda and control the debate.

These election results are, by the way, consistent with data from the City’s surveys over the years about the attitudes of residents. Most are happy to live in Santa Monica, and when asked (open-ended and unprompted) to name issues that concern them, only about a third mention traffic (and many fewer mention development).

Yet we have a political class that runs for cover whenever Residocracy or SMCLC say they speak for the residents.