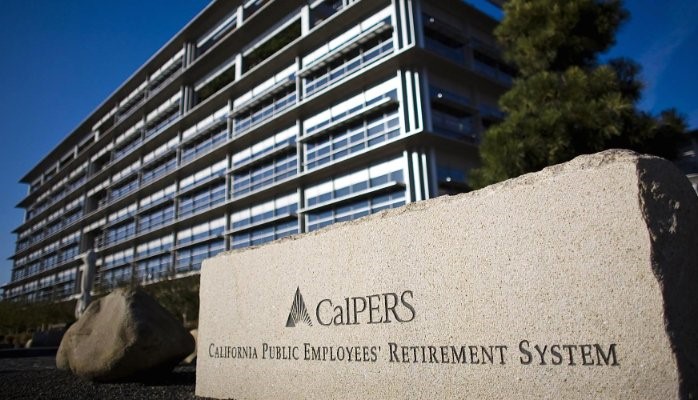 In a recent post, I acknowledged public concerns about the City of Santa Monica’s salaries and benefits, sparked by a misleading press release from a Nevada advocacy group that calls itself a “free market think tank.” Santa Monica pays very well, but I argued that our employee compensation is not unreasonable in comparison to other public agencies.

I turn now to much more fundamental and serious questions about fiscal sustainability in the public sector, both in Santa Monica and beyond.

After thirty years in various forms of public service, I would be the first to question the status quo. Societies change. What works for one generation usually evolves – and that evolution seems to be accelerating in our nation and the world.

Societies change. What works for one generation usually evolves – and that evolution seems to be accelerating in our nation and the world.

Decades ago, a young person could choose public service (as a police officer, teacher, trash truck driver, accountant or librarian) and be pretty sure they would have a secure job and eventually retire with a livable pension. The pay wasn’t fabulous – there were no stock options or bonuses, but if you did a good job, there was opportunity for steady advancement. With a little luck, you could afford to buy a home and send your kids to college.

By the way, that was not all that different from working for a hospital, bank or public utility.

The private sector has essentially abandoned “defined benefit” pensions for employees – the kind where you are guaranteed a specific retirement income instead of being at the mercy of your 401K investments. Even full-time steady work continues to be eroded in the private sector – Uber and Lyft, for example, have tens of thousands of drivers not one of whom is classed as an employee.

Many people are furious about these changes. But they are not about to go away. The challenge for the public sector is how to respond to these changes in our economy.

Santa Monica is well-positioned to meet this challenge. Unlike most cities, we have consistently invested in keeping our infrastructure and facilities up-to-date and in good repair. Unlike many cities, we haven’t skimped on useful technology and training. Unlike most cities, we have strong reserves and careful budgeting forecasts that have kept us out of crisis, even during the Great Recession. In fact, out of 482 cities in California, independent rating agencies give their highest ranking (‘AAA’ or its equivalent) to fewer than a dozen cities. Santa Monica is one of them.

The one area of real vulnerability for Santa Monica, however, is pension costs. Nationally, many state and local pension systems are in crisis. Here in California, pension obligations have added to the fiscal stress that pushed several agencies into bankruptcy during the Great Recession. Most local governments in California (including Santa Monica) are part of the giant California Public Employees Retirement System (CalPERS). CalPERS is not in trouble, but it is clearly under stress. Their board recently took the long overdue step of lowering future earnings estimates for their investments. More realistic projections for earnings means a larger deficit of “unfunded obligations.”

Here political rhetoric on both sides of the pension debate gets overheated. Critics cite huge numbers that represent estimates of future obligations, calling them “debts.” That’s analogous to calling a family mortgage a “debt.” Of course it is – but these are debts that are paid out over a long period of time and as long as the public agency (or the family) is able to meet those payments, the “unfunded obligations” should not trigger undue alarm.

The catch is “as long as the public agency is able to meet those payments.” Santa Monica, for example, has a combined whopping total of $387 million in estimated “unfunded obligations.” Alarmists will allege that this means that every man, woman and child in Santa Monica “owes” $4,139 in pension “debt.” Aside from the fact that businesses, not residents, pay most of the taxes in Santa Monica, that is still a misleading number given that this gets paid over 30-40 years. Moreover, the $387 million long term obligation has to be put in the context of our City’s strong balance sheet. Santa Monica’s overall financial and capital assets are greater than our liabilities by $1.528 billion, according to our independent auditors.

Where the critics have a real point, however, is that the unfunded number is likely to grow.  As CalPERS reduces its estimates for annual returns to a more realistic rate, the projections of unfunded liability will increase. The next recession is likely to blow a much bigger hole in projections. While no recession seems imminent, the world economy is in fragile condition. Like earthquakes, we know there will be recessions in the future, we just don’t know when.

It is small comfort to know that other cities who lack our hefty reserves and strong economic base will be hit harder and sooner. Smart fiscal management requires us to act now so that Santa Monica isn’t forced into future service cutbacks and lay-offs.

Santa Monica has already taken significant steps to address this challenge — starting prior to the modest statewide PEPRA reforms enacted in 2012. Since May of 2007 our civilian staff have been contributing 9.24 percent towards their retirement benefits. Police pay 11.48 percent (or slightly less – 11.25 percent if they were hired under the lower benefits enacted under PEPRA). Fire contributions are similar to Police, though since July 1, 2016, rose to 13.05 percent for non-PEPRA, and 9.5 percent for PEPRA.

Santa Monica established a second tier retirement in 2012 so that even new civilian non-sworn employees who are already members of CalPERS who are hired after July 1, 2012 accrue pension credits under a reduced formula and contribute 7.29 percent towards their retirement.

Also, starting five years ago, Santa Monica became one of a small number of local agencies making payments over and above our required CalPERS contributions. We started by depositing $10 million and have been making annual payments that now total $31.4 million. It is official Council policy and we have built in ongoing minimum payments of at least $1.3 million annually into our five year budget plan. As a result, the funded portion of Santa Monica’s pension obligations is 75.01 percent.

Ultimately, however, all California cities and public agencies will need to look at further pension reform to keep public services affordable. That will mean further recalibrating of benefits — and who pays for them. Current litigation before the California Supreme Court may change the legal landscape for such reform – and the statewide pressure of rising pension costs for public agencies will continue to force attention to this significant issue. Santa Monica can be a leader, but it is not an issue we can solve alone.