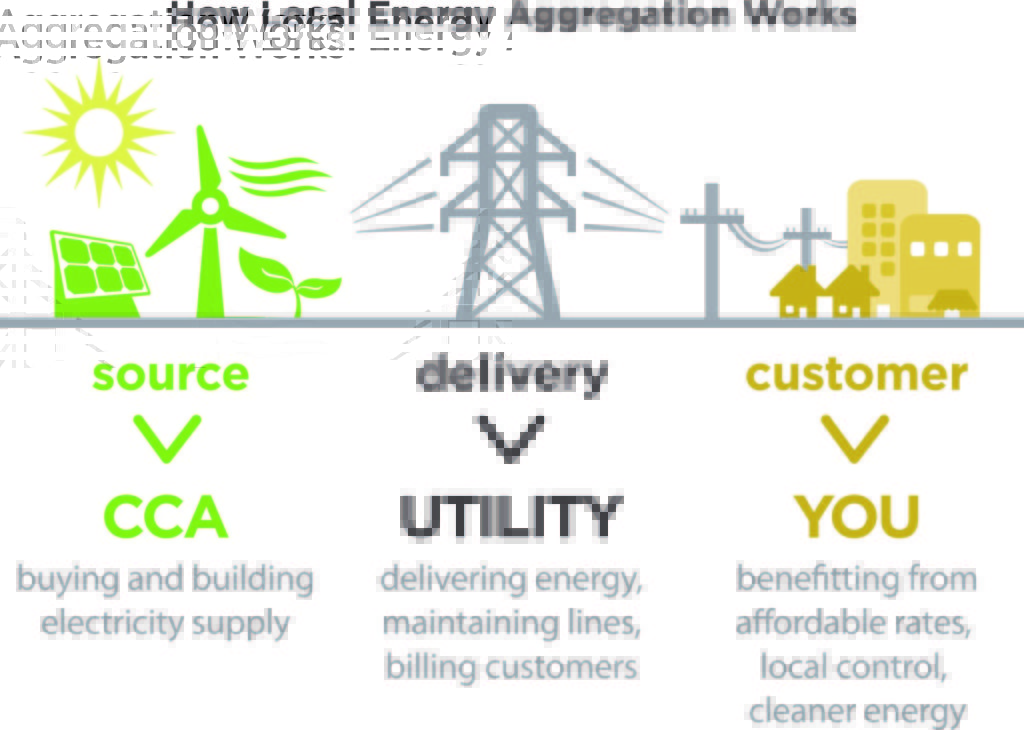 Sustainability is a key value for the City of Santa Monica and its residents. Recently, the City set ambitious greenhouse gas reduction goals, aiming to be completely carbon neutral by 2050 or sooner. When it comes to reducing greenhouse gas (GHG) emissions, one of the first places to look is our energy supply. In order to achieve a 100 percent reduction in greenhouse gases, Santa Monica’s electricity must come from renewable sources. This is where Community Choice Aggregation comes in.

Community Choice Aggregation (CCA) allows local governments to purchase and sell electricity to customers in their jurisdictions as an alternative to traditional investor owned utility (IOU) power procurement. CCA’s often provide residents with lower rates and higher percentages of renewable energy than the IOU. Adopting a CCA in Santa Monica is an essential strategy for GHG emissions reduction.

Currently, Santa Monica residents are served by Southern California Edison (SCE). SCE’s energy mix is only made up of 28 percent renewables while the rest comes from fossil fuels, coal, and nuclear sources. While SCE has options for more renewable energy, the cost to the ratepayer increases.

Community Choice Aggregation has been used across the state successfully and cities in Southern California began exploring the option a few years ago when South Bay Clean Power (SBCP) was formed. After being asked by SBCP, the County of Los Angeles published a business plan for the formation of the Los Angeles Community Choice Energy (LACCE) program in June 2016. This plan found that not only is a CCA feasible for the County, but it is also financially viable and would benefit the community considerably.

The benefits found in the County’s study include lower rates for more renewables, greenhouse gas reductions across the County, economic development and local job creation, and local control of energy rates and percentage of renewables.

There are many ways Santa Monica could implement or be a part of a CCA. These options include joining Los Angeles Community Choice Energy or South Bay Clean Power, or independently developing a city-wide CCA through Lancaster Choice Energy or a private third party provider.

Regardless of the path the city chooses to pursue for community choice aggregation, CCA will inevitably have a great impact on the City and it residents. Lower rates, GHG reduction, local and sustainable jobs, and community control all help to reinforce Santa Monica as one of the world-wide leaders in sustainability.

Last night, February 14, 2017, the Santa Monica City Council considered a resolution to conduct a CCA feasibility study. To learn more, you can read the staff report, but we’ll also keep you updated on our efforts directly, here on the blog.