Via The Healthy City Local

I bring up these examples of the perils of contract drafting because they provide the context for Santa Monica and the FAA’s most recent attempt to settle their differences over SMO: the settlement agreement they entered into last Saturday, which U.S. District Court Judge John F. Walter confirmed yesterday.

That context is twofold: (1), that because of the lack of suspenders in the 1984 and 2003 agreements, instead of having closed the airport in 2015 the City was involved until last week in a multi-front series of court cases, which were expanding whack-a-mole style, and which would not be resolved for years (and possibly not ever successfully); and (2), because in reviewing the new agreement, based on past disappointments one wants to be sure the agreement has both belts and, where needed, suspenders.

Taking up first Context 2, let’s look in the new agreement for the suspenders that were missing in 1984: an express acknowledgement that at the end of the term of the agreement, Santa Monica can close the airport. The new settlement agreement has the belt (it provides that the City’s remaining obligations to SMO continue only until Dec. 31, 2028), but also has this language (in the last paragraph of Section VI):

“[Unless the City agrees otherwise] the Parties agree that the City may, in its sole discretion at any time on or after January 1, 2029, cease to operate the Airport as an airport and may close the Airport to all aeronautical use forever [on 30 days’ notice].”

Ahh! An explicit statement that the City of Santa Monica can close SMO on a date certain! The missing suspenders from the 1984 Agreement! (There are community members who are concerned that a future City Council would not exercise its right to close SMO, but it’s a more plausible risk that a future council would keep the airport open if the current one hadn’t entered into the settlement agreement. A future council burdened with expensive and unending litigation, that the City might well be losing, would be more likely to cave in. Remember the “visioning process” that the council instigated after the City lost the Class C&D litigation with the FAA?) 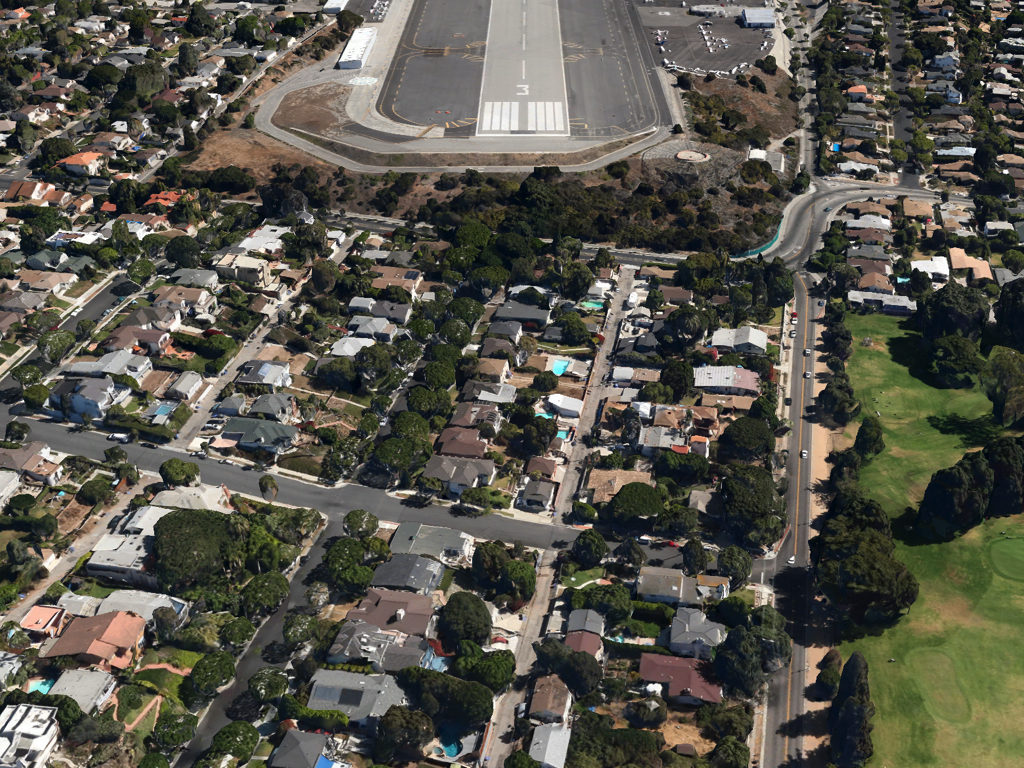 But wait, there’s more. Perhaps the most important provisions of the new settlement agreement are two provisions that are true suspenders. Why? Because they don’t add anything substantive to the agreement, but are crucial. Both relate to the FAA’s future actions.

The first is in Section I, where the City and the FAA settle all their claims, including claims under the Notice of Investigation and Cease and Desist order that the FAA served on the City last year. But the second paragraph of Section I goes beyond the mutual release. In true suspender fashion the paragraph requires the FAA to send to all the private parties bringing FAA administrative actions against Santa Monica (“Part 16 complaints”) a letter requesting that they withdraw their complaints. Although the FAA can’t require private parties to withdraw Part 16 complaints, the form of the letter attached to the settlement agreement includes language where the FAA tells the complainants that it will now be the terms of the settlement agreement that apply to their case, and that if the City is in compliance with the settlement agreement, the FAA will presume that the City “is meeting its obligations to the FAA.”

But the second provision about the FAA’s future action is even more important. This is Clause VIII.F, “Defense of this Agreement.” In it both parties agree to “vigorously and actively defend” the settlement and its terms “against any challenge by any individual or entity.” This means that if any aviation business contends that the settlement agreement is invalid, and that Santa Monica doesn’t have the right to close the airport (or exercise any of the other powers it has under the agreement), the FAA will take the City’s side.

There’s a lot of angst, even anger, from anti-airport activists about the settlement agreement. Most of it arises understandably from disappointment that the City’s absolute right to close the airport has been delayed from July 1, 2015 to Jan. 1, 2029. I feel the same way: I’ll be 76 then and I’m not happy to wait that long. But the true causes of the wait are the suspenders missing from the 1984 and 2003 agreements, and the resulting litigation context, not this agreement.

Additional fears arise from anxious reading of the agreement itself. For instance, many are worried about an “avigation easement” the City grants to the FAA preventing interference with aeronautical activities, but it’s clear from the agreement (although honestly there could be some suspenders making it doubly clear) that this easement only applies to the 1500 or so feet of the runway that are being decommissioned under the agreement. (From Clause II.C: “such land shall be subject to an avigation easement” (emphasis added).)

As I said in my post earlier in the week, the anti-airport, pro-park groups will need to continue to be active. The settlement agreement doesn’t end anything. Christian Fry of the Santa Monica Airport Association told a KPCC radio audience that he feels hopeful that the settlement agreement will result in the preservation of the airport, because by reducing its size, it will be more acceptable to residents.

So nothing is over. Expect another initiative, Measure D.2. La luta continua.

Yet it’s incomprehensible to me that there are anti-airport people who don’t realize that they are in a drastically improved situation from where they were a week ago. The City has neutralized the FAA! What can aviation businesses do now that they don’t have the big bad FAA backing them up? Where do they go when they can’t, realistically, file Part 16 complaints? (By the way, they’re not happy about it.)

Moreover, the City wasn’t going to be able to close the airport for years, or even reduce air traffic; now it’s as if the City won the Class C&D litigation, the City has a clear path to taking over FBO services, and true, it’s 12 years away, but we have a firm, outside date to close SMO and reason to believe that date can be accelerated.

Finally, Santa Monica faced years of litigation, litigation it might lose, or which a new council might abandon. Aggressive new challengers like JetSuiteX were popping up all over, but now the City has the advantage.

How can the settlement agreement not be a victory?

Gruber: When It Comes to Housing Santa Monica’s Next Generation, Whose...

A Cyclist and a Motorist Talk