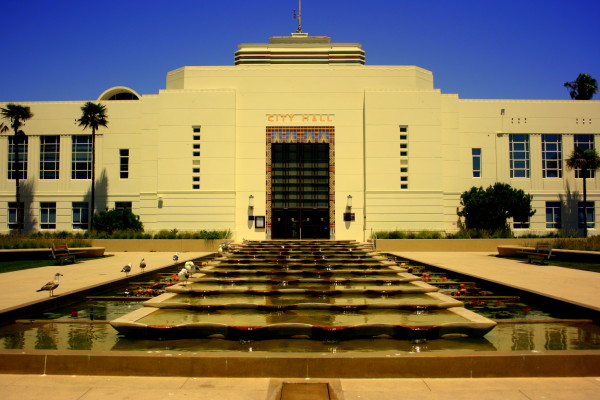 Tonight’s City Council meeting promises to be a lively one with the city’s budget up for approval, a controversial question of where to put a new sports field up for debate, and an item addressing concerns over a recent purchase of the Loews Hotel by a Chinese firm known for flipping hotels into condos.

For those following along at home, the entire City Council meeting can be watched live on the city’s YouTube channel.

Vision Zero and the City Budget

One of the major items the City Council will consider as part of the budget is Vision Zero, the goal of eliminating traffic-related deaths and major injuries through education, enforcement, and street design and engineering.

In May, the City Council directed staff to explore the idea of creating a dedicated staff position — or “Vision Zero Czar,” as Councilmember Gleam Davis put it at the time — in charge of taking a holistic view of Vision Zero implementation, addressing excessive speeding, and investing in infrastructure improvements and pilot projects aimed at street safety.

“Staff in the Mobility Division of the Planning and Community Development Department will take on temporary assignments to allow a single coordinator to give interdepartmental leadership to all aspects of pursuing Vision Zero,” according to the staff report.

“Rather than spending new dollars on additional staffing at this time, staff recommends that one-time funds of $500,000 be appropriated to the FY [financial year] 2017-18 Proposed Budget for Vision Zero action plan projects that will occur over the next two years,” the staff report says.

That didn’t sit well with some safe streets activists.

“On May 9th Council gave clear direction they wanted staff to explore the creation of a staff coordinator to implement the City’s commitment to Vision Zero and the need to see real results in reducing serious traffic injuries and fatalities on our streets,” wrote Cynthia Rose, director of Santa Monica Spoke, a local affiliate of the Los Angeles County Bicycle Coalition, in an email to City Council Tuesday.

“Staff’s recommendation appears to be an incomplete response to council’s direction of creating a position to expedite implementation and to coordinate and capitalize on external and interdepartmental opportunities that may otherwise be lost,” she added.

This is likely to be the most contentious issue before the City Council tonight. After calls by some in the community for a new sports field, and a push to have it placed across from the high school in the Civic Center parking lot, officials looked at several options which vary wildly in projected cost.

The option seemingly favored by some of the most fervent advocates for the field would cost nearly $100 million because it would require replacing the parking lost to the field with an underground parking garage.

Other options include a possible temporary sports field, but the city would still need to go through a lengthy process to get approval from the Coastal Commission, which generally sees the elimination or removal of parking so close to the ocean as impeding access to the coast and the Civic Center falls within the Coastal Commission’s purview.

Another option is to replace a city-owned piece of land adjacent to Memorial Park, about seven blocks east of the high school, with a sports field and create some sort of circulator that can ferry students to-and-from the field for sports practice.

The issue is complicated by the fact that the Civic Center parking lot is adjacent to the half-century-old landmarked Civic Auditorium, which needs tens of millions of dollars of repair.

In an email sent out Monday, the Santa Monica Conservancy warned that, as proposed, the field “further constrains the possibilities for the revitalization of the Civic [Auditorium].”

In the email, the Conservancy endorsed the proposal to put the field at Memorial Park for the time being while the future of the Auditorium is sorted out.

Concern Over Condo Conversion of Hotels

The Santa Monica City Council will also take on the question of how to “to protect hotel tax revenue, jobs and employment opportunities, preservation of visitor-serving uses in the California Coastal Zone, and controls on coastal land use intensification…”

The item was spurred by recent news that Loews, one of the city’s largest hotels according to the regional hospitality and hotel workers’ union, UNITE HERE Local 11, was purchased by Chinese insurance conglomerate Anbang.

That’s the same company that recently purchased the Waldorf Astoria in New York and began converting the luxury hotel into condos.

According to a press release put out by UNITE HERE Local 11, there are also many questions surrounding Anbang’s ownership.

“The mystery deepened this month when the Wall Street Journal reported that Anbang’s Chairman had been detained by Chinese authorities, and that ‘employees said the person now in charge is the Communist Party’s top representative at Anbang’.”