The following is a letter sent by a recent Santa Monica resident to the City Council. It is reprinted here with his permission.

I am writing regarding the Downtown Specific Plan. Although prior engagements prevent me from attending the public meeting on Tuesday, July 25, I respectfully request that this letter be included in the public comment and that you take it into consideration while evaluating your own position on the subject.

I was incredibly disappointed to read the comments in a recent LA Times article (Santa Monica’s ‘grand bargain’ on growth and housing by Christopher Hawthorne, found online here: http://www.latimes.com/entertainment/arts/la-ca-cm-building-type-santa-monica-downtown-20170721-story.html) in which our City Manager, Mr. Cole stated, “We may not be able to get much new middle-class housing, because of factors beyond our control, but by God we’re going to get the maximum amount for the lower end.”

In the clearest and simplest terms I can say it, giving up on middle-class housing is giving up on Santa Monica.

This represents a giving over of Santa Monica to the ultra-rich and the government-assisted poor (both of whom, but not only whom, should absolutely have a place here), and of giving Santa Monica up to an unrecognizable future city of immense inequality where basic neighborhood-serving retail will not survive. In fact, it represents a giving up of Santa Monica to a city in which traffic will increase: the ultra-rich are less likely to use public transportation, and the most poor are more susceptible to job changes that require use of a car.

Giving up on middle-class housing in Santa Monica will bring about all of the negative effects that so many in our city claim they hope to avoid when protesting any change or increase in land-use in our town.

I have included with this letter a photo. This image is from Google’s Street View of my street. It captures my wife and I standing on the sidewalk next to a moving truck on the day we moved into this fair city. It was a hot day. We were exhausted, having risen early to get our keys and rent the truck, pack up our apartment in Los Angeles, and make the move with help of some friends and family. In all the craziness, while our friends were inside, we took a simple quiet moment outside to reflect. With my arm around her – water bottle in hand to beat back the heat, vacuum sitting next to us on the sidewalk, and so much work left to do – we stood in wonder and joy looking at our new home. Santa Monica is a fantastic place to live, and we were so happy to be here. I didn’t realize at the time that this moment would be captured for all the world to see, but I’m glad that it was. 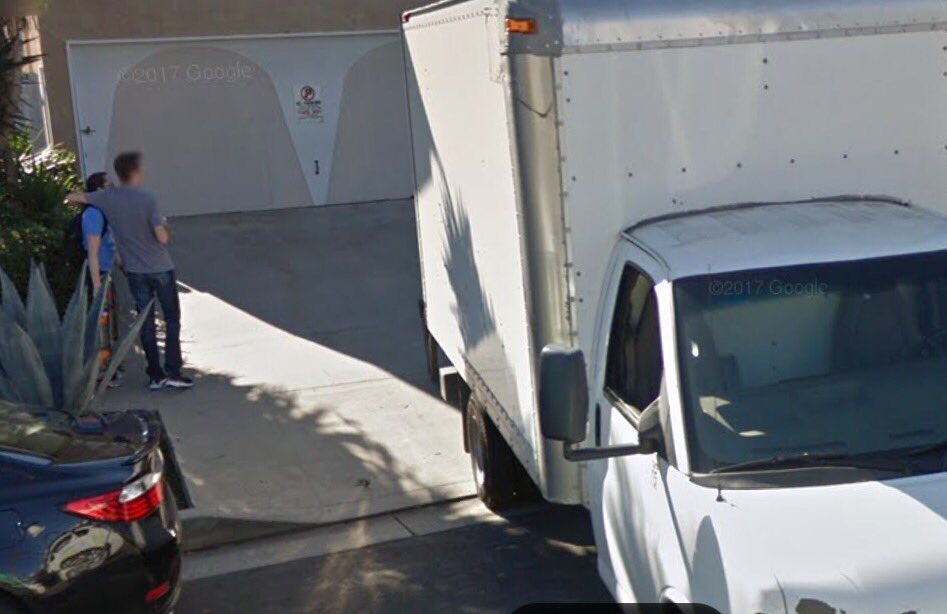 Our apartment is exactly the type of middle-class housing that our city needs more of. As it is, supply is so restricted that you must be at the very top edge of that class to rent it. And of course, we’ve long passed the point that any solidly middle-class family can purchase a home in our city. We recognize how fortunate we are. Now that we’re in, we appreciate Santa Monica’s rent control ordinance, which can help keep us here no matter how much demand increases and rents rise for vacant apartments in the future.

But there’s another edge to the rent-control sword: it also consistently increases the divide between the ever-richer new residents and those who have been here for a long time or who live in otherwise subsidized housing. Our rent is over $1,000 more expensive than it was for the tenant who moved out. If and when the neighbors in our building move out, the rent on those units will similarly increase. The building is in the process of evolving and will continue to evolve from a middle-class building – not “affordable” in the government-supported sense, but affordable and accessible to most people with consistent jobs – to one in which only the richest can afford. It is not a luxury building by any stretch of the word, but it’s all that’s available, and the rich will win out.

Couple this phenomenon with the lack of new housing being built across our city, and the effects are dramatic.

Many of Santa Monica’s neighborhoods already have a mix of housing types, where single-family homes are next to duplexes/triplexes, small apartment buildings like ours, and larger apartment buildings as well. These neighborhoods can afford to increase in density dramatically, without any impact to the sacred “neighborhood character.” And without touching the zoning in neighborhoods that are solidly single-family. The palm trees on my street surely started lower than the building height, but now they tower above every structure around. They have changed, they have grown over time, but our neighborhood has not grown with them. My 6-unit building could easily be 8 or 12 units. It could easily be 1-2 floors taller, without any dramatic impact to the feel of the street.

Yes, street parking will surely remain an issue, but it’s precisely the middle-class housing that needs the least amount of it. As an anecdotal example, we moved to Santa Monica for the express reason that my wife can walk to work and I can walk to the Expo Line. We own one car between the two of us – and we store it in our apartment’s included off-street spot only because the spot comes with the apartment and the car is paid off. To be honest, we don’t need it on a daily basis and would probably be better off without it (and with the cash that we’d have from selling it). If our apartment didn’t include a spot, we’d likely own zero cars at this point and never contribute to traffic in Santa Monica.

I grew up in a neighborhood whose elementary school has now closed because no families can afford to live there. I had 12 kids my age on my small street growing up not too long ago, with too many siblings to count. And now, only retirees downsizing from richer neighborhoods or couples without kids can afford the homes; no family can buy in the city like my parents did. Santa Monica has fantastic schools, good streets and parks. It’s a wonderful place for a family, and we intend to raise one here – but it’s rapidly growing more and more out of reach not only to us but to any other young family. We must not allow this to happen. The future of Santa Monica truly depends on it.

I realize that this plan is only about Downtown Santa Monica, but the issues facing our entire city are connected. If we do not prioritize adding housing in Downtown, how do we believe we’ll ever be able to have enough in the rest of the city? While some may believe this city was perfect the moment they moved in and nothing should be added or changed beyond that, I guarantee that residents who have moved to Santa Monica at various times throughout the past decades all believe that their decade was the best. In fact, no decade was best, and they’re all part of a constantly evolving city. It’s important that we direct the way it involves, so that the changes are positive for as many people as possible, because we will never be able to stop them. Many of the residents – renters and owners alike – who live in our city would not be able to afford moving in today or in the near future. It is time for us to double down on middle-class housing, on affordable housing, and yes even on luxury housing. If we don’t, then even the most basic of homes – our entire city – will effectively become luxury.

I urge you to support a Downtown Specific Plan that encourages housing growth. The current plan is not it.

Downzoning Won’t Save Your Neighborhood, But Smart Growth Just Might