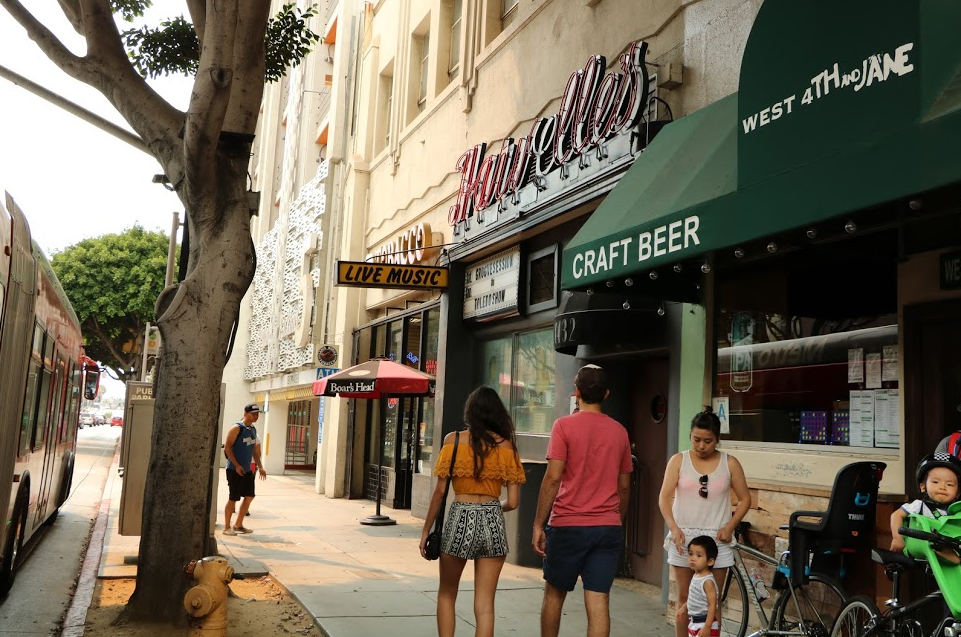 The final series of public hearings on the Downtown Santa Monica Community Plan kicked off this week with back-to-back City Council meetings.

On Monday night, more than 150 people showed up for a marathon session of public testimony on the plan that ran about five hours long and included a wide range of voices, from people who work downtown to long-time residents to relative newcomers to the community.

And on Tuesday, the City Council began deliberation in the lead up to its July 25 meeting at which the Council is scheduled to finally vote on approving the plan, a 300-page document that lays out the vision for the future of the area west of Lincoln, south of Wilshire, and north of the I-10 freeway from now until 2030.

The plan has changed since Santa Monica Next first reported on it in April. The plan emerged from a gauntlet of Planning Commission meetings with a litany of recommendations to improve the plan namely by streamlining the process for moderate-sized housing projects, recommending the 130 foot height limit at three large sites downtown, and eliminating a recommendation that those sites would need more than just a simple majority vote of the city council to approve projects that fell within the limits laid out in the plan. While the plan had been improved, some saw room for more improvement.

On Tuesday, the city council voted 5-to-2 to accept staff’s recommendation for the three large sites but the housing question was more difficult. While none of the Council members opposed the idea of streamlining housing projects, two main obstacles remained: how large can a project be before it no longer qualifies for streamlining and how much affordable housing can the city require before the projects simply become infeasible. Some on the dais want to see the rules require 30 percent affordable units in new housing projects between 60,000 and 75,000 square feet, but others worried that these requirements would be too onerous and encourage low-scale commercial development on potential housing sites instead. The final decision won’t be made until July 25. There were a few other decisions made Tuesday night, including eliminating parking minimums, looking to add a dog park downtown, and streamline all 100 percent affordable housing projects.

While on Monday some spoke against the plan in general, often specifically demanding that the city-owned property at 4th/5th Streets and Arizona be turned into a park, the majority of the speakers turned out to support development standards that would allow for more housing — especially affordable housing — to be built and in support of flexible standards at three specific sites that would allow projects to be proposed up to 130 feet.

“At what point does compromise become capitulation?” Abby Arnold, a 34-year resident and active member of the group Clergy and Laity United for Economic Justice (CLUE), asked from the podium.

“We’ve really done a good job of coming to an agreement about what makes sense in terms of building our community,” said Arnold, who is on the Santa Monica Next steering committee.

Rayne Laborde, a younger resident who lives downtown, called for the plan to go further and preserve the current 84 foot height limits that currently prevail throughout much of the downtown.

Even I testified Monday night, reiterating a point often written about here: housing affordability in Santa Monica is dying a death of a thousand cuts. Over the last few years, multiple projects throughout the city have been withdrawn or abandoned completely as a direct result of anti-development activism, resulting in an aggregate loss of about 1,500 units that would have replaced underutilized commercial or industrial areas.

The Downtown is currently the last place in Santa Monica where housing can really get built in large part because the Council narrowly voted in 2015 to reduce zoning on the boulevards. I presented the following slideshow as part of my testimony to illustrate my point:

As deliberation Tuesday revealed, however, the question of whether or not the final plan will actually encourage housing has yet to be determined. It’s not that anyone on the Council doesn’t want housing, it’s a question of the details.

Some on the city council want to require that housing projects between 60,000 square feet and 75,000 square feet include 30 percent affordable units, which is an onerous ask. Staff and the city’s outside economic consult said Tuesday they were unaware of any jurisdiction that requires such a high inclusionary rate for each individual project. Smaller projects would be required to provide 20 percent affordable units.

While the higher rates of affordable housing are good on paper, the same council members who are pushing the higher inclusionary rate requirement are opposed to increasing the allowable heights and densities of more streamlined projects, which theoretically could help make the higher affordability requirement pencil out. In short, the higher requirement may result in fewer affordable units being built, undermining the point of raising the requirements in the first place.

The final vote on this matter will go before the council on July 25.

Monday’s testimony can be seen here and Tuesday’s deliberation can be watched here.

The 12-Story Version of the Plaza at Santa Monica Project Gets...