After escalating confrontations with white supremacist groups over the past couple of months, the grassroots Committee for Racial Justice saw an outpouring of community support Sunday night at its monthly meeting at the Thelma Terry building in Virginia Avenue Park.

Hundreds of local community members, activists, elected officials, and other leaders turned out Sunday night for a “unity rally” in support of the local group, which focuses on addressing social and racial justice issues in the community.

The Committee for Racial Justice had recently been targeted by multiple white supremacist groups, members of which had been showing up to the Committee’s monthly meetings to disrupt them.

In July, a handful of extreme right-wing and white supremacist activists showed up and sat in on the Committee for Racial Justice’s seminar on white privilege, filming the event and interjecting racist and anti-Semitic commentary.

The following month, dozens of white supremacist and extreme right-wing activists showed up and attempted to force their way in to the Committee’s meeting at the Thelma Terry building. Defiant in the face of the opposition, however, the Committee for Racial Justice refused to cancel their September meeting and instead called on the community to rally in support in case the opposition showed up again.

Sunday’s unity rally was met with almost no opposition from white supremacist or extreme right-wing groups, save for a small handful.

At one point during the rally, as the Committee for Racial Justice met inside the building, L.A. Sheriffs on horseback moved in to separate the crowd from the small group or right-wing extremists that had showed up at the rally. A man in a red “Make America Great Again” hat stood on one side of a barricade and exchanged heated words with supporters of the Committee on the other side of the barricade. 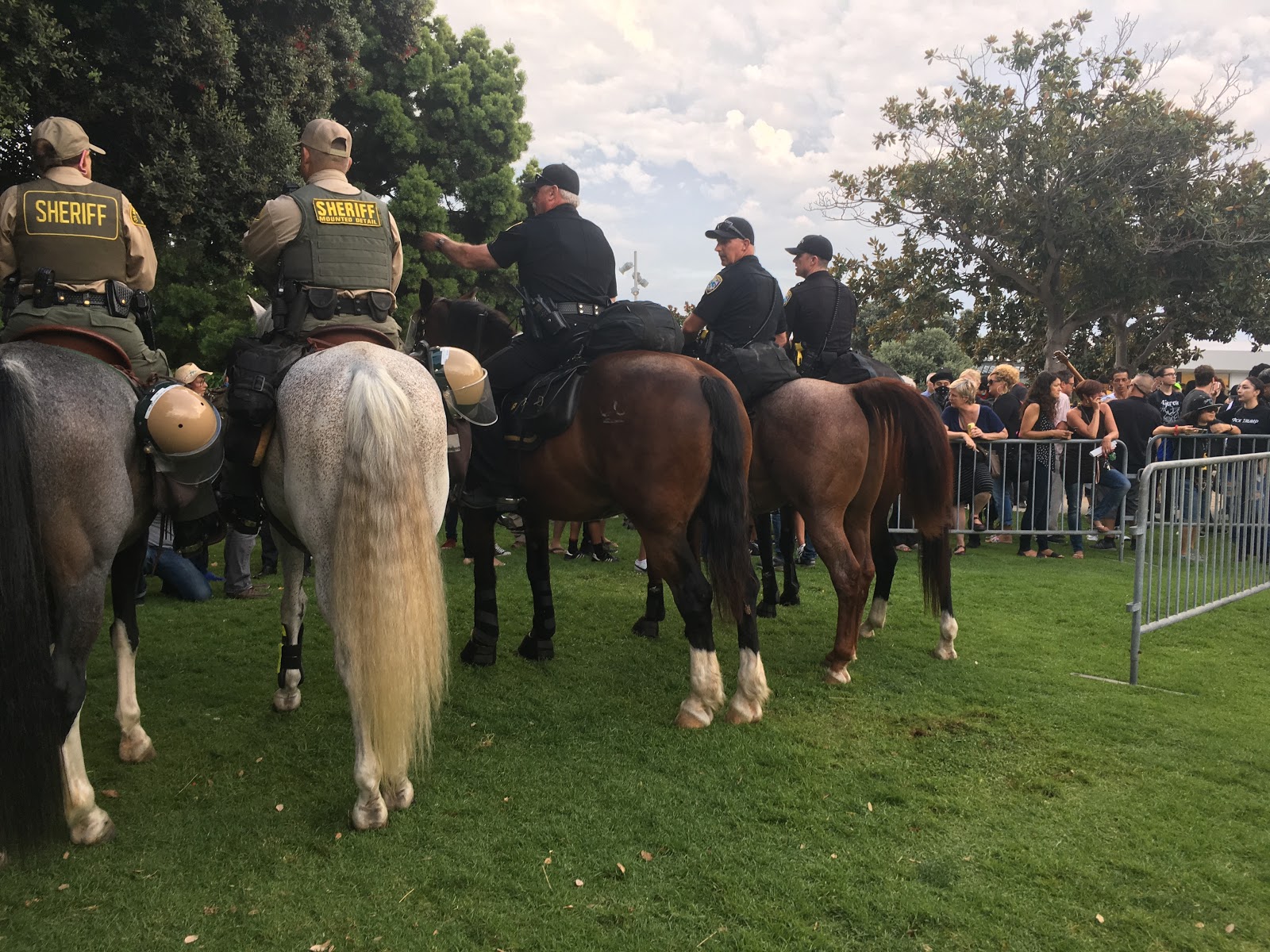 Otherwise, the event went without much happening and the Committee for Racial Justice held its meeting without interruption.

Were you at the meeting? Do you have photos? Share in the comments.

Coming Up: The League of Women Voters of Santa Monica Hosts...

Coming Up: BUSted! is Back, Donate to Handbags of Hope, and...