Thursday’s meeting was the first public reveal of the new plans, which have been significantly downsized in order to fit into Santa Monica’s recently adopted Downtown Community Plan.

Gehry, a long-time Santa Monica resident, told the standing-room-only crowd gathered in the Multipurpose Room in the Santa Monica Main Branch library Thursday night, that he and his team approached the project very much as a member of the community.

The height of the new proposed building has been lowered by 100 feet from the original proposal and the density by 65 percent, the team told the crowd. Also, instead of including condos, the project’s residential component will include 75-80 rental units, a yet undetermined number of which will be rented at below-market rents to income-qualified tenants.

Gehry also noted that the architectural design is still “not finished.”

The proposed project still includes plans for a 40,000 square foot museum and for preserving two historic buildings on the property by incorporating them into the museum space.

The project team also noted that they improved the ground-floor circulation plan to reduce vehicle and pedestrian conflicts. 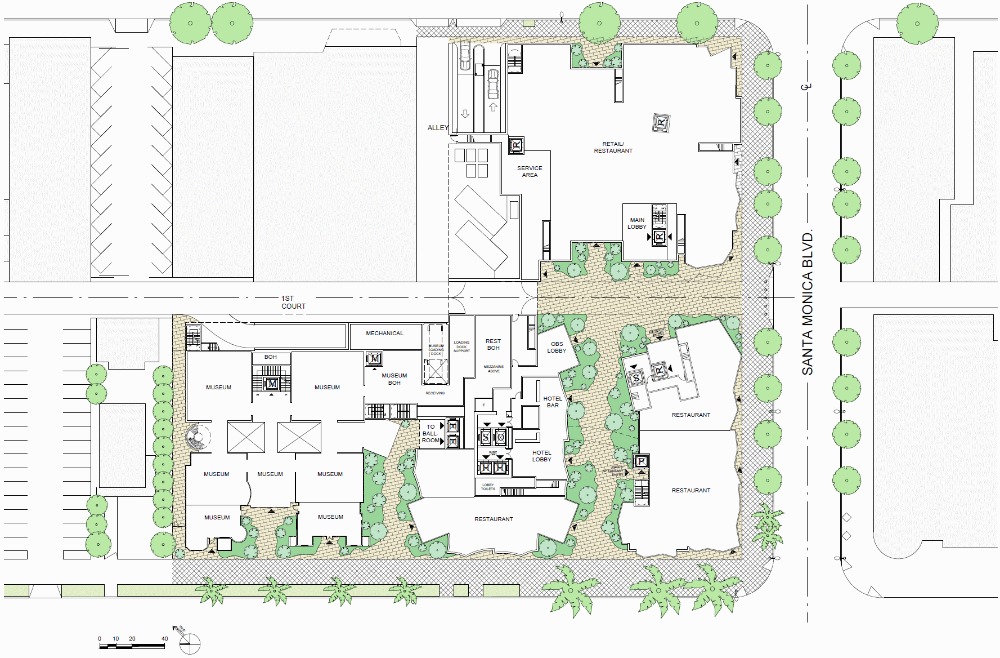 The project’s website offers up a summary of the major changes to the project made since the original 2013 proposal:

The Ocean Avenue project is on one of three sites in Downtown Santa Monica that the recently-approved Downtown Community Plan allows for projects up to 130 feet tall. The other two sites include the city-owned property at 4th/5th and Arizona and the Fairmont Miramar site at Wilshire and Ocean Avenue.

Both sites have pending projects that have been in the works for several years. However, renderings for the other two projects under the new standards set by the Downtown Community Plan have yet to be released.