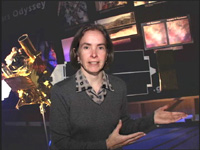 Dr. Suzanne Smrekar—Principal Scientist and Deputy Principal Investigator for NASA’s InSight mission to Mars—will give a lecture at Santa Monica College (SMC) on Thursday, May 31 at 11:15 a.m. in Art 214 on SMC’s main campus, located at 1900 Pico Blvd. The lecture, titled “NASA’s InSight Mission to Mars: Investigating the Early Evolution of Rocky Planets” is free and open to the public. Seating is on a first-arrival basis.

Dr. Smrekar is an award-winning geophysicist with a specialty in the tectonics and geodynamics of Venus and Mars. Her research interests include modeling of mantleupwelling and tectonic processes to understand the different evolutionary paths of Venus, Mars, and Earth; using numerical and analytic models of deformation; as well as the development of instruments to measure thermal properties and heat flow on other planets, among others.

She holds a B.S. in Geophysics/Applied Math from Brown University, and a Ph.D. in Geophysics from Southern Methodist University. Dr. Smrekar conducted post-doctoral research at MIT before joining NASA’s Jet Propulsion Laboratory (JPL) in 1992.  Since then she has balanced research with project responsibilities, including Project Scientist for Deep Space 2, pre-project scientist for the Mars Science Laboratory Rover, and Deputy Project Scientist for Mars Reconnaissance Orbiter.

The lecture is sponsored by the SMC chapter of the Phi Theta Kappa honor society. Street parking is restricted around the SMC main campus. Attendees are encouraged to arrive via the Expo line, the bus, or a ride-sharing service. For a map of SMC’s main campus, see: smc.edu/MapsDirections. For more information, please call Hari Vishwanadha at 310-434-4242.