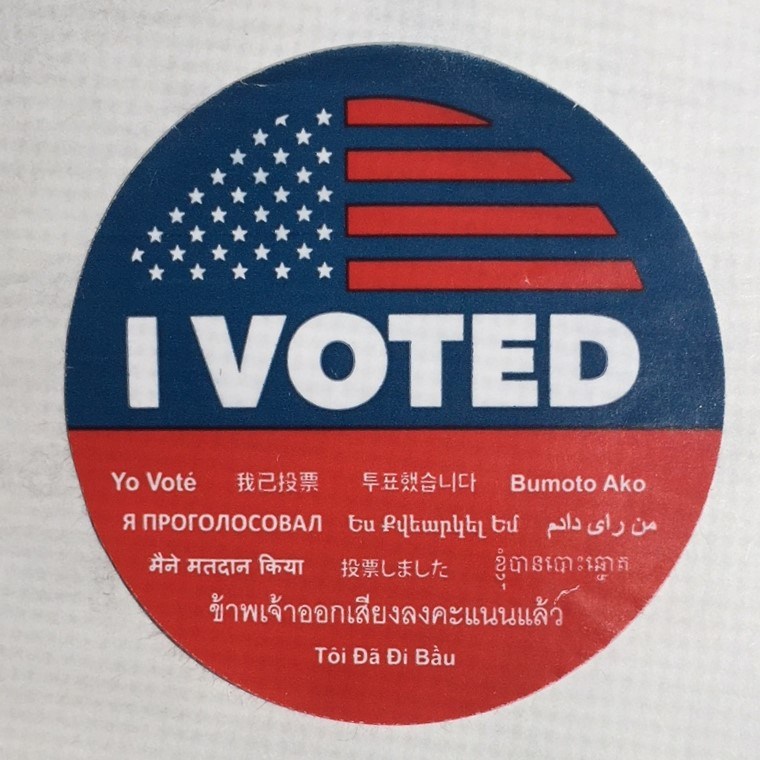 California voters went to the polls yesterday. Most races merely narrowed down large lists of candidates into smaller two-person races. For most elected offices, the picture will not be clear until voters return to the polls for the general election on November 6.

There is some good news on several state measures that impact livability, and some bad news on a Southern California recall that could be a proxy for a push to repeal the state’s recent gas tax increase. Local measures appear to be mixed, with a somewhat worthwhile Bay Area bridge toll measure winning, a deceptive San Jose pro-sprawl initiative losing, and a Davis streets maintenance parcel tax losing.

Proposition 68 allocates $4 billion for a broad mix of parks and water projects. The measure was shepherded by State Senator Kevin De León (who, in November, will face off with incumbent U.S. Senator Diane Feinstein for her Senate seat.) Parks in and of themselves are important for health, urban livability, the environment, and more. The measure funds bike and walk trails, including a planned new walk/bike bridge, championed by Assemblymember Laura Friedman, that will connect Glendale to Griffith Park.

Gas Taxes for Transportation Only: Passed

Proposition 69 restricts money from the recently-enacted S.B. 1 gas tax increase to be set aside strictly for transportation purposes. The measure’s passage could (slightly, hopefully) help deflate the ongoing effort to repeal the gas tax, which will be on the November ballot. If that repeal succeeds, it would put the state back in a funding mess. Note that Prop 69 does not require that the money goes for building roads–there are many ways to spend transportation dollars that does not involve encouraging people to drive. See SBCA’s earlier Prop 69 explainer.

Proposition 70‘s failure is good news. It means that cap-and-trade funds will not be held hostage to endless negotiations in the future. Prop 70 would have amended the state constitution to require a two-thirds vote by the legislature when deciding how to spend cap-and-trade funds six years from now. This currently only requires a majority vote, same as the state budget. Oddly, Prop 70 would also have applied only for a single time period, between January 2024 and whenever a spending plan was passed.

The proposition was put on the ballot as part of an agreement between Governor Brown and Republican legislators, led by Assemblymember Chad Mayes, to get a few Republican votes in favor of extending the state’s cap-and-trade system. There was some uncertainty whether the extension itself needed a two-thirds vote or not—tax measures for specific purposes need a two-thirds vote to pass, so the question was really about whether cap-and-trade constituted a tax. Previous legal challenges had been settled in favor of a “no” to that question, but to avoid any potential future legal attacks, supporters pushed to get a two-thirds vote just in case.

Republicans wanted more control over how the money is spent in a legislature dominated by Democrats. Either that, or they wanted to tie up the process indefinitely or give themselves time to game the system and get some money for pet projects, given how notoriously difficult it is to pass anything with a two-thirds vote.

Right now, sixty percent of cap-and-trade’s Greenhouse Gas Reduction Fund (GGRF) goes for high-speed rail, transit, and the Affordable Housing and Sustainable Communities program. The rest is “discretionary,” which means every year the legislature decides which programs to fund, and the plan can potentially change each year. Currently, it is going towards a wide variety of programs aimed at reducing greenhouse gas emissions, including forestry, agriculture, dairy, water, and waste diversion projects.

The Air Resources Board has a map of GGRF-funded projects here.

Newman Recall Could Be Preview of Gas Tax Backlash

The Republican-led effort to repeal the S.B. 1 gas tax increase was not on the June ballot; it will be on the November ballot. This time around, the anti-tax forces appear to have successfully recalled State Senator Josh Newman, primarily due to his vote in favor of raising the gas tax. Newman is a Democrat whose traditionally Republican-leaning district straddles Orange, L.A. and San Bernardino counties. If current results hold, as is very likely, Republican Ling Ling Chang, who lost to Newman in the last election, will replace him.

It is too soon to tell if this local race presages a statewide backlash. Hopefully, the statewide democratic coalition that passed S.B. 1 has the moxie to defend this needed transportation measure.

Local and Regional Measures: A bridge toll hike won in the Bay Area, San Jose seems to have pushed back a sprawl development proposal, and Davis turned down a parcel tax to maintain its streets and bike paths.

The bridge toll hike, Regional Measure 3, was on the ballot in nine Bay Area Counties: Alameda, Contra Costa, Marin, Napa, San Francisco, San Mateo, Santa Clara, Solano, and Sonoma. It would raise tolls on bridges in the Bay Area, and needed a majority of all nine counties to approve it–and got it, with 54 percent of the vote.

Like many local voter-approved measures, it contains a list of projects that the money would go to with the goal of “relieving traffic.” The list includes a number of transit projects, including new BART cars, Capitol Corridor services, improvements to the regional Clipper fare payment system, and upgrades to ferries and ferry terminals. But it also includes highway expansions, in the guise of new express lanes crossing county lines and converting several carpool lanes into express lanes.

Meanwhile, in the city of San Jose, a deceptively-titled “Evergreen Senior Housing Initiative” seems to have been fought back. It hasn’t been called yet—the votes are still coming in–but the Greenbelt Alliance, which opposed it, is confident that it will go down because a competing initiative did win.

The first initiative, Measure B, would have created a “senior housing” zoning overlay in parts of the city—and it would also have rewritten the city’s General Plan and a local municipal code to allow a sprawling development on the outskirts of the city. The competing Measure C, which was a charter amendment to restrict sprawl and protect open lands, is currently passing with almost 59 percent of the vote.

In the city of Davis, the City Council placed Measure I on the ballot to raise funds for “street and bike path” maintenance via a parcel tax of $99 that would sunset in 2028. Although it got a little over half the vote, it needed at least two-thirds–because it is a tax with a specific purpose–and therefore was defeated.