This is the first in what we hope will be a series of questions and answers between readers and personal injury attorney James Pocrass. If you have a question you’d like answered, email [email protected] or tweet @damientypes.

You’ve written about scooters and scooter laws at your blog and on Facebook. Cities seem to be taking different approaches to the different companies. Do you have any thoughts on what cities should be doing when they make their scooter rules to keep everyone safe?

Ken: Thank you for your question.

The entire scooter scenario seems to change daily as cities scurry to come up with an answer to “what to do about the scooters.” In my opinion, this has created nothing but more chaos, and, if what I have seen in Beverly Hills and Santa Monica is representative, few scooter riders pay any attention to – if they even know – the laws that already exist for scooters.

With cities taking a new look at mobility and safety strategies because of the e-scooters’ arrival, it’s a good time for cities to rethink their larger mobility plans. This will allow for a comprehensive, integrated mobility plan that encompasses all of modes of transportation.

Therefore, Ken, I am going to take the liberty to reframe your question to: What should Southern California cities be doing to make it safer to get around in or out of cars? Here are the top four things I’d make sure to include in a comprehensive, inclusive city mobility plan:

We all know that hit-and-runs – whether you’re in a vehicle, walking, on a motorcycle or
bicycle (and probably soon on a scooter) – have reached epidemic proportions.

Often we hear that the driver in a hit-and-run turns himself in to the police the next day or
so. Ones suspects it was because the driver was driving under the influence. Though both
have strict penalties individually, combined these could have significant results.

Of course this assumes that hit-and-run drivers are given more severe penalties in the criminal courts. As we know, that rarely happens, even when the victim has suffered serious personal injuries or a wrongful death.

The penalties are in the law, and they are significant, if cases are brought by the district attorney and if the penalties are used. If the hit-and-run results in injury or death, it is charged as a felony and penalties can include several years in prison, thousands of dollars in fines, points on your driver’s license (resulting in increased insurance premiums), and the suspension of your driver’s license. I believe a zero-tolerance sentencing policy should be implemented and enforced.

I’ve also read about a national technological solution to hit-and-runs. The concept is that a federal law would mandate that all vehicles would have to have an Accident Reporting Device (ARD). When the device detects a collision it would immediately send to a national law enforcement database a unique vehicle ID, date/time, GPS coordinates, and various accident data (location on vehicle, type of impact, force of impact, and so on).

Disabling or tampering with an ARD would be treated like a serious crime. Law enforcement would have the power to conduct an inspection of the ARD at any time to ensure compliance (similar to its right to ask for proof of insurance). Like smog inspections, ARD would have to be inspected at an approved inspection site.

An ARD program would not catch every hit-and-run driver since you’d still have to prove who was driving, but it would act as a deterrent and catch a large number of those who commit a hit-and-run. 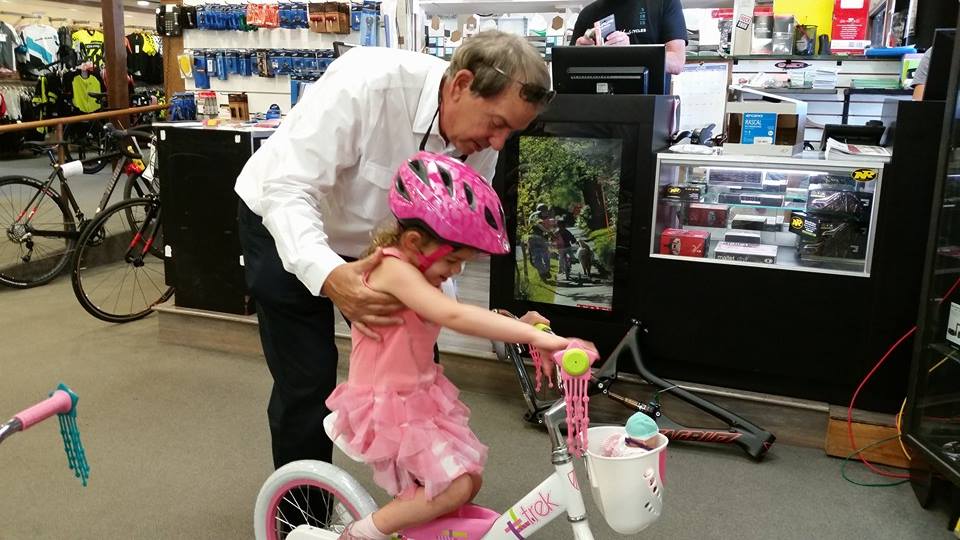 Speed limits have been on the rise since 1995 when Congress repealed the 1973 requirement on states that they adopt the 55 miles per hour maximum speed limits if they wanted federal highway dollars. Rising with speed limits has been traffic fatalities. An April 12, 2016 study by the Highway Loss Data Institute of the Insurance Institute for Highway Safety, showed that increases in speed limits in two decades cost 33,000 lives in the United States. In 2013 alone, there were 1,900 additional deaths, thereby erasing the number of lives saved by front airbags that year.

The reality is that the only benefit to speed is that you can get to your destination faster (at least supposedly). The negative effects of higher speeds is an increase in accident risk, an increase in and more serious injuries and property damage when there’s a collision, an increase in motor vehicle operating costs, and an increase in noise and exhaust emissions. Still, society and cities resist reducing speed limits.

Though I don’t know if a city has a choice on whether it can use a method other than the 85% Percentile strategy of setting speed limits, I believe that a new and more sensible method needs to be utilized. At the very least, a city needs to find ways to reduce speed limits to ensure safer streets.

Another way to reduce speed limits is by how streets are (re)designed. Streets can be designed with features that naturally reduce vehicle speed. Enforcement of speed limits also helps as a way of controlling driver behavior. Research demonstrates that aversions to speed control systems do decrease in time, which, I guess, is a researcher’s way of saying, “deal with it.”

Street design is a complicated and lengthy subject that effects motor vehicle drivers, cyclists, and pedestrians, as well as scooters. I want to put it out here right from the start: There are individuals in all groups who behave badly. No group is immune in either poor mobility practices or in anger at others in other groups who don’t follow – or who are perceived as not following – the law.

When planning how to (re)design streets, planners need to prioritize which group should be prioritized on each type of street. For example, a residential street should prioritiz pedestrians and cyclists and be designed with sidewalks, shelters from sun and (we hope), rain; slower vehicular traffic, and repairs.

One of the best sources I found researching this post is the EU-funded Urban Transport Research Project Results (2003). If you’re interested in a wide-range of solutions, check it out.

In my opinion, the most important element is the development of PROTECTED bike lanes. A network of protected bike lanes would reduce the aggression drivers show towards cyclists and pedestrians while they protect the same. But I’m preaching to the choir here.

Interestingly, research shows that a collision also changes cyclist and pedestrian behavior – if they live through it (the latter is my addition, not researchers’ published conclusions).

For more than 50 years the Smokey the Bear campaign, created in 1944 by the Advertising Council, has been the face of forest fire prevention. Since then we’ve had a “People Start Pollution. People Can Stop It” (1971), in which Native American Iron Eyes Cody shed a single tear as he looked at how litter and pollution were damaging America. “Friends Don’t Let Friends Drive Drunk” (1983) resulted in 68% of Americans saying they have tried to stop a friend who has been drinking not to drive. “Take a Bite Out of Crime” (1979), which today has its own website and has been expanded to deal with cyberbullying. “A Mind is a Terrible Thing to Waste” (1972) helped raise more than $3.5 billion to make college scholarships more accessible to minority students. The list goes on.

Much of the craziness comes from people not knowing or not following the laws that apply to various transportation groups. A comprehensive, well-thought out public service campaign would inform, educate, and, I believe, change behavior.

I realize I have just scraped the surface of issues that cities need to consider to provide safe streets for all modality groups. I am curious though, what issues do you consider to be most important?

The world is changing. We need to change with it, and that means creating safe streets for all.

Jim Pocrass is a partner at Pocrass &amp; De Los Reyes LLP, a leading personal injury and wrongful death law firm representing people throughout California. He is an active member of and an advocate for the bicycle community. Jim is vice president of the board of directors of the Los Angeles County Bicycle Coalition and sits on the board of the East Side Riders Bike Club. The firm supports a wide range of bike groups, publishing educational materials, underwriting events, and participating in Bike Law seminars. “Like” the FB Pocrass Bike Law page. Pocrass and De Los Reyes offers free, no-obligation consultations.