The following article first appeared on The Healthy City Local.

Wednesday night there will be a joint meeting of the Planning and Housing Commissions to discuss the future of Santa Monica’s housing policies. (Don’t ask me why there is a joint meeting. The commissions have a total of 13 members, all of whom should have thoughts about those policies. Anyway – expect heat, hope for light.)

Events are moving fast when it comes to housing policy. Decades of chickens, in the form of resistance to building needed housing in coastal California, including in Santa Monica, have come home to roost. A devastating shortage of housing has jacked up rents (meanwhile making homeowners rich) and created unprecedented levels of economically-caused homelessness. Finally the State of California and regional authorities are doing something about it.

I highly recommend reading the staff report for Wednesday night’s meeting. The report does primarily two things: (i) it reviews state and regional actions since 2017 designed to stop local governments from preventing housing from being built and to require them to plan for, allow, and facilitate more housing, and (ii) it presents data from the consultants hired by Santa Monica showing that extending affordable housing inclusion requirements mandated two years ago on development in downtown Santa Monica to the rest of the city would make housing development outside of downtown infeasible (as it has largely become in downtown).

As for the new limitations on local government’s control over land use, California has enacted various laws since 2017, described in the staff report, encouraging and expediting housing development. When it comes to dramatic change, however, nothing beats what happened November 7 at the regional level. Responding to dramatic action from the governor to require plans for more housing development, and concerted action by housing activists, our regional planning authority, the Southern California Association of Governments (SCAG), made the overdue acknowledgement that the region needs a large number of new housing units, 1.3 million, and that the majority of those units need to be built, because of existing need, near concentrations of jobs and transit along the coast.

The new SCAG housing numbers, assuming they are approved by the California Department and Housing and Community Development (HCD) and survive the inevitable litigation from coastal cities, will require drastic revision of housing policies in Santa Monica if the City is going to avoid fines and other penalties. The new requirement for Santa Monica will be a net increase of about 9,000 units over eight years. To give you an idea of how dramatic this change is, over the past 24 years, the average number of new units built in Santa Monica was 217. (For more data about housing production in Santa Monica, see this post of mine from last spring.)

Still, lest anyone panic (I’m sure people are), 1,000 units per year would be only about a 2 percent annual increase in the number housing units in Santa Monica, and 9,000 units would be a less than 20 percent increase over about a decade. But the increase is overdue; from 1980 to 2018 the total number of units in Santa Monica increased only about 14 percent (from 46,393 to 52,871).  An increase to 60,000 units is nothing a city with Santa Monica’s resources can’t handle. (I won’t go into it now, because I’ve written so often about the real impacts of population growth in Santa Monica (as opposed to the mythical), but these new residents will not contribute to the traffic that results from commuters coming to Santa Monica and the Westside in the morning and leaving in the afternoon. In fact, to the extent the new residents have jobs on the Westside, they will reduce those trips.)

The rest of the staff report, including exhibits, is all about a financial analysis the City Council asked for regarding what would happen if the City extended the affordable housing requirements of the 2017 Downtown Community Plan (DCP) to the rest of the city. Why the City would consider extending the requirements is a mystery, since those DCP requirements have resulted in little housing, and virtually no affordable housing, being built downtown. (You can read more about the disaster of the DCP here.)

The reason for the analysis is, however, that there are a lot of “pseudo-housers” active in Santa Monica politics, including a large contingent in Santa Monicans for Renters Rights (SMRR). Yes, it’s ironic that an organization dedicated to the interests of apartment renters consistently supports the traditional antipathy of suburban homeowners against apartments. SMRR has always opposed the building of apartments unless they are deed-restricted affordable, which is another way of saying they don’t want apartments to be built, given that it’s difficult to find funding for subsidized, standalone affordable projects. SMRR is the best friend of apartment owners who want to increase rents when rent-controlled units are vacated, because SMRR fights the building of new units that would compete. The pseudo-housers like nothing more, however, than to enact laws that proclaim their “progressiveness” even while demonstrating their opposition to any change in the perfection they evidently find in Santa Monica. That’s why they are pushing an extension of the DCP requirements.

Genuine needs for genuine, not rhetorical, progress, however, are catching up to the pseudo-housers, not only because of high rents and homelessness, but also because of the broad recognition that to reduce carbon emissions it is going to be necessary to live more densely, closer to jobs and transit.

Getting back to Santa Monica’s pseudo-housers, I can predict how they will respond to the new SCAG housing assessment of 9,000 units. About one-half of these units should, according to SCAG, be affordable to low-income households. This is undoubtedly correct (although I don’t believe SCAG has fully taken into account the impact of building new housing on the preservation of affordability in old housing). What I predict, however, is that Santa Monica’s pseudo-housers will seize on this data point and demand that all housing development in Santa Monica be 50 percent low-income affordable. Of course, this would kill private investment in housing, which is what the pseudo-housers want. (To the extent market-rate and moderate-income housing is not built, old, affordable housing stock will continue to be cannibalized and turned into higher-priced housing, but that has never bothered the pseudo-housers.)

So, with all this, where should the City go with housing policy? To me, the City should first return to prior tried-and-true policies that resulted in housing, including affordable housing, being built in Santa Monica over the past 25 years. Then the City should also build on policies, such as the new state law on additional dwelling units (ADUs), to encourage more housing. These policies would include:

• In general, increase the zoning envelope to the maximum allowed in the general plan, but at least by one story in all multi-family and commercial zones.

• Return to the moderate-income policy that existed under Measure R until a few years ago, by which a developer could build a 100 percent moderate income project without other requirements. This policy resulted in hundreds of deed-restricted moderate-income units, many of which are now occupied by Section 8 tenants, being built without a dime of public subsidy. A few years ago the pseudo-housers killed this unsubsidized moderate-income development by adding a low-income requirement.

• For the minimum of 15 percent of total units that need to be (and should be) low-income under Measure R, rely on and fund non-profit developers (such as CCSM and homeless service providers like Step Up or the People Concern) and require a small, perhaps 10 percent, inclusionary requirement on large market-rate projects (meanwhile charging a significant in-lieu fee on smaller market-rate projects).

• Look into ADU zoning that would allow ADUs big enough for families to be built in R1 zones.

But above all, dear planning and housing commissioners, follow Hippocrates. “First, do no harm.” Resist the pseudo-housers. 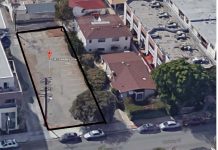