Home Uncategorized What is Santa Monica Next? 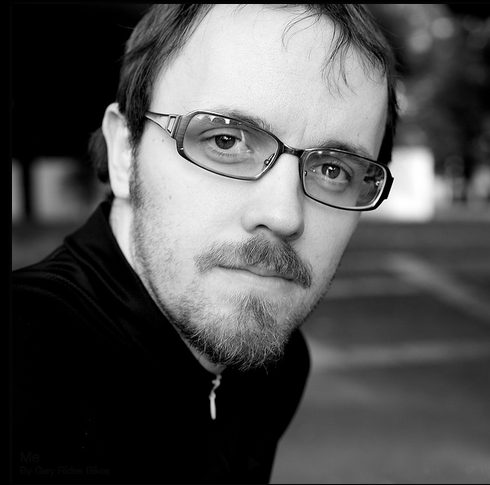 Today, we formally launch Santa Monica Next, a new online news magazine that looks at what Santa Monica can do now to become a more resilient and durable city in the next ten, thirty and one hundred years in the future. The website will focus on some of the same issues that Streetsblog Los Angeles (SBLA) but will be different for two reasons.

I’ve prepared a Frequently Asked Questions list below about the website. If you leave another question in the comments section, I’ll do my best to answer it as well.

Santa Monica Next is published by the Southern California Streets Initiative (SCSI), a local 501c(3) that co-publishes SBLA with OpenPlans in New York City. I’m the executive director of SCSI and the editor of SBLA. I live in West Los Angeles, a block east of the Whole Foods on Barrington.

The bulk of the writing will be completed by Gary Kavanagh, the Santa Monica Columnist for SBLA and a former writer for Patch. Gary is a Santa Monica resident.

Joining us as an intern is Tyler Hakomori, a senior at Santa Monica High School.

We have a local board of advisors including Barbara Fillet, Meghan Kavanagh, Juan and Sirinya Matute, Carter Rubin, and Joni Yung, All six of our advisors are Santa Monica residents and their professions range from Director of the UCLA Climate Change Program to professional fundraiser, to staff member to Los Angeles Mayor Eric Garcetti to writer and yoga instructor. It’s a pretty diverse group.

At first, a typical week at Santa Monica Next will consist of one or more stories by Gary, a news roundup by me and a featured event by Tyler. We will also syndicate stories by Streetsblog Los Angeles that are of local interest. For example, later this week I’ll be writing an update on the Expo Bike Path that will appear on both websites.

As we move into the fall, we hope to add more columnists and more hard news stories. If you want to write for Santa Monica Next, email damien@streetsblog.org. We’re not hiring even part-time writers at the moment (we’ll let you know if that changes) but welcome guest pieces.

We will also have a day of “full coverage” tomorrow where you can see what our coverage will look like: Gary  will post a roundup of Tour Da Arts. Tyler will post our first event of the week. And we’ll Live Stream a press conference announcing our launch.

How Are You Funded:

Santa Monica Next is funded through a mix of sponsorships, advertising and reader donations. As these donation bases grow, we will increase the amount of coverage we can provide. We hope by the start of 2014 to have a solid enough base to provide daily coverage through a team of part-time writers all based in Santa Monica.

If you wish to donate to Santa Monica Next you can do so through paypal here or through KickStarter here. We’re also holding a fundraiser on September 22, details of which can be found on Facebook. The KickStarter has some fun rewards for donors. The more readers that donate the more content we can provide.

If you’re interested in a sponsorship or in buying and advertisement, contact me at damien@santamonicanext.org. We sell advertisements based on either how long and where on the website it’s going to run, or a per page view rate.  Our rate sheet is available here.

All donations are tax deductible.

A video from yesterday’s Tour Da Arts at SMMoA features me talking about Next at the 1:30 mark.

One of the main reasons we are excited about this model of journalism is because once we’re a little farther down the road I’ll be handling the finances and Gary and the rest of the team will handle the content. There will be a total wall between fundraising and editorial.

Instead of just saying, “trust me, we’re not just saying whatever <insert name of boogeyman here> wants us to say,” I can point to our track record with Streetsblog Los Angeles. We’ve taken advertising money from Metro. The spokesperson for LADOT is an annual donor. Nobody has ever accused us of giving either agency preferential coverage. Ok, the Beverly Hills Courier did once. But that was because their writer had us confused with The Source.

We love all our donors, and appreciate that they like what we’re doing enough to hand over some of their money to support us. We love our advertisers, but in that case we’re making a cash transaction. We love our sponsors, but we draw a line by not having a sponsor on the advisory board.

While Santa Monica Next will have some opinion mixed in with news stories, we uphold the basic tenets of journalism. Donating/advertising/sponsoring Next does not guarantee coverage.

Because Santa Monica asked for it.

When we were looking for sponsors for community based columns for Streetsblog, Santa Monica Bike Center stepped up. When we held a contest between Santa Monica and Long Beach to see which city could raise more cash for a community news site, Santa Monica beat The Beach 8 x 1. The Library Alehouse has twice sponsored us for fundraisers. One third of the current and past board members for SCSI live in Santa Monica.

Because of the nature of government in Santa Monica, we believe an Impact Journalism website can help move things in an even more progressive direction. Two planning commissioners donated to the Kick Starter. Pam O’Connor came to one of our fundraisers. In addition to attracting a mass audience, we’ve already begun and continue a dialogue with city leaders.

It’s a term I invented after I was tired of hearing Glen Beck refer to himself as an “advocacy journalist,” the same term applied to many non-profit journalists. It means we judge our success based on whether or not our work has made an impact, not on how many people come to the website every day.

Do you have a question we didn’t answer? Leave it in the comments section. We’ll get to it.