Home Uncategorized CEQA Reforms Could Spell the End for LOS 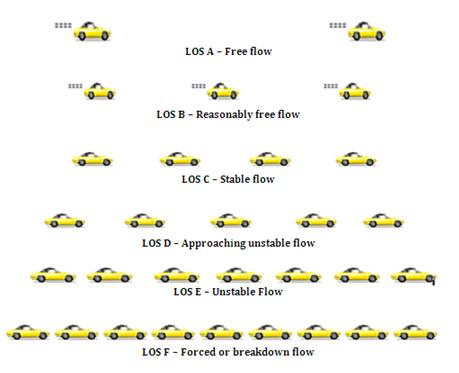 Finally, some sanity may be coming to California’s most important environmental protection law, the California Environmental Quality Act (CEQA). Under current law, all projects, be they rail lines, bike plans, or new buildings would have to prove that it would not impact local driving times or it would have to complete a costly mitigation plan.

Traffic plans and projections are routinely challenged by NIMBY’s which sometimes lead to delay of a project, such as implementation of San Francisco’s bike plan, and other times just lead to local annoyance, as the recently concluded lawsuit against Los Angeles’ Expo Line.

However, a series of amendments to SB 731 written by Senator Darrell Steinberg changes that standard. Instead of looking at Level of Service, (LOS) the barometer of how quickly cars can move through the street, projects will be evaluated on how they impact air quality, noise, safety and overall mobility. For years, CEQA studies have led to more fast moving traffic, more sprawl and more dangerous communities.

An early version of the amendments only applied the LOS change to transit districts, but that was amended to include the entire state in yesterday’s committee hearings.

In the Sacramento Bee, Curt Johanson of the California Infill Builder’s Association notes that these changes will finally have CEQA working as it’s supposed to.

“By moving toward these real environmental measures, Steinberg’s bill makes good projects in the right locations easier and ensures more thorough environmental review of all projects. Projects would get rewarded for reducing overall driving and burdened if they contribute to more, resulting in a solution that both business advocates and environmentalists can agree is healthy in the long term for all Californians.”

Autumn Bernstein, the director of Climate Plan, concurs. She writes of the updated SB 731, “Its a game-changer for bike lanes, BRT projects, and infill developments have been stymied by CEQA’s outdated fixation on Level of Service. “

Odds of 731 passing have increased since Streetsblog discussed the legislation last week. Steinberg shelved popular legislation such as SB 1, which would have funded portions of other smart growth legislation, to focus on CEQA reform. SB 731 cleared the Assembly Natural Resources Committee yesterday and is expected to be heard by the Assembly Local Government Committee today. That leaves two days for a vote of the full Assembly and a hastily assembled conference committee between the Assembly and Senate, before heading to the Governor’s desk. SB 731 passed in the Senate earlier this year.

While Bernstein praised the changes to LOS that now appear in the legislation, she is even more enthused by changes  that will help prevent physical or economic displacement, commonly thought of as gentrification.

These measures could include rent stabilization ordinances, inclusionary zoning, housing impact fees, and condominium conversion restrictions. SB 731 is now one of the few pieces of legislation to recognize that there is an environmental and societal harm to policies and projects that displace residents and uproot communities. The California Planning and Development Report explains that the politics of this proposed change aren’t cut and dry:

In the past, the state has explicitly rejected moves toward assessing the socioeconomic impact of development via CEQA – in contrast to New York, whose CEQA equivalent moved in that direction a long time ago (but is not as frequently used on private development). These amendments reveal the tension among liberal Democrats in reforming CEQA. On the one hand, they want more infill development. But on the other hand, they can’t let go of the idea that infill development will be bad for people who currently live in urban neighborhoods.

Of course, nothing is certain in the California legislature, and a powerful collection of business and oil interests are trying to gut CEQA. Streetsblog discussed earlier today how some of the arguments put forward by these interests are, to put it kindly, less than true.

While it is certainly frustrating for transportation reform advocates to see frivolous lawsuits or delays to projects, removing a broad portion of the state’s environmental protections, as opposed to the technical changes proposed by Steinberg, would undermine legislation credited with halting off-shore dumping, electrifying the port of Los Angeles and saving California’s redwood forests.

Streetsblog will continue to follow SB 731 as it advances this week.