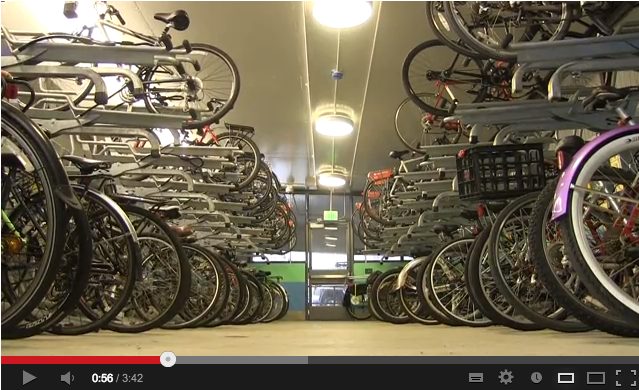 Did you know Santa Monica has the largest bike parking facility of its kind in the country? The wildly popular Bike Center, with locations at Santa Monica and Main and 1502 4th Street, should be a model for cities looking to invest in off-street bicycle facilities. Not only is it a public service, it’s also profitable for both the city and its business partners with Bike and Park.

The above video was made to kick off the Southern California best practices series by Streetsblog Los Angeles. For more of SBLA’s films, visit http://youtube.com/socalstreetstube.