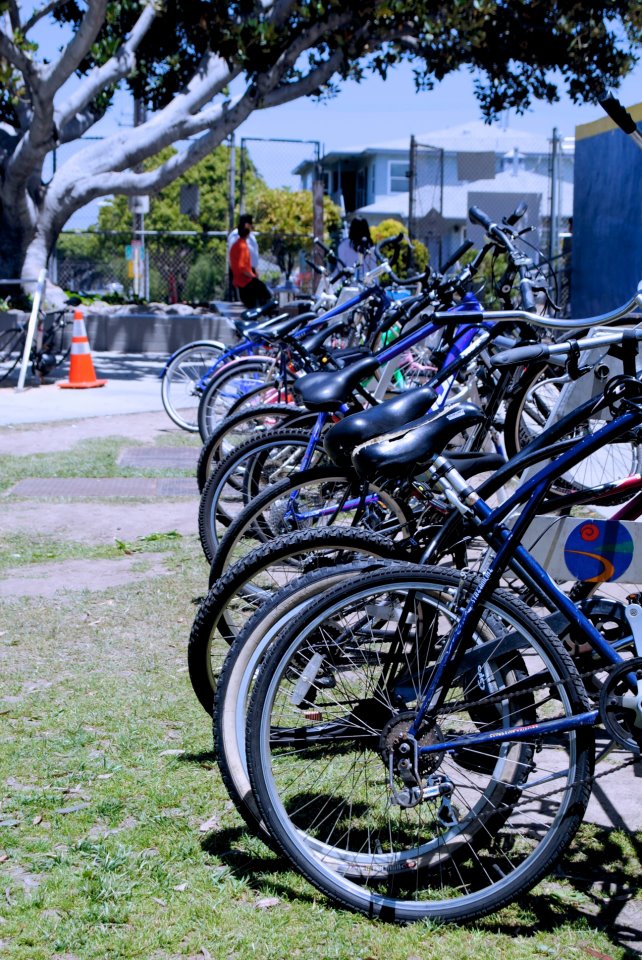 If you’ve ever driven down Lincoln Blvd. during the Samohi school year, you may have seen electronic signs proudly illuminated with the words: “Santa Monica High School’s Bike It! Walk It! Day.”

Bike it! Day is an event that has had a long and successful history at Santa Monica High School. Started in 2007 by the Samohi Solar Alliance, Bike it! Day has grown from a participation of roughly 80-100 students using alternative forms of transportation to an event that encompasses over fifty percent of the student body.

The basic premise is that students are encouraged to get to school in any way they can think of- walking, biking, skateboarding, riding the bus- as long as it doesn’t involve being dropped off in a car. The Solar Alliance hopes that once kids do it once, they’ll see how easy it is to implement alternative forms of transportation into their daily lives.

Considering the overall decline of walking and biking to school in the United States, this is a very important message to make. The club also provides incentive for students, offering breakfast foods and Diddy Riese cookies to all participants. Coupled with live music, this engenders an environment that gives the message that biking to school really is, well, pretty cool.

Throughout the years, the Solar Alliance has continued to actively think of new ways to create a sustainable community. For example, soon after the conception of Bike it! Day at Samohi, the club succeeded in getting a grant from Safe Routes to School to expand the event into the rest of the community. This year, however, the Solar Alliance has its eyes set on an even wider scale.

According to current president Claire Goldberg, two film crews will be on campus for the October 2nd event. The resulting videos will be sent to California legislatures and representatives in order to try to make Bike It! Day a state-wide event. In this way, Samohi’s Bike It! Day will be able to serve as a model for similar events in other schools and districts across the state.