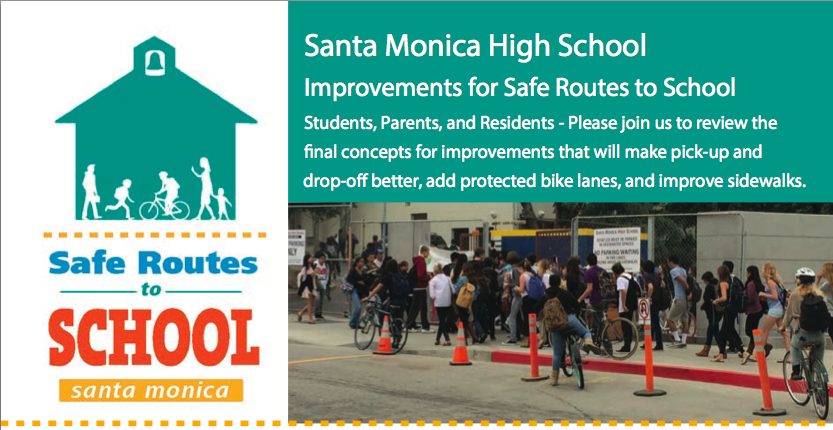 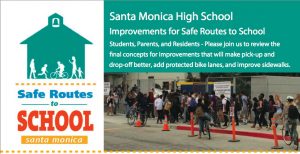 We’ve been covering the public process of the Michigan Ave. Neighborhood Greenway proposals since the launch of Santa Monica Next, but there is also related and overlapping project specific just to the area around Santa Monica High School funded by the Safe Routes To School program. There is a meeting tonight that will show concepts developed based on input from earlier public workshops, and offering another chance to get input on the plans. There are challenges that deter walking and biking to school from every direction and along every face of the campus, and this an opportunity to address some of those issues, improve crossings, mitigate drop off complications, and connect gaps in bike routes. It’s also important that the efforts immediately around the campus dovetail with the broader Michigan Ave. efforts.

The meeting tonight starts at 6:30pm and goes until 8:00pm, in the east wing of the Civic Auditorium.