Home Uncategorized Thoughts On The First Workshop For The Memorial Park Area Plan Around... 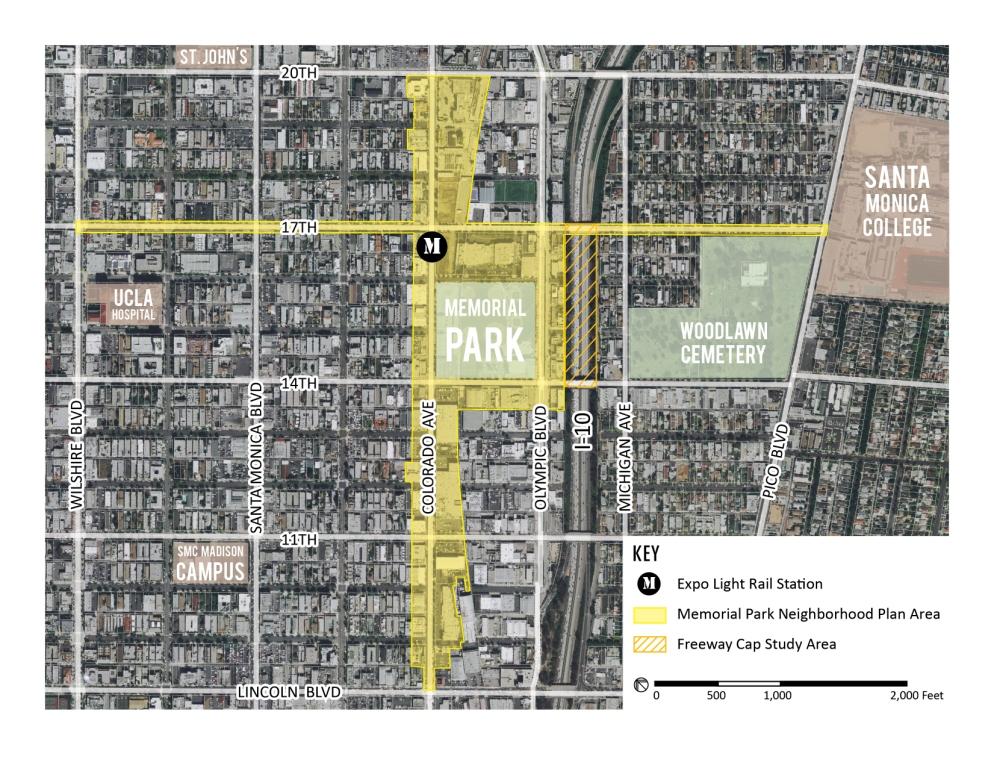 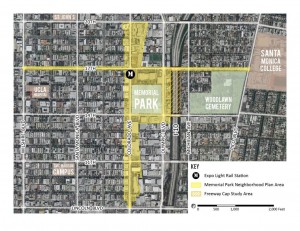 At the first workshop for the Memorial Park Neighborhood Plan, there was a lot of enthusiasm for the possibility of capping the freeway with a park (from 17th to 14th, although former mayor Mike Feinstein advocated for extending it to 11th and 18th) despite the financial challenges such an ambitious endeavor would require.

Also, as I commonly expect now in such gatherings, there were among many attendees simultaneous mutually exclusive desires for a vague sense of environmental sustainability, typified by more solar panels on things, and throw in some more rain water capture and trees, while at the same time contradicted by many sentiments to add a lot more car parking.

One of my constant frustrations is that at the end of the day, Santa Monica gets a lot more right than a lot of other places, but sustainability, in any really deep meaningful sense of the word, remains at times a tokenistic gesture in lieu of addressing the deeper challenges of the 21st Century that make automobile dependency in our cities a great liability.

Such public engagement meetings are as notable for who is absent as who is present. Public meetings often miss many demographics within the city. Wt least among those attending last night there was no enthusiasm, and mostly disdain, for the notion of building tall or density. Tall in this case being anything that might “tower” above 2 story buildings into the feared world of 4 or 5 story buildings.

This is where I find myself breaking with the tide entirely because given the limited scope of this plan, in an area that presently is largely devoid of housing, I would like to see more housing created here, including potentially some parcels up to mid-rise development of 5-7 stories tall.

The Memorial Park Area is not going to be another downtown or Bergamot, but I don’t think we should entirely preclude anything but very low-rise. This could be an opportunity to create more housing, preferably with some mixed use integrated, immediately adjacent quality transit access. Creating housing where ever we can where none exists today may relieve some of the housing market pressures for Santa Monica from impacting established neighborhoods. Creating new housing where none exists, in areas such as this plan scope, is less disruptive than redevelopment within established neighborhoods. That said, what ever we do or don’t do with the regulations, or what ever any developer may wish to do, I hope we can all agree that Taco’s Por Favor needs to somehow be preserved through what ever changes come to the area when the train arrives. I know I’d personally hate to lose affordable burrito accessibility within a walkable proximity in the area. 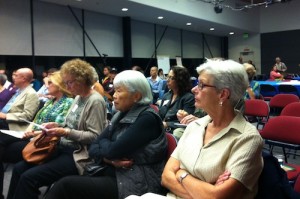 On the mobility to the future Expo Station front, there was a lot of support for the ideas of protected bikeway connections between SMC and the hospitals at the breakout table I sat in on, as well as bike share to help facilitate that. There was unanimous sentiment that the pedestrian realm needs improvement, especially crossing the freeways. There was also a lot of support for local bus circulation, possibly small shuttles that focused on this station being a site for resident connectivity to the rail.

The challenge with shuttle style buses will be the need for securing additional operating funds, because smaller buses at higher frequencies creates a trade off of requiring more ongoing labor hours even if we can easily secure the capital for the buses themselves. This is also where the challenge of acknowledging trade offs comes in, because there was also a lot of support for expanding parking beyond the capacity of the lot Metro is providing, and subsidizing and mandating parking are corrosive to the economics of expanding transit service by undermining ridership.

On the whole there was a lot of support among those present for forward looking goals for the area, and improving mobility beyond just the car paradigm even if still a sentiment for more parking, but it was concerning to me that only the staff seemed to express any points on housing affordability. Those for whom the affordability of the local housing market is most pressing, remain largely left out of many of the discussions shaping the future of the city. The hospitals generate frequent complaints about traffic and parking, but when so many nurses and nursing assistants cannot afford to live in Santa Monica or even close to it, we are in part reaping what was sown by decades of stifling housing in Santa Monica during a time of regional population growth.