Home Uncategorized The City Wants to Know How to Get Younger People Involved, Let’s... 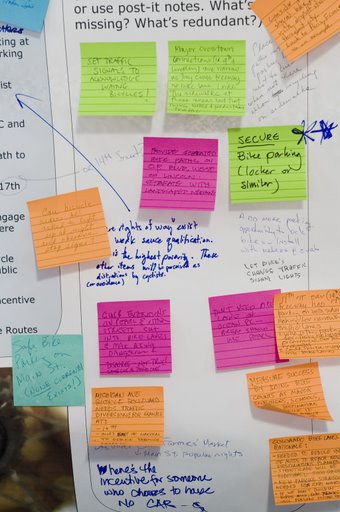 How can Santa Monica grow into a city of the future, if so many of its decisions are made by and informed by an older populace? This question is becoming a louder and louder one even as the City of Santa Monica has made strides in trying to get younger people more involved in the public process of planning, law making, and just thinking about the future of the City.

A November 4 Daily Press article also examined why public meetings are dominated by older residents and found that for many younger people, Santa Monica is just too expensive to live. This leads to a predominantly older crowd making decisions that are going to impact the city for generations to come.

While Santa Monica is definitely a more affluent city than many others, median income is $10,000 higher than the rest of the state and average income is roughly double, the number of people of working age is not too far off the state average.  71% of the population is between the ages of 18 and 65 according to the 2011 census update, compared to 65% for the rest of the state. However, the lower than average number of children points to a population that isn’t raising families, at least not in the numbers of the rest of California.

So we know there is a younger population in Santa Monica, the question is how to get it more involved? To its credit, the city has tried some innovative ideas, such as Pop Up Mango, but leaders still complain about a preponderance of “gray hair” (to use the Daily Press’ term) at public meetings?

Over the next couple of weeks, we’re going to explore this issue with leaders, active millennials and the Santa Monica Next team. I’ll be kicking off the fun early next week, but if you have any ideas you want to share, put them in the comments section. If you have an idea you’d like to flesh out, drop me an email at damien@santamonicanext.org.