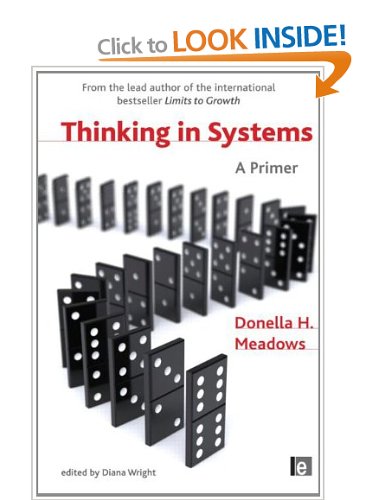 For my first post of the New Year, I’d like to talk about the concept of bounded rationality, a phrase introduced to me recently upon reading Donnella Meadows book Thinking In Systems. It’s one of those concepts that is quite simple, but upon learning it, left me with sort of “aha” moment of clarity, articulating more solidly something which I had vaguely known.

Bounded rationality is at a basic level, a concept explaining that the capacity for rational decision making is limited by the information one has, cognitive limitations of the mind, and the time available to decide. To various extents we all make our choices within “bounds”, but we are also capable of pushing those boundaries outward, as well being self aware that further information exists beyond.

Within the context of local political discussions in Santa Monica, there is a lot of what I perceive as entirely irrational debate, but I am also operating from different sets of information that isn’t always shared by all parties. To take one recent example, Bill Bauer, couldn’t resist more dismissive whining about bicycling and bike lanes in his year end column of judgement on events in 2013. He pads his case by suggesting cars outnumber bicycles on our streets by 100-1.

What’s problematic about Bauer is not simply a matter of his having an opinion with which I usually sharply disagree, it’s that he’s operating from an entirely different set of “facts” framing the basis of understanding the reality we live in. His rationality is thus bounded (perhaps self deliberately) in such a way that excludes many of the vital points of information that form the foundations of my own views on what local priorities should be.

Back to that claim of cars outnumbering bikes 100-1, first of all it appears to have no basis in anything of than it sounds consistent with what Bauer imagines. Actual data on bike travel is unfortunately somewhat limited, but we do know in the latest Census Community Survey released for Santa Monica, that bike commuting for Santa Monicans is up to 5.2% mode share, up from 3.4% when the bike plan was passed. While this is still modest, the growth, 53% in just a few years is notable, and with an abysmal nationwide rate, 5% is enough register as something different is going on.

However to base our understanding of who is biking locally, and how much, on commuter data alone, again raises the issues of bounded rationality. What the community survey considers commuting trips, hardly captures the full range of trips people take, and there are certain trip types where observation tells me bicycling is popular, but isn’t captured by the census.

At the Santa Monica Sunday Farmer’s market, a handful of street parking spaces are converted to temporary bike corrals that park hundreds of bikes regularly. Certainly where 8 car spaces are traded out for 400-500 bikes served is not a 100-1 ratio of cars over bikes. In delivering masses of people to a single point with limited parking nearby parking space, bicycling really shines. Where cycling ridership is greatest also is frequently not the suggested best driving route. Someone who see’s the city by a windshield perspective is less likely to encounter most people riding and drivers are often complaining they can’t see us when we’re there. So underestimating how many people ride is not exactly surprising from those who don’t.

The point of bikeways and cycling facilities is well to facilitate ridership growth, by making it easier for those “interested but concerned”, who would like to ride, but need more consistent provisions to consider it. The total numbers may by modest at this point, but the signs of growth are evident, indicating the bike plan implementation is working as intended.

Why would want this shift also involves operating on different information.At a bigger picture level, there is information of critical importance, that informs my decision making, and I know that of many others, in which bicycling is one component in a suite of mitigating urban solutions. The rapid acceleration of climate change driven by human released greenhouse gas emissions, concerns over the depletion of finite resources, are two such major defining issues for my generation and the 21st century.

These  and other big picture issues are conspicuously absent from the analysis of Bauer and those like minded.. It seems to me only by ignorance, willful or otherwise, or just an absence of concern for the generations inheriting this earth, that one can arrive at new bike lanes as one of the great local tragedies of 2013, and a new parking structure for housing more cars downtown our greatest achievement. Also notable to me is Bauer’s scrutiny of costs regarding Tongva Park, perhaps deservingly so, but zero mention of the parking structure that costs 10s of millions more and went over budget with delays. I guess parking is worth any cost.

I by no means believe I have all the answers, but I continually seek to extend the boundaries of information I consider in choosing what I advocate. Sometimes this pursuit of information reaffirms my prior choices, but I’ve also been tweaking my prior stances when new information contradicts or adds new facets to what I believed before. To the fullest extend possible I try to present accurate facts to support my opinions, and own up to falsehoods if it turns out something I shared was wrong.

It is my wish that in 2014 the Santa Monica local political discourse could begin bending toward something that at the very least resembles everyone operating on the same plane of existence, if not agreeing on policy responses. However I suspect the actual trend will be toward further entrenchment of fully separate realities incubated in online echo chambers like some of the local Facebook groups already floating around. I admit to being at a loss of how we arrive toward a debate of shared factual understandings, but if any readers have some ideas on this, I’d love to hear them.