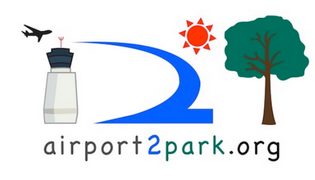 In the wake of recent developments in the City’s lawsuit against the Federal Aviation Administration, the question of how the airport would be repurposed remains. One prominent idea involves the creation of a large, multi-purpose park. This possibility is led by a group called Airport 2 Park, “a coalition of community groups and neighbors formed to promote the creation of a great park on the land that is currently Santa Monica Airport.”

Legal issues aside, one roadblock in the park’s implementation is the vocal opposition that inevitably arises in every large-scale public project. Airport2Park’s Frank Gruber states the problem and its forthcoming solution:

“There’s an overwhelming demand from residents to replace the airport with a park, but some critics claim we can’t afford it, so we’re bringing together the most knowledgeable people we can find to take a hard look at the facts and clarify how we can make this once in a lifetime opportunity come to fruition.”

Who: The panel discussion will be led by four leading thinkers in public finance and development and will be hosted by former Santa Monica mayor Michael Feinstein. The speakers include:

What: The four panelists will discuss the financial aspect of the creation of a new Airport Park. Topics will include capital and operating costs, park bonds and the availability of governmental grants, possibilities for philanthropic contributions, and the social and economic benefits of a park.