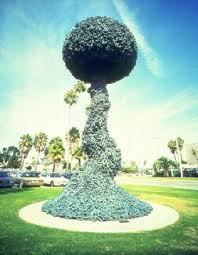 For this week’s featured event, we turn to the Santa Monica City Council. Among the many items that will be up for discussion at the Council meeting this Tuesday, one particular topic is of a particular interest to the SM Next team, having already discussed it from two separate vantages. Titled as the “Community Civic Engagement Strategy (CCES),” agenda item 8-D is an initiative that aims to bridge the generational gap of people who participate in local government.

City Manager Rob Gould describes the problem succinctly: “Civic engagement is an integral component of community life. Yet, local government has been slow to make use of emerging methods of connecting with citizens and promoting participation. Reliance on old models of engagement may mean that some segments of the population are left out of the process.”

There are two major facets of this problem. The first, which Sirinya Matute analyzed on this very site several months ago, is the inaccessibility of council meetings to younger generations. More specifically, the several-hour length of many meetings contributes to young professionals’ inability to attend. If someone came into the meeting with a passion for a specific topic, they would likely have to wait through issue after issue until they were given just a few minutes of time. This creates a system in which the council meetings, where many projects or issues are decided, are attended only by the most dedicated members of the community. Yet, if the same set of people show up to each meeting, a large segment of Santa Monica’s population is left entirely out of the process.

So, how can we fix this problem? SM Next’s Damien Newton contends that the government needs to learn to “embrace the digital.”  To quote the article, “If Santa Monica wants to know what millennials and young professionals think, the place to find those people is online, especially on social media.” The Santa Monica staff seems to agree, as one of the primary proposals in the CCES is a “Technology Platform.” Other proposals include biennial Santa Monica Talks meetings and a Citizen Academy.

In order to comment on this initiative and its accompanying proposals, attend this week’s City Council meeting and keep an ear out for agenda item 8-D!