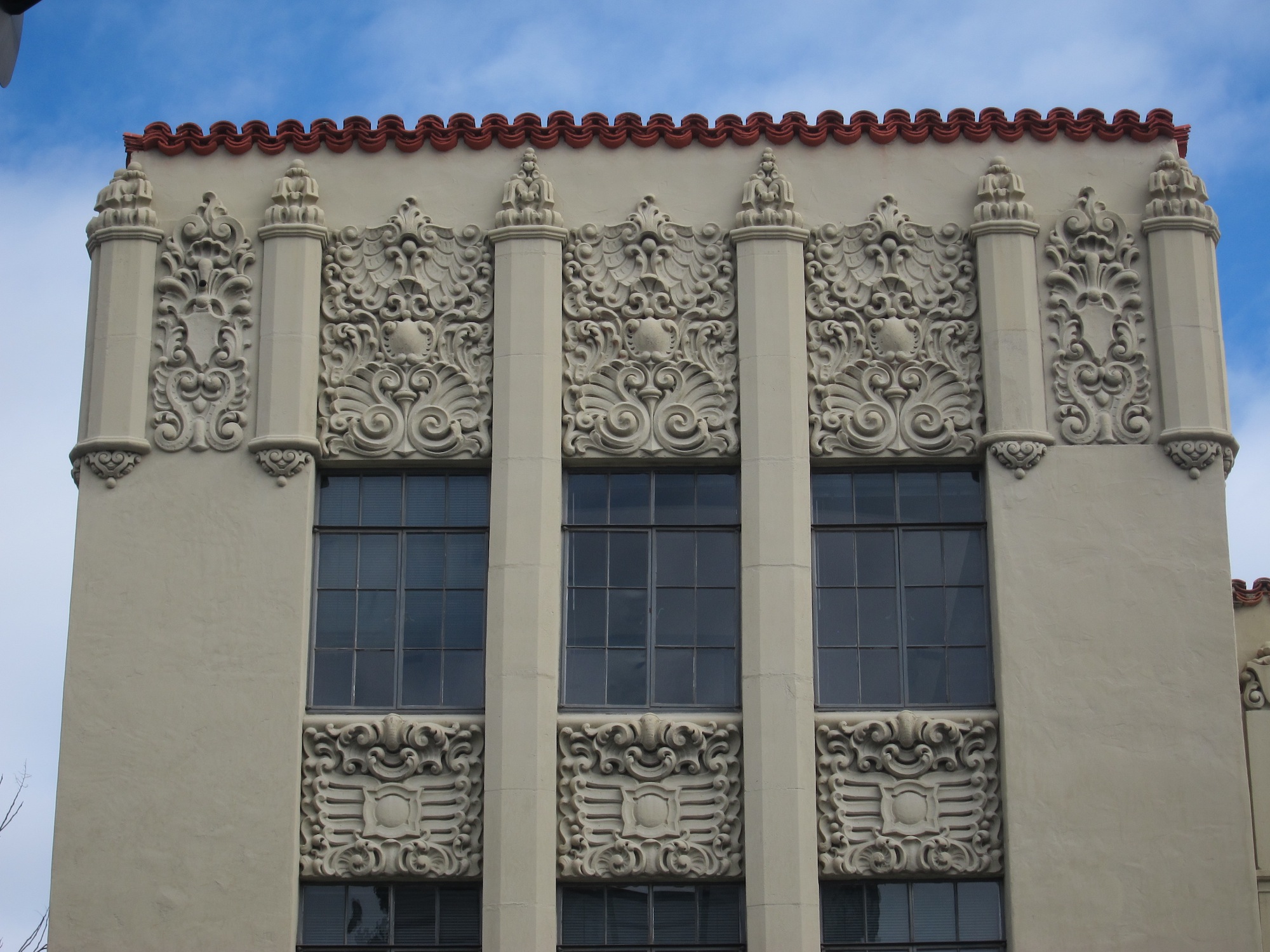 With Santa Monica buzzing these days with questions about where the city is headed, a dozen people set out last Saturday and turned their attention not to the future, but to the city’s past.

The group was led by a guide from the Santa Monica Conservancy, a local preservation agency that hosts weekly walking tours of downtown Santa Monica. The tours reveal the city’s rich history often hiding in plain sight amid the more familiar and newer landmarks.

It’s a fun journey back in time, when downtown streets went by other names such as Oregon and Utah, and the city was struggling to find its way. The city’s past can be discovered by simply walking around and taking notice of the history embedded in buildings still standing. And by remembering those structures that are no longer here.

The tours start, appropriately enough, at the city’s oldest building, the Rapp Saloon at 1438 Second Street, a brick structure dating to 1875. Before downtown had the many brewhouses of today, the Rapp was the place to go for fresh tap beer.

In 1888 the Rapp made a curious transition from beer hall to city hall. The building later functioned as a radiator repair shop, movie studio storage facility, piano tuning shop, and art gallery.

The varied incarnations of the Rapp Saloon illustrate the ever-changing nature of the city’s history and fortunes since it was incorporated in 1886.

“The story of Santa Monica is like a roller coaster,” says Kay Pattison, a longtime resident who coordinates the conservancy tours, referring to the city’s many boom and bust cycles.

When Pattison first arrived in the early 1960’s Santa Monica didn’t have such a great reputation. The word people most often used to describe it, she remembers, was “seedy.”

“People kept telling me, ‘Santa Monica is terrible, don’t go out there,’” Pattison recalled. “They said it was filled with druggies and substance abusers.”

The development of a pedestrian mall in 1965 on Third Street failed to elevate the city’s image, but recasting it as the Third Street Promenade two decades later did the trick.

Some of the tour goes along the Promenade where you can see an almost seamless blend of old and new.  The clothing store Zara at 1338 Third Street is housed in the historic W.T. Grant Building, a 1936 structure with Art Deco and Streamline styles. The building’s transition from discount department store long ago to an upscale fashion shop now mirrors the city’s own evolution of growth.

If you look above the doorway to the athletic clothing shop Athleta at 1318 Third Street you can see a whimsical shelf of books forged in the building’s masonry, a tribute to the bookstore Midnight Special once located there.

In fact, a lot of the tour involves just looking up.

“When you don’t look up you miss so much of the detail and beauty that is still here,” said a local resident, Jean Fleet, who toured this past Saturday with her husband, Michael.

Look up and you’ll be rewarded with the ornate flourishes of the Spanish Baroque Builders Exchange structure on the southeast corner of Fourth Street and Broadway Avenue. It was completed in 1927. Two years later, tour guide Dorothy Jewell points out, the cartoon character Popeye was created in an office here.

The tour has some nice touches, including walking through a door at the historic Georgian Hotel on Ocean Avenue that was once used to gain access to a speakeasy during Prohibition.

While it’s too late for those buildings, Pattison and the conservancy are focused on saving as much of the city’s history as possible. The Rapp Saloon was the city’s first landmarked building in 1975. It’s owned by the American Youth Hostel and used for community gatherings.

There are 88 landmark structures in Santa Monica, Pattison said, part of a preservation effort by the conservancy, which was founded in 2002. “The past is always with us, and we are formed by it,” she says. “It’s good to look back and appreciate where we came from. People look at Santa Monica with new eyes after they take the tour.”

The two-hour tours begin every Saturday at 10 a.m., gathering first alongside the Rapp building at 1436 Second Street. You can call 310-496-3146 for more information or make an online reservation here. Tours cost $10. You can also take a self-guided tour by picking up a map for $3 at the Hostelling International Travel Store, 1434 Second Street.