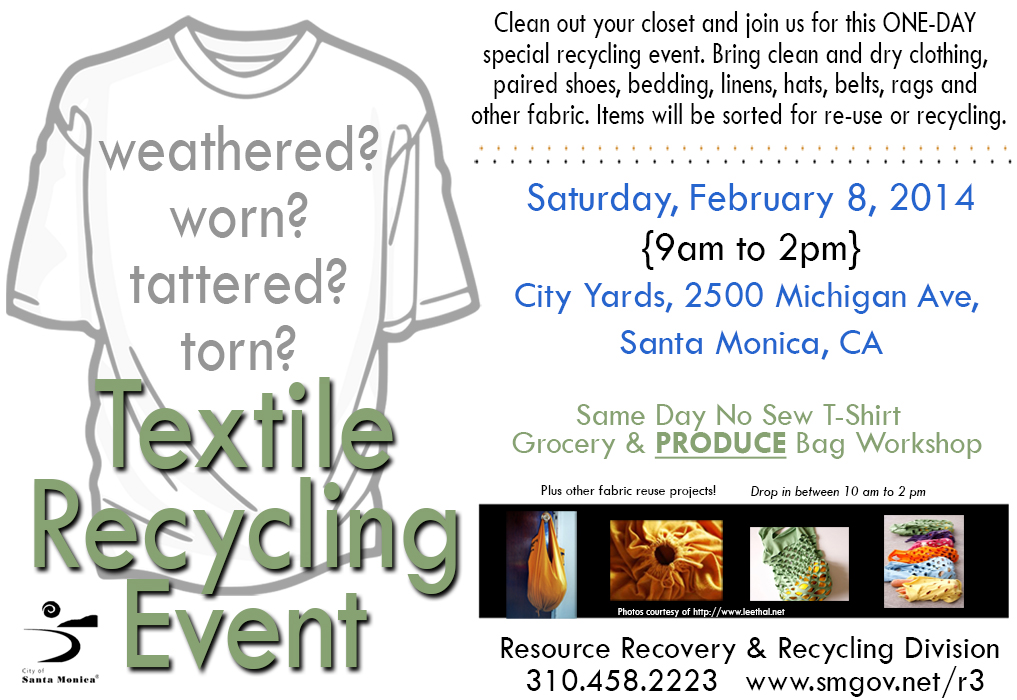 In a city that prides itself on working towards a sustainable future, textile recycling remains an oft-overlooked practice. Although glass, paper, and plastic recycling are all important steps in developing a zero waste city, textile recycling is equally necessary. As such, the City of Santa Monica has planned two textile collection events for 2014, the first of which will take place later this week.

Who: The City of Santa Monica will be hosting this event, representing just one of the many ways in which the city gets involved in local sustainability.

What: This is the first of two textile recycling events. Attendees are encouraged to bring clean and dry clothing, paired shoes, bedding, linens, hats, belts, rags, and other fabric.