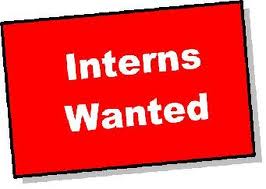 We’re looking for a journalism/political science/English/writing/planning student who wants to tackle a large research project this summer. While we don’t have the funding to pay for the project, we can work with your college to make sure you earn college credit, will reimburse for any costs (travel, photocopies, etc…) associated with the project, and will publish your work under your own byline. You’ll have a chance to work with Santa Monica Next and Streetsblog staff and will be able to create your own work schedule.

Basically, we’re looking for someone to help us research the “facts” used on both sides of the debate on Santa Monica Airport (SMO). As I’ve covered some of the debate around SMO, I’ve discovered that my personal feelings about it have made my coverage more opinion than news. That’s ok for a website such as Santa Monica Next, but I’ve also noticed that in this debate people talk past each other. There’s very little agreed upon facts. Heck, people can’t even agree what the majority of their neighbors feel about the airport.

That’s something that needs to be fixed so that Santa Monica can have an honest discussion on the future of the airport. That’s where you come in.

Together we’ll comb through the arguments being made and create a list of claims and questions. Then, with some guidance from me and the rest of the team, you’ll research the information behind the arguments. When we’re satisfied we’ve come to the truth of the issue, we’ll work together to publish the results. By the end of the project, you should have a series of published works to point to for future writing jobs. We’ll have the factual cornerstone to hold a true debate.

If you’re interested, drop an email to damien@streetsblog.org. Include a writing sample and resume.