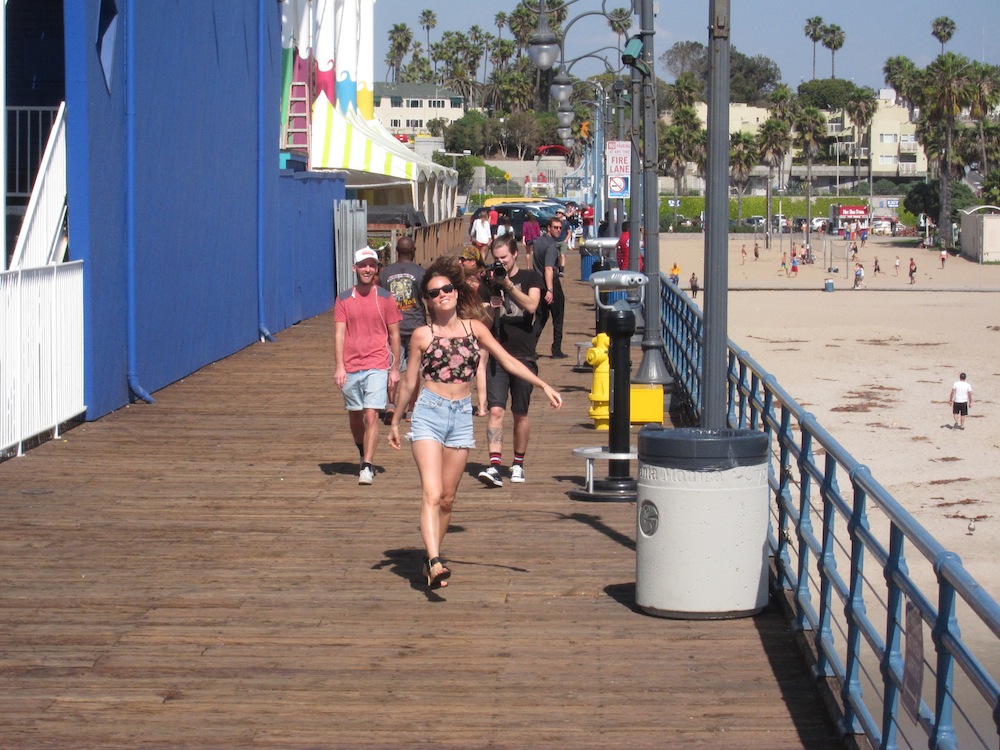 When Santa Monica hatched a plan to measure the happiness of its residents, Mayor Pam O’Connor admitted that “our idea may seem a little out there to some.”

The city’s proposal, however, wasn’t so far out there after all. Santa Monica was awarded a $1 million grant last March by the Bloomberg Philanthropies’ Mayors Challenge to create an index of wellbeing for Santa Monicans.

So if money can’t buy happiness, the city is banking on the premise that grant funding for statistical research might do the trick. The city used the funds to award the RAND Corporation a $650,000 contract in November to help create Santa Monica’s first Local Wellbeing Index. RAND will partner with the the New Economics Foundation, a British think tank that aims to promote economic justice throughout the world.

The city also created a staff position for wellbeing project manager, and filled it in November by hiring Brianna Freihet, a public administration consultant with experience in the nonprofit and private sectors.

One year after earning the grant, the city’s wellbeing project is keeping to an “aggressive timeline,” according to Julie Rusk, assistant director of Community and Cultural Services and a lead staff person for the project. The goal is to complete the index by summer.

Work now includes creating an inventory of available data and also determining what information needs to be measured. Researchers intend to combine objective data such as crime statistics with more subjective information such as public perceptions of safety.

Once finished, city officials intend for the wellbeing index to be a practical guide that shapes city policy for years to come.

“It will not be a static report that sits in a drawer. It will be a dynamic, living measurement tool,” said Rusk.  “It must appeal to and be easily understood by a variety of audiences. Improving community wellbeing is a participatory effort. If we can’t understand it, then it’s of no good to anyone.”

In moving ahead with its wellbeing project, Santa Monica joined a growing international movement that calls for governmental leaders to create policies that cater to the general state of cheerfulness of its citizens.

These are happy times for the wellbeing movement, which traces its roots in the early 1970’s to Bhutan, a tiny Himalayan kingdom. Bhutan discarded the traditional Gross National Product as a measure of how well the country was faring and instead developed the world’s first Gross National Happiness index.

Since then, policy advisors and social researchers have championed the cause for wellbeing measurements, a field that is gaining traction and earning serious attention from government policy makers around the globe.

The Earth Institute of Columbia University issued a “World Happiness Report in 2012, a major document that outlined just how important this field of study has become. The researchers understood, however, that there would be doubters.

“Happiness seems far too subjective, too vague, to serve as a touchstone for a nation’s goals, much less its policy content,” the authors said. But they added that, “happiness, though indeed a subjective experience, can be objectively measured.”

Those working on the Santa Monica project understand that there are challenges because this a groundbreaking study for a local government. But they are decidedly upbeat about the project.

“There will always be skeptics, but we’ve found that skepticism tends to fade away the more people understand the science behind wellbeing and what’s so innovative about a local government entering this space,” said Rusk. “Ultimately, wellbeing is an underlying core value of this community. Overwhelmingly, the concept resonates with our community members.”

Later this year the project team will reach out to the community to help gather information for the index, Rusk said. For now you can follow the project on the city’s Facebook page, which happily has 642 likes.