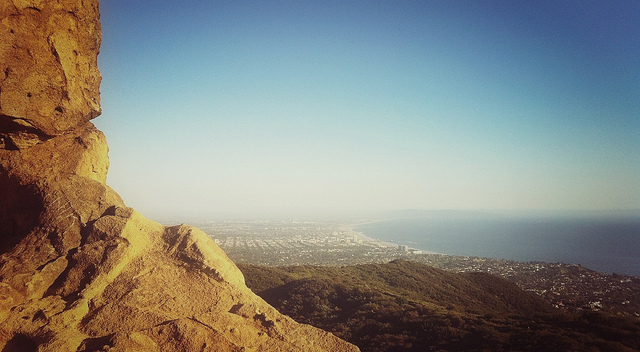 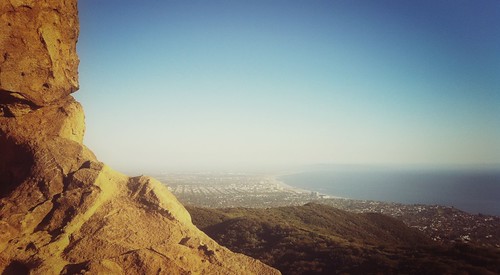 In Santa Monica’s local politics, there is a camp, one of the more active and vocal, sometimes loosely refereed to as “slow growth”, or “no growth”, or sometimes just “anti-development.” There is variation within the generality of the characterization, and a range of motivations, but the unifying themes appear to me as being smaller is always better than bigger, and the established status quo is generally better than new changes, new directions, and new people in Santa Monica.

While I find myself more often than not in disagreement with the no/slow growth crowd here, I would not necessarily identify myself as being the usually posited opposite of “pro-growth” even as I might support some policies and developments which would allow further growth to occur in Santa Monica. Attempting to reconcile this seeming contradiction, which I mull over in my own mind frequently, requires some reflection on what is meant by “growth”, and stepping outside of binary political oppositions.

When it comes to goals, there is perhaps no more frequently utilized word in the English language than growth. Every politician promises growth, GDP growth, job growth, among others. Usually all summarized under just espousing pro-growth or for growth. Do a text search of any major political speech and you’re likely to find “growth” repeated in there many times. Especially at the national level in the U.S., there is basically no such thing as a no growth stance.

However, growth can mean very different things in how it both used and interpreted. It is an exceptionally malleable word. One person’s much desired job growth can also become another’s feared traffic growth. Growth in gross domestic product can be a growing prosperity, or the growth of medical expenses for preventable diseases. “Growth” is neither universally bad or good.

Returning to the Santa Monica context, I find some modest “growth” to be a genuinely desirable outcome. When I say “modest growth, I mean predominantly mid-rise 4–7 story development, mostly housing, concentrated on our presently and soon to be, most transit and bike accessible mixed use corridors. While this growth is still considered too much by some, I find it to be“less bad” than alternatives like further regional sprawl. A life without a car gets easier and more enriched with more people around per square mile because you can support a greater variety of businesses and services within shorter proximities. Many cities and towns in Europe are such a pleasure to walk not just by street design, but a certain compactness of land use and density of both people and range of local ground level businesses. I’m less concerned with further away destinations being more conveniently drivable than I am with what range of opportunities exist in walkable or leisurely bikeable distances from my front door.

However the extent of my support of growth in Santa Monica is not without limits, I’m not interested in trying to replicate Shanghai around the Third Steet Promenade or some ‘Manhattanization’ so frequently invoked. I just don’t see any development fitting within the fairly modest framework laid out by the LUCE as a threat upon quality of life. Even the few taller projects considered now are well within the precedents of prior downtown development. The recent survey of residents on development issues showed a skepticism to tall building height, but also a lot more openness and support to the city’s recent direction than the anti-development crowd would like to paint when they invoke “the residents”. As the splits by age and race/ethnicity indicate as well, what some people mean when they broadly invoke “the residents” as some united block, is really predominately residents toward the older and whiter spectrum of local opinions.

There are however ways in which growth takes shape which I find far more concerning than anything on the table in Santa Monica, such as development which continually spreads the footprint of suburbs and exurbs across ever greater land areas and into more problematic terrain. Development into the more arid and desert regions for example has far greater water impacts when bad water habits travel with. I’ve heard people invoke water concerns to halt any growth in Santa Monica, but for example the population of Palm Springs is half that of Santa Monica but it uses in total more than double the amount water, and has one of the highest daily water use per capita figures in the state. When some invoke growth as a negative, it is reduced to largely meaning that of local population and the D-word, density, but the relationship between population and consumption is not a linear one. Not all forms that growth takes carries the same impacts.

One of the ways in which outward expansion growth can be put in check is a regional land use policy of growth boundaries. The Portland, Oregon metropolitan region and Chico, California are two municipal areas I happen to know of offhand that put growth boundaries in place to limit how far housing and commercial development can extend outward in certain directions, protecting agricultural or undeveloped lands. The declaration of state and federal park lands can also function to create such boundaries, which has protected parts of the Santa Monica Mountains from encroaching development into the hills.

At the broader scale of “the economy”, there are many incentives as well imperatives to growth, such as in the form of the all mighty GDP targets, the sum total of monetary transactions, that are embedded in the DNA so to speak of our economic institutions. Without “growth” there is recession as economic relations are structured, with cascading consequences to employment and many other aspects of the life of our society. If the perpetual “growth” imperative is challenged in one municipality here or one there, but we leave the deeper systems driving a perpetual need for growth unchallenged, growth doesn’t stop, it just goes somewhere else or in some other form. Perhaps another speculative subdivision in even drier and more water stressed Texas or Arizona.

I readily admit I am not any formal expert on macroeconomics, but it has become undeniable to me that our present systems contain critical flaws from the outlook of long term sustainability and resilience. Many of the authors that have been influential to my thinking on sustainability were directly involved in or were significantly influenced by the famous 1972 book “The Limits to Growth”, an early effort to use computer modeling to project potential future resource constraint scenarios. There are movements and schools of thinking at the edges of mainstream economic thought that are seeking to challenge our economic paradigms at the root level, such as steady state economics, ecological economics, and the “Degrowth movement” which explicitly positions itself not just against growth but toward a deliberate contraction of the economic growth which stresses the life support systems of our planet.

So while I may be supportive to “growth” in the Santa Monica context, within certain limits and caveats (such as I explicitly seek to reverse the growth of car travel), I do not broadly consider myself “pro-growth” necessarily and I am in fact deeply skeptical of growth as the overarching focus and goal of our society and economic systems. I believe growth in many forms should be challenged, rethought, and that a more nuanced discussion of what kind of “growth” we are talking about is desperately needed. A growth in the number of trips made by walking, biking and transit, has very different implications than car trip growth. Growth in one place does not have the same impact as in another place.

Mostly mid-rise infill development in Santa Monica anchored to transit oriented corridors is not the sort of growth that I lose sleep over at night. it is not the growth driving deeper petroleum dependency, or bulldozing farms, undeveloped lands and wild habitats. Within our cultural tendency toward binary reductions, it is easy to frame pro-growth and anti-growth stances as polar opposites, but I would characterize my relationship with growth as, “it’s complicated”.