Home Uncategorized With Petition Filed, There’s Time for Bergamot to Cool Off 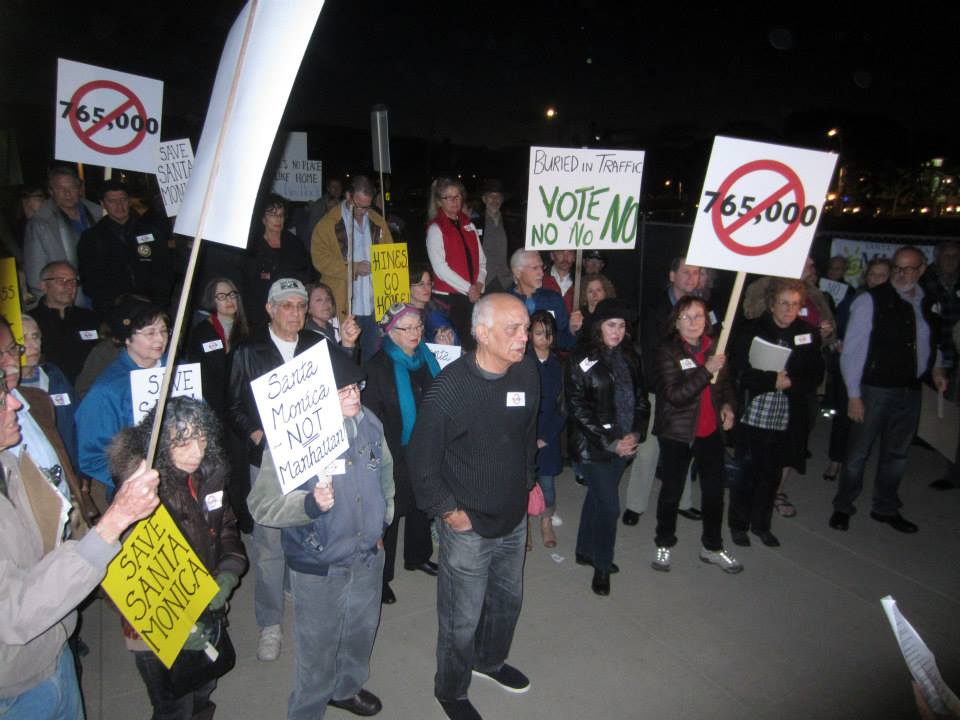 Last week, a coalition of community based organizations turned in a petition to create a referendum to overturn a 4-3 City Council vote to allow the redevelopment of the old Papermate site at Bergamot Station. Residocracy, Santa Monicans for Renter’s Rights and the Santa Monica Coalition for a Livable City turned in over twice the needed number of signatures, all-but-assuring the referendum will be on this fall’s ballot or on a special election called by the Council. The Council itself will also have a chance to overturn its own vote instead of facing the voters.

Santa Monica Next has no position on the project, the referendum or anything having to do with the controversial transit village plan. The coverage of the council votes and petition drive by Lindsey Miller were even–handed. Gary Kavanagh published an opinion piece that voiced his support for the Transit Village, after a thousand words of qualifiers.

Truthfully, it isn’t an easy project to completely get a handle on.

That being said, there’s been a definite current of hostility from those that oppose the project against those that support it and vice-versa. While the majority of those active on each side of the debate believe they are fighting the good fight, the level of invective has led to some ugliness in what should be a debate over how a city grows. When one side of a debate refuses to even consider the other side’s points on merit, and instead immediately assumes their rivals are either stupid or corrupt, then the level of discourse breaks down.

Now that the excitement of the petition drive is over and we await a pair of government actions, it is the time for cooler heads to prevail. There is plenty of time  to reframe the debate while city and County Recorder validates the petitions and the City Council votes on whether to uphold its 4-3 passage of the plan or bow to the wishes of the community groups and the 13,000 signatories.

Let’s start with the basics: the people opposed to the referendum to rescind the Hines Bergamot Transit Village are not automatically evil or on the take.

A lot has been made about a series of donations made to Santa Monica Mayor Pam O’Connor in 2008. A group of Hines executives all donated to O’Connor after her successful re-election campaign to retire over $4,000 in debt. Charges that O’Connor should have recused herself from the vote and shouts that this is an example of corruption have been rampant. When it’s pointed out that it’s ridiculous to think that a politician could be bought for $4,000 when she is literally one of the most important leaders in Los Angeles County, the argument then becomes that she should recuse herself because she shouldn’t create the appearance of corruption.

On the other side of the coin, Residocracy received a $10,000 donation from The Huntley, a business that has a tradition of stoking anti-development fervor for its own benefit. While referendum opponents aren’t as loud in calling this donation into question, there has been a whispering campaign on social media and  in private conversation that Residocracy is astroturf – fake grassroots – and that The Huntley donation is the smoking gun.

Let’s be clear: It’s as unlikely that the leadership of Residocracy changed their opinions or selected their projects just to get money from Huntley as it is that O’Connor voted for the Hines project because of a contribution made to her campaigns in 2008.

Traffic projections aren’t exact science. The above graph shows how the amount of car traffic generated by a project is often wildly inflated even with subsidized parking included. Given that this project would be next to an Expo Line train station and attractive bicycle lanes, and the Big Blue Bus, and that the project includes a series of fixes to the local pedestrian grid, there’s every reason to suspect that the projections are inflated.

Proponents of the referendum argue that a new project could be more transit focused and produce less traffic by including more housing and more affordable housing. In the Mirror, former Mayor Mike Feinstein shows that argument to be historically true. However, there are no guarantees and it’s just as plausible that a future development will be even more traffic creating than the current one. And as city staff and elected officials point out, Papermate doesn’t need to come back to the Council to create this sort of development. Miller explains from her story on the City Council vote approving the project:

Council members feared, after spending seven years in negotiations on the specifics of the project, that if they didn’t approve or if they requested significant changes, Hines would decide to just lease out a slightly upgraded version of the building already on the site. This would place approximately 300,000 square feet of commercial space on the site and leave a few hundred surface parking spots.

Last, there’s a charge that the City Council didn’t listen to its constituents. The public process for this project stretched out over seven years and the project changed many times during that time in response to community concerns. One can certainly argue that the final project isn’t good enough, but to argue that the city ignored constituents is an insult to the staff that put together the long public process.

I am not a Santa Monica resident, but there’s a reason the Southern California Streets Initiative chose Santa Monica for its first hyper-local website with in-depth coverage of issues of land use, transportation, open space, and livability.  Santa Monica’s character has always been progressive. The politics local. The people kind, thoughtful, and forward-looking.  Slinging mud and character assassination are not what we hoped to cover. In the coming months, the fate of the Bergamot Transit Village Project and many who voted for or against the project will be decided, likely at the ballot box.

Likely also to be decided is whether or not baseless personal attacks, intentional misinformation, and out yelling those whose opinions differ become an accepted norm in Santa Monica politics or if we honor civility in our interactions and strive for discussions based in facts, even recognizing that individuals with similar values will differ in their interpretation of the same information.

May the best and truest argument win.