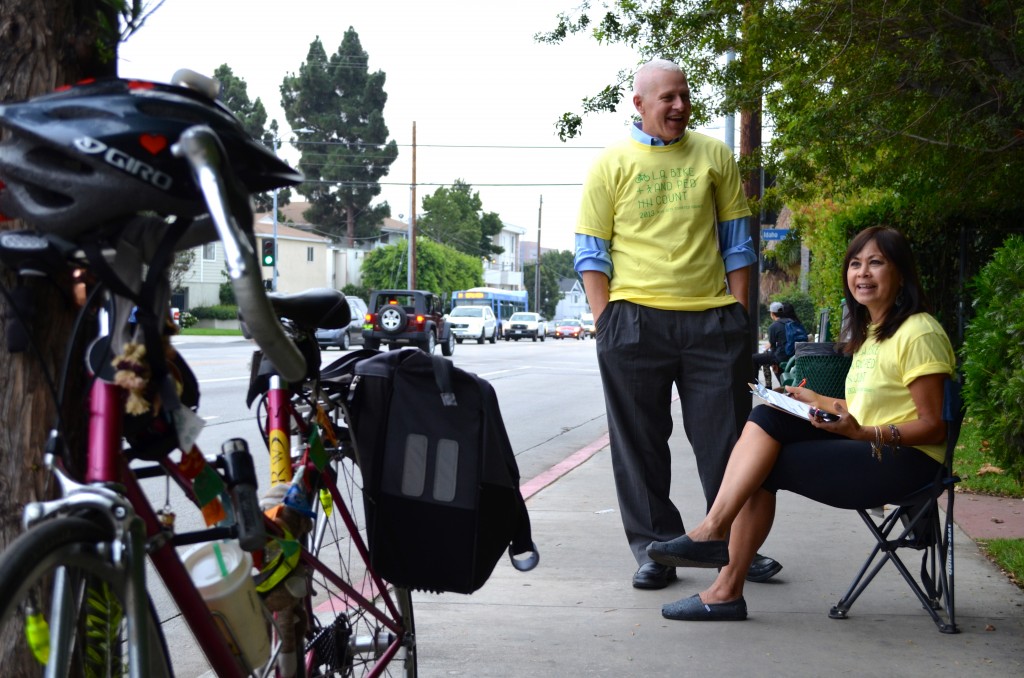 Friday night, Angelenos Against Gridlock (AAG) will host a fireside chat with Mike Bonin, the City Councilmember representing the Westside of Los Angeles. he event will take place at the Moss Theater at New Roads school, with a reception beginning at 6:45 and the event beginning at 7:30 pm. In order to secure a spot, RSVP here.

It might seem strange for an L.A. Councilmember to be a featured speaker in a Santa Monica locale. AAG rightly notes Bonin’s regional importance in their advertising: he sits on the Metro Board of Directors as an appointee of Los Angeles Mayor Eric Garcetti and is Vice-Chair of the Expo Construction Authority.

While this is all well and good, Bonin is also a player in the politics that we cover regularly here on Santa Monica Next. Here are some of the ways that Bonin is important to the future of Santa Monica, excepting his role on transportation boards.

Regional connectivity: It’s no secret that I love Bill Rosendahl, Bonin’s predecessor on the Westside. However, Rosendahl had a chip on his shoulder about the impact that over-development of retail and commercial properties had on the streets of Los Angeles. Santa Monica was a sort of boogeyman. Don’t want bus-only lanes on Wilshire in Brentwood? Blame the fact that similar lanes don’t exist on Wilshire in Santa Monica.

Bonin and members of the Santa Monica City Council are already working on regional traffic and transportation solutions instead of projects that stop at the border (going either way.)  They already reached an agreement on fixing the dangerous crossing for the future Expo Bike Path at Centinella (funding pending). More of that sort of work will make everyone’s lives west of the 405 a little better.

SMO: Mike Bonin has already introduced motions supporting the City of Santa Monica’s efforts to explore the closure of Santa Monica Airport. The private airfield is wildly unpopular in his Westside District, and if he can help focus Los Angeles on supporting the city’s efforts, it could go a long way in balancing the playing field given the out-of-town heavyweights that are weighing in with support for keeping the airfield open.

Hines/Development : Bonin’s predecessor had a knee-jerk reaction to oppose major development in Santa Monica because of the impact such development would have on the streets of West Los Angeles. In other words, he didn’t just want to Stop Bundy Village, he would also make noise about other projects: including the now super-controversial Hines Redevelopment plan for the Bergamot Station. If Bonin has a position on Bergamot, or any other project inside Santa Monica’s borders, we haven’t heard it yet.

There’s more: regional bike share, bicycle infrastructure that connects from the Westside to the ocean to name a few. While I can’t make Friday’s event, I look forward to hearing more about what my Councilmember thinks about projects across Centinella.