Home Uncategorized Asm. Bloom: Some, Not All, Voters Heard in Decision to Overturn Bergamot... 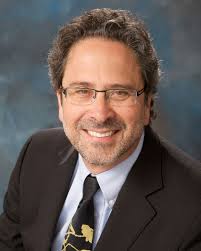 The following statement appeared in our Inbox today from Assemblymember Richard Bloom concerning the City Council’s decision to over-turn their earlier decision allowing construction of the Bergamot Transit Village. If the Council had not taken that action, the decision would have been put in the hands of the voters in November’s election after citizens gathered enough signatures from Santa Monica voters.

The statement was written after some other news outlets, not including Next, asked for comment. Thus, the reference to “last night” – DN:

“I am disappointed by the decision made by the Santa Monica City Council last night. The referendum process exists to give not just some, but all voters an opportunity to debate and be heard. The City Council flatly denied voters that opportunity. In the process, the City Council killed a project, seven years in the making, that would have brought significant community benefits to Santa Monica, not the least of which are badly needed housing stock, including deed restricted affordable housing.

“Resident concerns about traffic are legitimate subject for debate. In fact, the Hines project embodied the most aggressive traffic reduction strategies the city – indeed, most cities – have ever seen and that would have been a model for other projects.

“I am proud of the three Councilmembers who refused to “take the bait” and endeavored to protect every voter’s right to have a voice – as the Petition gatherers had promised. Regrettably, fear-mongering, misinformation and even bullying around development issues in Santa Monica are reflected in the decision to kill this project and have left our city with a black eye.”