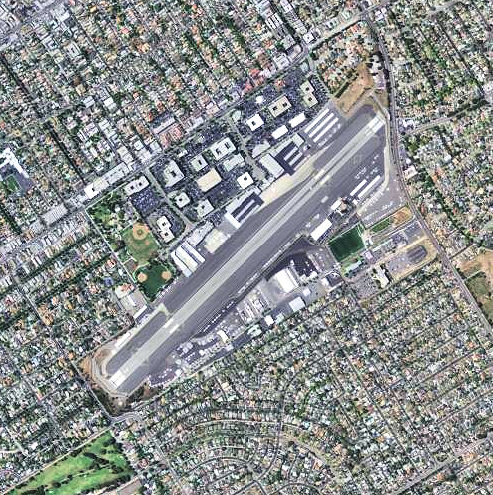 There’s a new push to put the future of Santa Monica Airport before voters, but this time it’s coming from the City Council.

As part of its Tuesday agenda, Mayor Pam O’Connor, Mayor Pro Tempore Terry O’Day and Council member Kevin McKeown will direct staff to draft a ballot initiative that would change the City’s charter to “require voter approval for any significant change in the use of the” 227-acre City-owned parcel on which the airfield sits.

But, unlike the charter amendment proposed by the Aircraft Owners and Pilots Association (AOPA), the Council’s amendment would “protect the City Council’s discretion to manage the Airport, including Council’s authority to limit or terminate particular land uses and leases in order to protect community health and welfare and the environment,” according to the Council’s agenda.

“This is about looking at and evaluating the options in light of the proposed amendment,” O’Connor told Next Tuesday.

O’Day echoed the mayor’s sentiment. “It is important that the council provide voters with a responsible option for governing the airport’s future,” he said in an email Tuesday.

McKeown agreed, though he had stronger language for the AOPA drive.

“The AOPA initiative is so deliberately and inherently deceptive, we may want to put a clearly understandable alternative on the same ballot,” he said. “Our measure will guarantee the airport’s future remains in the hands of the voters, without the hidden agenda of AOPA’s initiative to freeze current aircraft operations in place forever, even after the 1984 Agreement expires.”

After the City’s lawsuit against the FAA was thrown out of court in February, the Council voted unanimously to move forward with plans to close at least part of the Airport’s 5,000-foot runway, to restrict aviation fuel sales and to let the leases on aviation-related businesses there expire after 2015.

Two days later, supporters of the airport – with the backing of the AOPA – filed paperwork with City Hall that began the process of putting a proposed charter amendment on the November ballot that would require the City Council to seek voter approval for any land use changes at the airport.

The AOPA initiative, which needs about 9,200 signatures to qualify for the November ballot, however, specifically prohibits the Council from restricting fuel sales or letting certain leases expire without voter approval.

But the AOPA and its consultants are pitching the initiative as an essentially democratic effort, claiming that efforts to close the airport are led by developers hoping to profit from opening up the land.

The effort by the AOPA, which, according to campaign finance disclosure forms dished out $10,000 to Arno Petition Consultants, Inc. to pay for signature gatherers, has sparked major opposition by local activists.

“The AOPA initiative is not wrong because it gives people the right to vote on the future of the airport land, even though they already have that right through the referendum process,” said Frank Gruber, a long-time political observer and anti-airport activist.

While Gruber is a member of Airport2Park, a local group devoted to turning the airport into a park, he emphasized that he was speaking for himself, not on behalf of the group.

“The AOPA initiative is deceptive because it uses the right to vote on the airport to disguise its real purpose, which is to stop the City from planning any alternatives to the airport, or even from managing the properties it leases to businesses at the airport, to keep the private jet businesses in business,” he said.

Gruber applauded the move by the City Council. “If [the AOPA initiative] gets on the November ballot, it will be good to have an alternative, and it’s great that the three council members are thinking ahead,” he said.

Now that the City Council has requested it, the City Attorney’s Office will draft the ballot initiative and bring it back to the Council for approval, officials said.

The Council will then vote on whether to place the initiative on the ballot, since it has the authority to do so without a signature-gathering process.