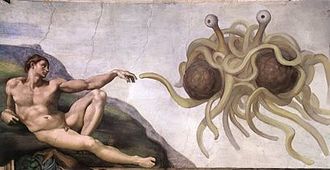 Local rock band VENICE will be the featured performers May 29 at Rusty’s Surf Ranch on the Santa Monica Pier at a fundraiser in support of a Santa Monica cultural institution.

Money raised at Thursday’s event will go to support the Church in Ocean Park, the hub of much of the bayside city’s progressive activism over the last four decades.

The nearly century-old church located at the intersection of 2nd and Hill streets was the birthplace of Santa Monica’s famous renters’ rights movement in the 1970s.

To this day, many groups committed to social and environmental justice call the church home, including Santa Monica’s Committee for Racial Justice, the California Climate Change Exchange, and The Kickass Drinking Volunteers Benefactors’ Society (need we say more?).

The Church in Ocean Park opens its space to these groups and others, including Santa Monica High School’s Gay-Straight Alliance, for events all year long and free of charge.

“While the Church in Ocean Park is an extremely busy place with all kinds of things going on that serve literally hundreds and hundreds of people every month, its small group of core members alone cannot support expensive improvements and upkeep of the historic church and at the same time support all the programs that do not bring in an income,” church officials said.

Thursday’s concert is just part of volunteers’ ongoing drive to raise about $60,000 for building improvements, computer upgrades and to boost the Church’s many programs.

Who: Thursday’s concert and dinner is open to the public. If you just want to come for the concert, tickets are $18. Admission to the pre-concert dinner is $60. Tickets can be purchased online.

Where: Rusty’s Surf Ranch on the Santa Monica Pier

“Join us… as we compete nationally and continue to build the local momentum in the National Bike Challenge!” according to Spoke’s official invite. “We’ll be there along with team members from Santa Monica Bike Center and SM City staff to help log your miles, answer question or help you enroll. Giveaways and Prizes!”

Tonight’s City Council meeting is an important one. In addition to checking in with City staff about the Santa Monica’s half-billion dollar annual budget, the City Council will make important decisions about car-share and speed limits.

The L.A. Register reported yesterday that Santa Monica and Los Angeles both hit an unexpected roadblock in finalizing their respective deals with Hertz for car-share programs.

Last year, Santa Monica decided to go with Hertz On Demand, which would have allowed people to rent cars from various locations throughout the city at hourly or daily rates, then return the cars at another location closer to their destination.

Per the Register: “Both cities were finalizing contracts in December with Hertz when the company suddenly stopped communication, the cities said.”

Both Los Angeles and Santa Monica City officials were at a loss to explain why Hertz dropped the ball, the Register reported.

The Santa Monica City Council will decide tonight whether to start the process over again and begin seeking a new company to run Santa Monica’s car-share program.

The Council will also vote on a proposal by City staff to lower speed limits throughout Santa Monica.

Based on the findings from the City’s recent traffic survey, officials are recommending limits of 15 MPH within 500 feet of schools – effective on school days only, according to staff – and 25 MPH for vehicles traveling on streets between 500 and 1,000 feet of schools.

A half-dozen commercial streets could see their speed limits reduced, as well. Officials want to turn down the speed from 20th Street and Centinela Avenue from 45 MPH to 40 MPH. From 7th Street to 14th Street, speeds limits on Montana Avenue could drop from 35 MPH to 30 MPH.

Here is a full list of proposed reductions. The City Council meeting starts at 5:30 p.m. and is open to the public. The meeting will also be broadcast online and on City TV.

The June 3 primary election is exactly a week from today. If you haven’t already voted by mail, mark your calendar and get out to the polls next Tuesday. You can find your nearest polling station at on the County Registrar’s website. Your vote next week will determine who is on the ballot in November for one of the biggest political shakeups in Westside politics in a generation.