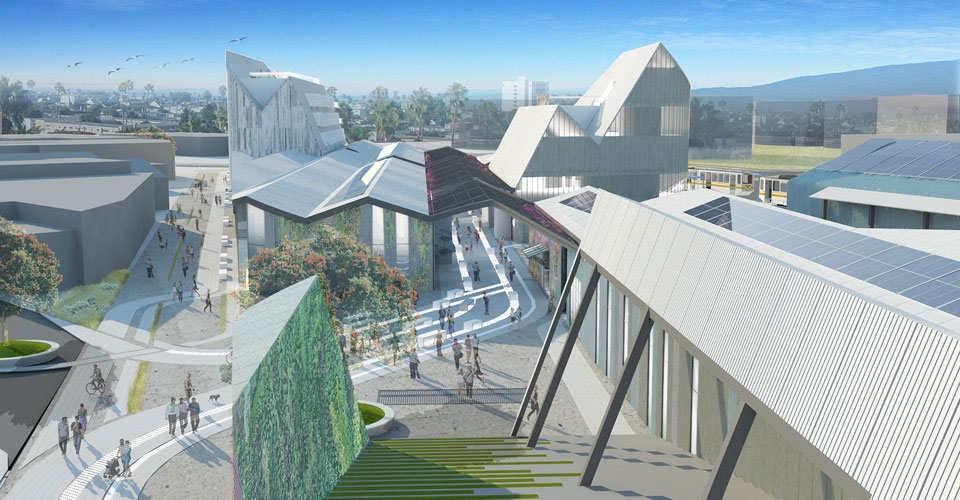 The Bergamot Station area has been mired in controversy this year due to the controversial Hines Bergamot Transit Village. However, another project for the same area has also been in consideration, one that should provide far fewer fireworks.

Just two weeks after the City Council’s 4-3 vote in favor of the Hines project, the Council convened once again to vote on the Bergamot Arts Center on February 25th. The proposed project would include a hotel, creative office space, and new space for SMMOA and other arts groups located in the current development.

“The selection process is still underway,” writes Andy Agle, the director of housing and economic development for the city. “The public will have an opportunity to hear from the three finalists tomorrow night.”

This week’s featured event serves to highlight the differences in the three development groups’ plans in a public setting. A final decision is expected by the City Council later this summer.

Who: All three potential development groups will be present at the meeting. City staff from Economic Development, Planning and Community Development, Cultural Affairs, Public Works and Big Blue Bus will also be in attendance to help answer any questions that the public may have.

What: A public meeting to meet the three development teams who were invited to submit proposals in response to the City of Santa Monica’s Request for Proposals  (RFP) for the City-owned site located at 2525 Michigan Avenue, known as the “Bergamot Station Arts Center.”