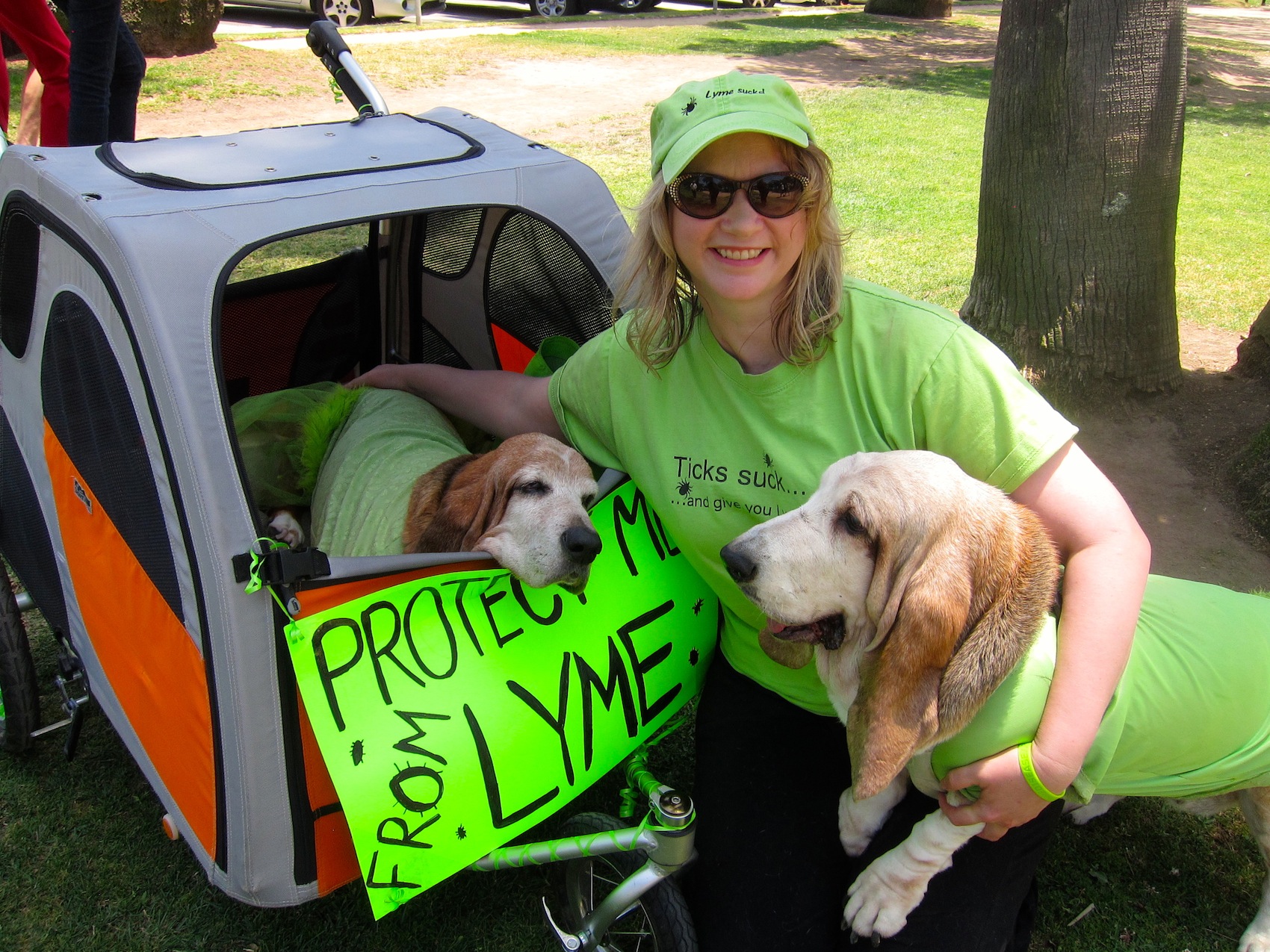 Kit Bennett’s problems started six years ago after hiking in Simi Valley. She came down with a “strange flu,” and started doing some odd things around the house.

“I was putting books in the freezer,” she recalls. Then came a strange rash and paralyzing pain, so bad that she had to crawl from one room to the next.

When she finally saw a doctor, he told her that her symptoms were due to a spider bite. She asked him if she could have Lyme disease, a tick-born infectious disease that is more common in the northeastern United States.

“He told me that there was no Lyme in California,” Bennett says.

It took a frustratingly long time before Bennett found a doctor who correctly diagnosed Lyme, or what Lyme advocates call a “Lyme-literate physician.” When she started treatment, her symptoms improved dramatically.

Bennett’s experience with a medical community that often misdiagnoses Lyme patients, furthering their suffering and delaying needed treatment, is a common one, those with the disease say. And that’s a primary reason they were out in force Sunday in Palisades Park in Santa Monica. They staffed tables and distributed information about Lyme to park visitors, part of a rally to raise awareness about the condition, one of the fastest growing infectious diseases in the country. They wore hard-to-miss lime green shirts, displaying blunt messages such as “Ticks Suck,” and “I’m Lyme Aware. Are You?”

The event in Santa Monica was part of an international Lyme disease awareness effort held this past weekend and planned by similar advocacy groups worldwide. Several groups rallied in states around the United States, while others gathered in locations in about 20 countries.

“I’ve almost died a couple of times,” says Barbara Barsocchini, a Lyme disease awareness advocate at the rally, who says she’s been battling Lyme for the past 20 years. She says she visited about 40 doctors until she happened upon one who diagnosed her condition correctly.

The delay in treatment is dangerous, Lyme awareness advocates say, because it causes patients to lapse into a chronic condition they can never eliminate.

[pullquote align=right]
One of the most common misunderstandings is that people believe they can’t get infected in urban areas. Barsocchini, who lives in Malibu, says she was infected there by ticks picked up by her dogs.
[/pullquote]

The Centers for Disease Control estimates that that there are 300,000 new cases of Lyme disease in the United States each year, an estimate that was increased tenfold this year after Lyme advocates claimed that the agency was too restrictive in its definition of who has the disease.

Lyme patients may initially suffer from flu-like symptoms and develop a telltale bulls-eye rash. But if they don’t get treatment right away, patients can go on to develop severe neurological, muscular and cognitive problems that prevent them from leading a normal life.

Another issue for Lyme patients is that current federal treatment guidelines, followed by doctors and insurance companies, state that a short course of antibiotics for a few weeks is adequate. But Lyme advocates say that patients who are instead treated with antibiotics for several months recover more completely. This prolonged treatment course, however, is often denied by insurance companies, leaving many patients to pay for it on their own.

Barsocchini, a member of the California Lyme Disease Association, says she goes around the country speaking to thousands of patients and doctors to educate them about the disease. The group also publishes a magazine called “Lyme Times.”

One of the most common misunderstandings is that people believe they can’t get infected in urban areas. Barsocchini, who lives in Malibu, says she was infected there by ticks picked up by her dogs.

She also is a member of the Los Angeles West Vector Control District, which monitors all kinds of infectious pests in the region. Lyme-infected ticks have been found in many local parks, she says, including Will Rogers State Park, Topanga State Park and Malibu Creek State Park.

Another Lyme patient at the rally, Ann-Marie O’Shaughnessy, had various fatigue and immune system problems for more than 10 years until she was correctly diagnosed with Lyme. By that time she was bedridden.

“I’m here today. I could not have done that without treatment,” said O’Shaughnessy, sporting a lime-green scarf.

O’Shaughnessy formed a Los Angeles support group three years ago that meets bimonthly in Santa Monica. It’s called the L.A. Lymie Group. Its members gather to hear speakers and share information they’ve each learned on their own about battling the disease. The group, with 150 members, meets in the community room at the Colorado Center the first Sunday of every other month.

“It just started with a few people that I know in the area that had Lyme, and we started getting together for dinner. And then it just kind of snowballed with more and more people,” she says. “It’s given me hope.”